Typo terror strikes again, and the target is Arun Jaitley, the finance minister who doubles as the Centre’s blogger-in-chief 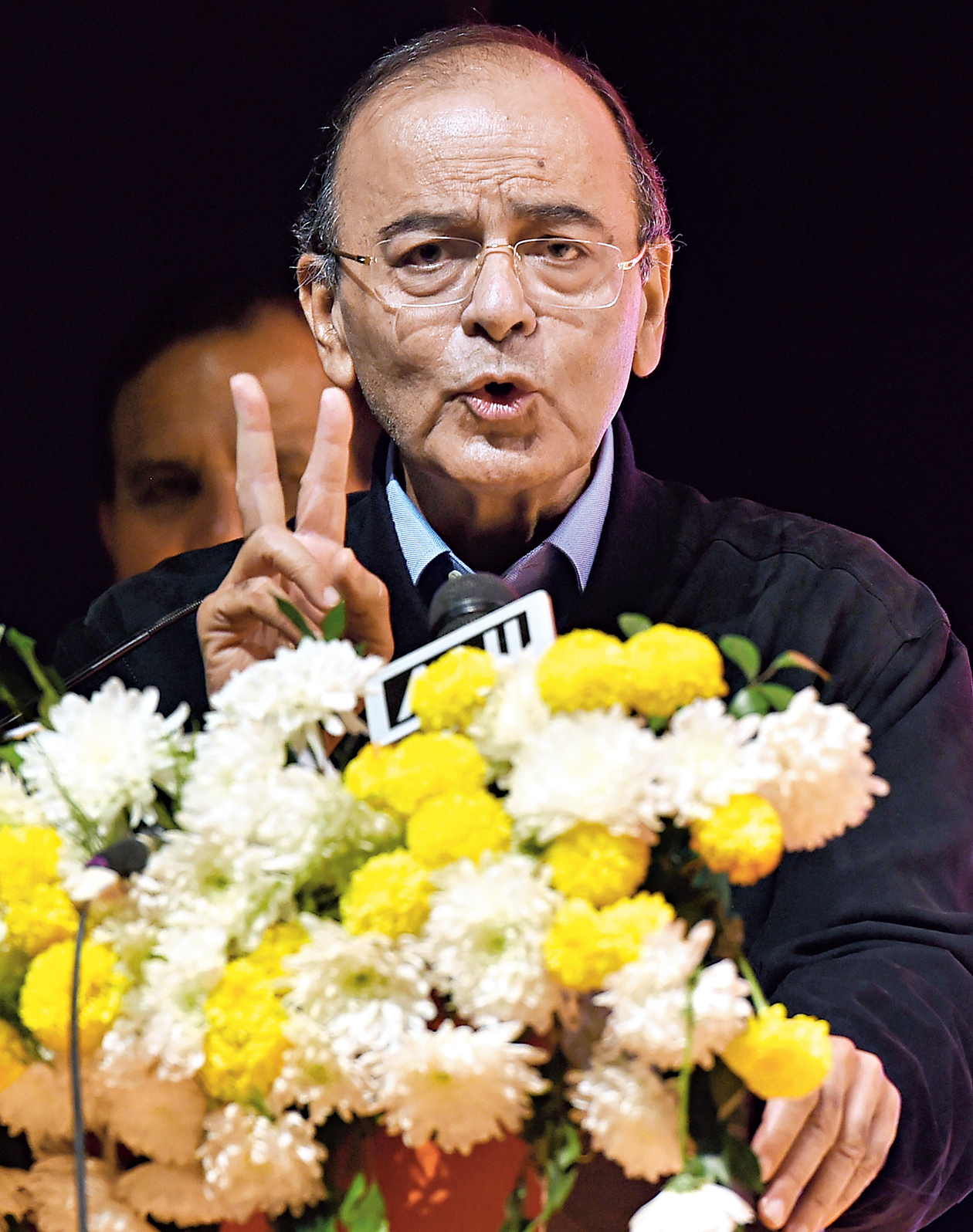 Rudyard Kipling had quoted Mark Twain as saying: “Get your facts first, and then you can distort ’em as much as you please.”

The jury is out on whether the Narendra Modi government is distorting facts or not but it is increasingly finding itself on a slippery slope when it comes to conveying information precisely and without any cause for confusion.

On Saturday, the Union defence ministry suggested that the highest court of the land may have misinterpreted the government’s prose on the Rafale deal and sought corrections by the Supreme Court in the judgment. The government’s belated acknowledgement of the mistakes, after carpet-bombing the news cycle with victory whoops, sullied the “clean chit”.

Less than 24 hours later, typo terror struck an unlikely luminary: the suave and articulate Arun Jaitley, the finance minister who doubles as the Centre’s blogger-in-chief.

Jaitley posted on Facebook a victory blog on the Rafale judgment, seeking to expose the “lies, shortlived lies and now further lies”.

Some users of the social networking site were quick to point out two errors.

One was in the very first sentence and concerned the word “has” which, according to the government, the Supreme Court, too, had mistakenly introduced in the judgment.

“All the lies spoken on the Rafale deal has been exposed,” Jaitley began his blog.

Facebook user Abhishek Mathur pointed out: “Grammar mistake in the first sentence itself.” The opening line should have said “have been”, not “has been”.

On Saturday, the government had said the Supreme Court mistook the defence ministry’s “is” as “has been” while stating the CAG report has been examined by a Parliament panel. The government apparently wanted to say the report “is” examined by the panel in the normal course but the note did not say so explicitly.

In Jaitley’s blog, another curse of the first sentence was spotted. In the very first sentence under the sub-heading “The lies that were spoken”, Jaitley said: “The fundamental truth that Bofors was a choice both for quality and price by the UPA was forgotten.”

The finance minister proceeded to argue how the Prime Minister was not alone in clearing the “transaction” but the whole gamut of government committees was involved in the decision-making.

It was plain that Jaitley had meant Rafale when he wrote Bofors.

Facebook user Bulusu S. Murthy pointed out the “rare slips” — the grammatical mistake in the opening line and the glaring mix-up on Bofors. Both the errors were corrected on Facebook at night.

Another sentence reads: “The third major lie that the judgement of the Court expressed was that the Government of India favoured a particular business house.” Perhaps Jaitley meant “exposed” when he wrote “expressed”.

Mistakes are human and forgiveness may be divine. But the acerbic manner in which Jaitley poured scorn on those seeking answers to specific questions on the Rafale deal meant that the original proverb Twain tweaked can never be forgotten: “Get your facts right before judging others.”

In the blog, Jaitley did play judge and verbal executioner. Sample some of the names he called the critics: “Loud mouths on hire” and “career nationalists of Lutyens Delhi”.

Jaitley wrote: “The permanent PIL petitioners have always preferred disruptions over concerns of national security. They are willing to cooperate with anyone who hurts India. A new job creation has taken place in Delhi with the ‘loud mouths on hire’ and ‘subject experts’ notwithstanding their conflict of interest.”

No, Jaitley did not call Rahul Gandhi “clown prince” again, possibly because the minister does not like repeating himself or perhaps because of the Assembly poll results.

In the blog, Jaitley suggested that the CAG report on the Rafale deal is not relevant to the findings of the Supreme Court verdict. “It must now be left to the wisdom of the court to state at which stage the CAG review is pending. The CAG review is not relevant to the final findings on procedure, pricing and offset suppliers. But bad losers never accept the truth,” he wrote.

Jaitley also described the demand for a joint parliamentary committee probe into the Rafale deal as “misconceived”, given the alleged “cover-up” by such a joint House panel probing the Bofors deal in 1988.

He added: “The reports/ documents published by Chitra Subramanium and N. Ram in The Hindu and all subsequent facts which came to light conclusively established each fact mentioned in the JPC to be factually false. It became a cover-up exercise.”

But Jaitley did not mention an editorial in The Hindu, under N. Ram as editor-in-chief, in 2010 on the importance of a JPC.

The editorial on the demand for a JPC probe into the 2G controversy had said: “It bears recall that even the JPC set up to enquire into the Bofors scandal, which had nothing but cover-up on its mind and was boycotted by the Opposition, brought into the public domain a mass of information that proved invaluable to The Hindu’s investigation. That the BJP-led government in 2001 did not concede the demand for a JPC into the Tehelka exposé can be no justification in the present situation.”