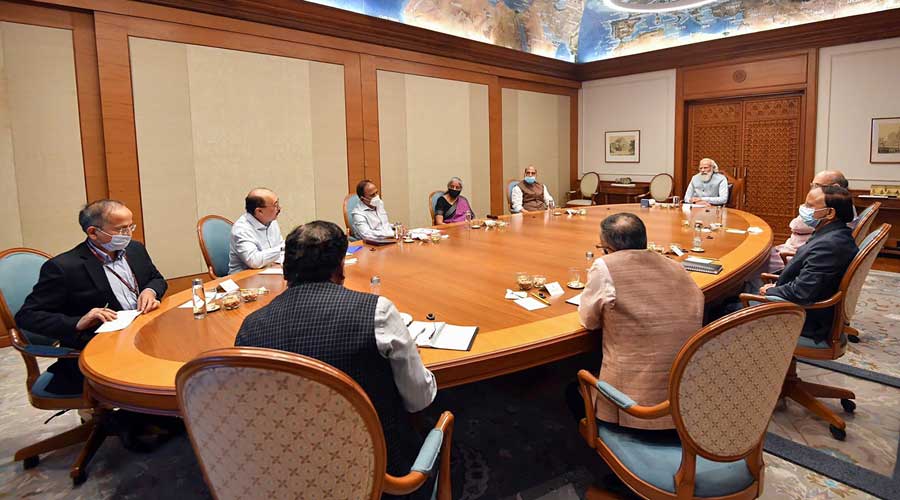 The Centre has said that it would prioritise taking in Hindus and Sikhs from Afghanistan — a move that drew comparisons to a contentious 2019 citizenship law that discriminates against Muslims.

The Union home ministry said it would introduce “emergency visas” to allow Afghans to stay in India for six months. It did not specifically mention any religion, which, on  the face of it, suggests  the visa is open to all. Muslims make up the majority of those seeking to leave Afghanistan.

But a tweet stoked fears. “We are in constant touch with the Sikh and Hindu community leaders in Kabul,” S. Jaishankar, the external affairs minister, said on Twitter. “Their welfare will get our priority attention.”

We are in constant touch with the Sikh and Hindu community leaders in Kabul. Their welfare will get our priority attention. @capt_amarinder @HardeepSPuri

That distinction prompted condemnation from some corners. “Ashamed that the Government of India response now is to look at desperate Afghan refugees not as humans fleeing persecution and sure death, but from the view of whether or not they’re Muslim,” Kavita Krishnan, CPIML politburo member, said on Twitter.

On Monday, the India foreign ministry spokesperson had also mentioned Hindus and Sikhs but he did not specifically say that they would be given priority. The spokesperson had added that India would stand by Afghan nationals who had been the country’s partners in development initiatives.

India also drew criticism after numerous seats were left empty on an air force flight on Tuesday that evacuated Indian citizens and officials from the country’s embassy in Kabul.

India has previously granted visas of a longer duration to Afghans fleeing persecution, irrespective of their religion. Many Afghans migrated to India when the Taliban took over about two decades ago. Some have settled in New Delhi, where a shopping district popularly named “Little Kabul” comes alive every evening.

The Narendra Modi government had passed the controversial Citizenship (Amendment) Act in December 2019 that proposes to fast-track Indian citizenship to persecuted minorities from Bangladesh, Pakistan and Afghanistan belonging to the Hindu, Sikh, Jain, Buddhist, Parsi and Christian communities who came to India before December 31, 2014.

The rules under the Act are yet to be notified.

“One of the justifications for CAA was ‘Muslims cannot face persecution in Islamic countries’, an always-specious argument now more exposed by the horrific images of refugees (mostly Muslim) fleeing Afghanistan, clinging to & falling from wings of planes in the process,” Krishnan tweeted.

The new category of electronic visa announced by the Centre to fast-track applications is meant for Afghan nationals who wish to leave the Taliban-controlled country. The visa category is called e-Emergency X-Misc Visa and it does not mention any religion.

Sources in the government said the new visa category was expected to benefit religious minorities in Afghanistan, mostly Hindus and Sikhs, who are stranded in the country and fear prosecution by the Taliban.

“MHA reviews visa provisions in view of the current situation in Afghanistan. A new category of electronic visa called “e-Emergency X-Misc Visa” introduced to fast-track visa applications for entry into India,” said a statement from the home ministry.

Sources said these visas will be initially valid for six months and are being granted to facilitate the stay of Afghans in India. The visas will be granted only after security clearance. There is, however, no clarity yet on what will happen after the expiry of the six-month validity.

A ministry official said: “India does not have a refugee policy. India grants shelter to foreigners facing persecution in their countries on a case-by-case basis. Our mission in Afghanistan is shut now and people are being allowed to get online visas. All these applications will first be cleared by security agencies”.

The controversial CAA had triggered widespread protests as many feared that coupled with the planned nationwide National Register of Citizens (NRC), it would result in lakhs of Muslims losing their citizenship.

Following the passage of the law in Parliament, the country had witnessed widespread protests leading to the death of over 100 people in police firing and related violence.