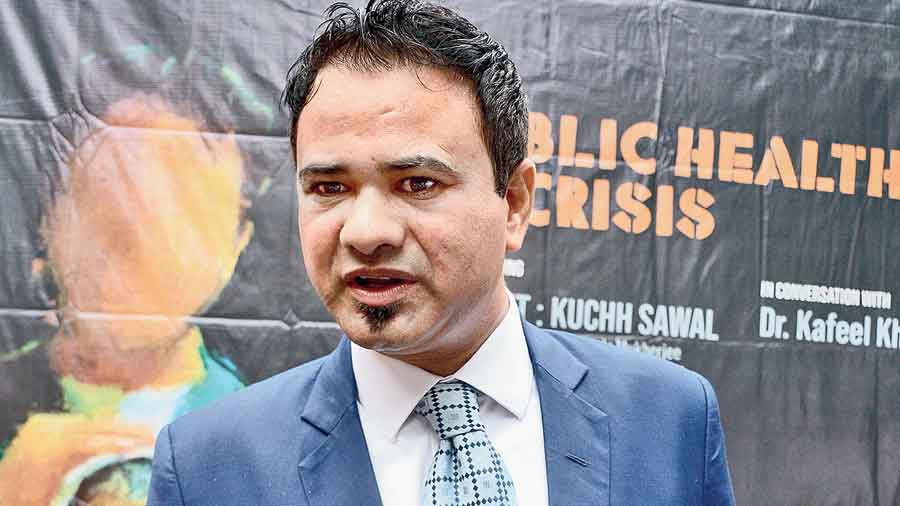 Paediatrician Kafeel Khan of Gorakhpur’s BRD Medical College and Hospital, who had been suspended in 2017 after the death of 30 children due to oxygen shortage, has been dismissed, a government official said on Thursday.

The sacking came a day after the Uttar Pradesh government had sought time from Allahabad High Court to reply to Dr Khan’s objections to his suspension.

Dr Khan has been sacked after being found guilty in the probe into the circumstances leading to the death of the children, principal secretary (medical education) Alok Kumar said. As the matter is sub judice, the detailed information about Dr Khan’s dismissal will be submitted in court, Kumar added.

Dr Khan said he had not received any intimation from the government.

“I have not got any official communication about my dismissal. A reporter called me up today (Thursday) and informed me that the medical education department has terminated my services with immediate effect. Later, I called up my sources in the department and they confirmed to me that the news is correct,” Dr Khan told The Telegraph.

“I will challenge the decision of the Yogi Adityanath government and can tell you that I will get my job back at any cost because I have not committed any mistake and was never involved in any corruption…. I had saved dozens of children when they were dying at BRD Medical College because of shortage of liquid oxygen,” he added.

“Of the eight doctors and staff who had been suspended, seven have been reinstated. I am the only one who is being punished just because I speak the truth and it doesn’t suit the chief minister,” Dr Khan said.

The vendor had stopped the supply of liquid oxygen in the paediatric ward because of non-payment of dues. Dr Khan had been attached to the office of director-general medical education after his suspension.

He had challenged his suspension in Allahabad High Court and the matter is pending. The court had posted the case for hearing on December 7 after the state government sought more time on Wednesday to provide the details of the inquiry against Dr Khan.

“When I was in jail, the UP government again set up an inquiry against me on February 24, 2020, and on August 6, 2021, the state government declared in front of the court that they are withdrawing the inquiry order,” Dr Khan said.