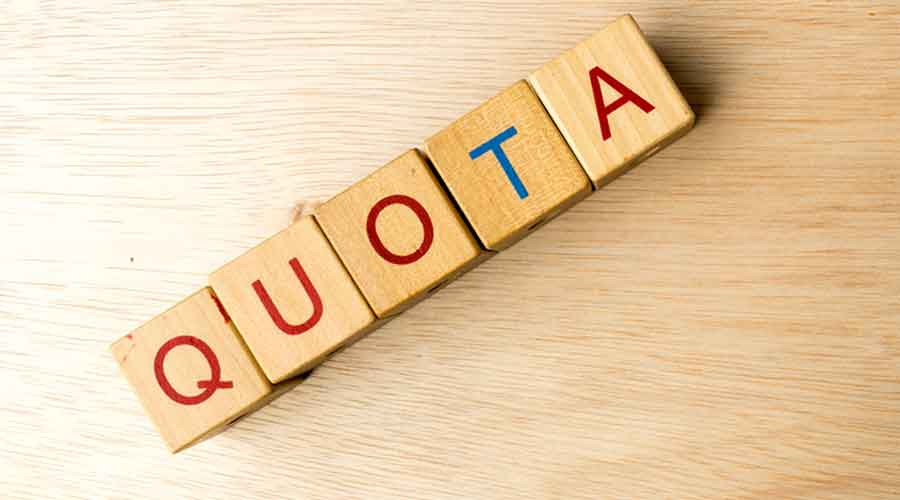 At issue is the Centre’s refusal to implement OBC reservation for the 15 per cent undergraduate seats and 50 per cent postgraduate seats at state medical colleges that come under the all-India pool.
Shutterstock
Basant Kumar Mohanty   |   New Delhi   |   Published 19.07.21, 01:57 AM

The Centre has deliberately derailed the implementation of OBC reservation in the all-India pool seats at state medical colleges from this academic year, Ambedkarites, Other Backward Classes activists and a former high court judge have alleged.

They accuse the Centre of “cunning” in lobbing to the Supreme Court a Madras High Court directive in favour of the reservation — on the ground that a similar case was pending in the apex court — despite the top court having last year allowed the high court to take its own decision in the matter.

“This is a cunning way to delay the implementation of the OBC reservation,” Dilip Mandal, an Ambedkarite writer, said. “The Madras High Court direction was conclusive; there were no legal hurdles to implementing it.”

At issue is the Centre’s refusal to implement OBC reservation for the 15 per cent undergraduate seats and 50 per cent postgraduate seats at state medical colleges that come under the all-India pool.

The Union health ministry’s logic is that it is mandated by law to provide 27 per cent OBC reservation only in centrally funded institutions. It therefore implements the quota only in its own medical colleges like AIIMS.

The state governments implement their own OBC quota in their pool of seats. In Tamil Nadu, for instance, OBC reservation is 50 per cent while the Scheduled Castes and Scheduled Tribes get 18 per cent and 1 per cent, respectively.

An aspiring medical student’s petition for enforcement of the OBC quota in the all-India pool seats has been pending in the apex court since 2015.

Last year, the Tamil Nadu government requested the top court to direct Madras High Court to rule expeditiously on a similar petition before it. The apex court said on July 13, 2020, that Madras High Court could proceed with the case.

On July 27, 2020, Madras High Court directed the OBC quota’s implementation in the all-India pool seats at state medical colleges, a ruling that legal experts said applied across the country.

An expert committee formed under the high court’s orders suggested the terms of the implementation but mentioned the pending case in the Supreme Court. The Union health ministry told the committee that it supported implementation of the quota.

But the central government recently placed the committee report before the Supreme Court, where the progress of the pending case has been slow.

“The Centre could have appealed against the Madras High Court ruling before the Supreme Court. Otherwise, it had to implement the high court direction in letter and spirit, which it does not seem to be doing,” Shashank Ratnoo, Supreme Court lawyer and an expert on OBC issues, said.

Pro-reservation activists said they feared the matter would now be stuck for several years.

“I’m of the firm opinion that the central government was free to implement OBC reservation in all-India pool seats in state medical colleges. But it wilfully and intentionally clubbed the issue with the pending case to deny the OBCs admission to seats meant for them,” Eswaraiah said.

“The government wants to delay the implementation of the OBC reservation. We have taken this up with Opposition MPs, who will raise it in Parliament in the coming session,” Karunanidhy said.