Muslims have asked their children to change their appearance: in other words, avoid skullcaps when they step outside the city 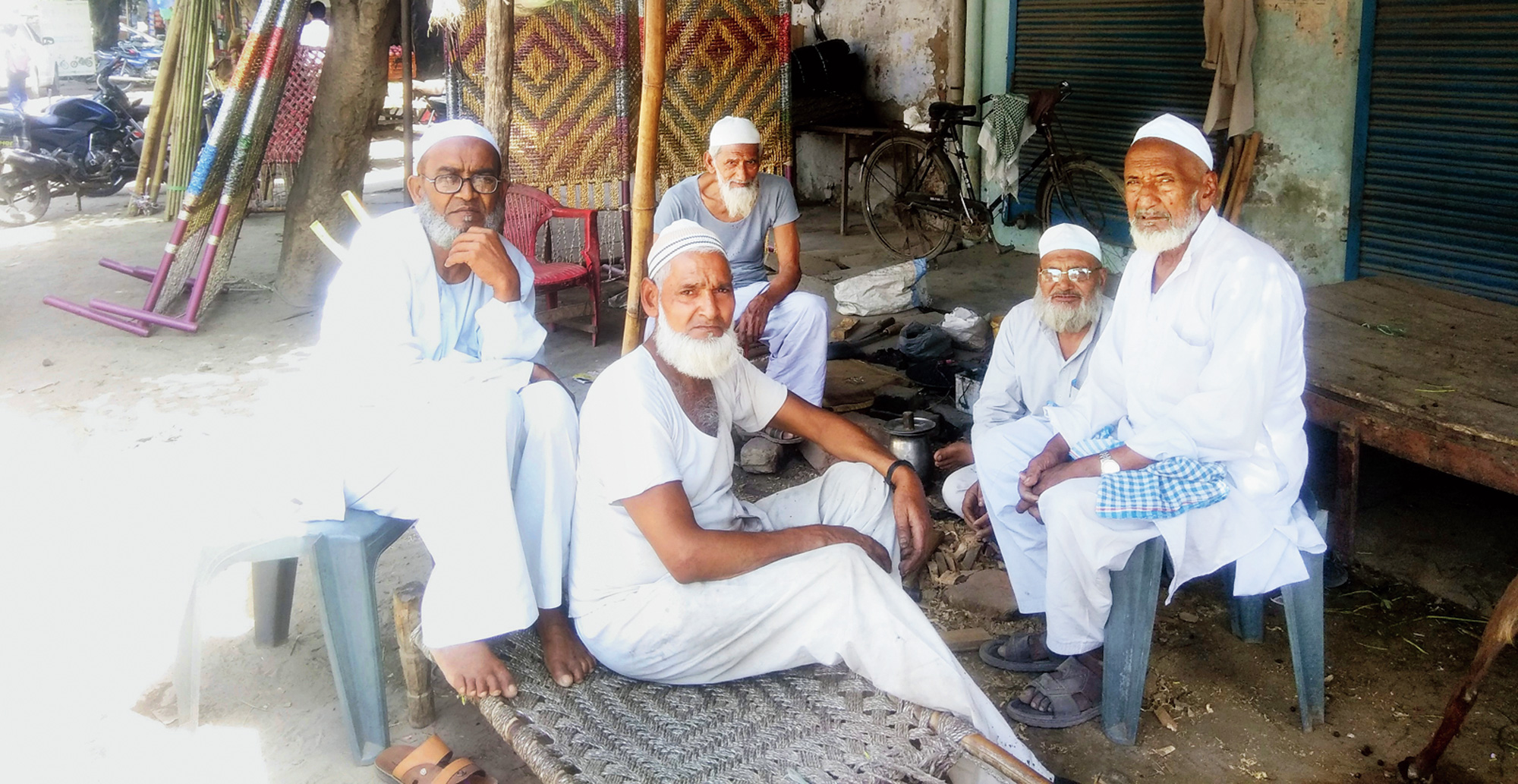 Many definitions have been conferred on achchhe din. Few have been as stark and as chiselled as the one uttered by Nisar Ahmed who makes his living by shaping wood.

“Itni nafrat ho gayee hai Musalmanon ke liye. Ab to zinda rahna hi hamare liye achchhe din se kam nahin hai (There is so much hatred towards Muslims. To remain alive is nothing short of good days for us now),” Ahmed told The Telegraph in Aligarh on Monday.

“Safety and security matter over all other issues for Muslims in this election,” the 60-year-old carpenter said in this Uttar Pradesh town, 130km from Delhi.

Ahmed fears that chief minister Yogi Adityanath and the local sitting BJP MP, Satish Kumar Gautam, had done the groundwork for polarising people along religious lines. “The BJP is out to create a Muzaffarnagar out of Aligarh,” he said, referring to the location of the 2013 riots in which dozens were killed and thousands were driven out of their homes.

“In the past four years, the party and Bajrang Dal activists had tried several times to ignite religious passions. Aligarh is sitting on a tinder box,” he added.

Nearby, a BJP cavalcade rolled across the street, some supporters in the open-top vehicles chanting “Bharat Mata ki jai” and “BJP zindabad”.

In Aligarh, which votes on April 18, a three-cornered fight is unfolding. The BJP has fielded its sitting MP, Gautam; the Mahagathbandhan (grand alliance) of the Bahujan Samaj Party, Samajwadi Party and the RLD has nominated a newcomer, Ajit Baliyan; and the Congress, Bijendra Singh.

Sitting in a shade in this industrial town famous for its lock industry, Ahmed’s four friends look despondent.

“Why are they demonising Muslims? Why are Muslims feeling so vulnerable? Why don’t our names and concerns ever come on Narendra Modi’s radio address Mann ki Baat?” asked Islam Khan. “Does he listen to how we feel being called anti-national and terrorist?”

Ahmed and his friends had never gone to school. Their children studied in Urdu-medium schools till Class VII or VIII before joining work in lock-making units to support their families.

Demonetisation hit them hard. Many lost their jobs after factories were forced to shut down.

“We are somehow making ends meet but the threat of a communal riot is always there, considering the politics of hate propagated by the ruling party,” said Md Sharif, echoing the fear voiced by his friend Ahmed.

Muslims, Sharif said after a pause, have asked their children to change their appearance to look “less Muslim”: in other words, avoid skullcaps when they step outside the city. “We keep telling our children that even if someone tries to pick a fight, or taunts you, just ignore them.”

Last year, MP Gautam had triggered a controversy when he demanded that a portrait of Mohammed Ali Jinnah be removed from Aligarh Muslim University (AMU) and described the institution as a “mini-Pakistan”.

Activists of the Bajrang Dal had kicked up a row on the varsity campus and clashed with students, creating an almost riot-like situation.

On Thursday, an estimated 16.5 lakh people will cast their votes. Prime Minister Modi is still popular among the upper castes — the Brahmins and the Thakurs — while some non-Yadavs spoke about giving him a second chance.

The Balakot air strikes and nationalism seem to have found takers but the caste consolidation of Muslims, Yadavs and Dalits appears more formidable. The Congress has more or less been relegated to the role of a vote-splitter in Uttar Pradesh.

Modi held a rally for Gautam on Sunday. A lot of anger appeared to be simmering among voters against the MP for not delivering on promises. “The condition of roads is very bad. We hardly saw him in our constituency after the 2014 election,” said Deepak Pandey, who works as a supervisor in a hotel.

Gautam, he said, has been apologising to people for not carrying out any development work in the area. “He is asking for votes in the name of Modiji, saying we should elect him as Prime Minister for a second term.”

Pandey said upper-caste Hindus and non-Yadavs were rooting for the Prime Minister.

“Even Muslim women have benefited from the government as it banned (instant) triple talaq. There is no alternative to Modiji. He has done some work in the past five years and needs more time,” he said.

But Pandey added that there was no Modi wave like 2014 and the BJP could face a tough fight in many of the seats it had won last time when it swept all but nine of the state’s 80 Lok Sabha seats.

Pandey, however, could not name any specific development project carried out by Modi. “I have watched reporters saying this on TV,” he said.

His friend Rahul Singh was more forthright. “India is a country of Hindus and the cow is the mother of life in our religion,” he said. “Muslims must learn to change their habits like what to eat.”

On Monday, when this correspondent spoke to farmers, matters such as unemployment and agrarian crisis topped the talking points.

So did the menace of stray cattle. The complaint was they had to spend from their own pockets to put up barbed-wire fences to protect crops from cows.

“Stray cattle have been damaging crops. The BJP government in both Uttar Pradesh and at the Centre have failed to construct gaushalas (cow shelters). Who will pay for our losses?” asked Amit Kumar, a Jatav. “The Modi government is only for upper castes while Dalits have been suffering.”

And Muslims, too, said Prof. Mohammad Sajjad, as the conversation returned to the fear the community has been living under these past five years.

“India’s Muslims are living in fear,” said Sajjad, who teaches history at AMU. “The BJP and the RSS want subjugated, muted and impoverished Muslims.”

What if the BJP is voted to power again? Aslam Pervez shrugged off the question. “We are here. None of us are going anywhere,” said the small trader, alluding to speeches by some BJP leaders that Muslims should go to Pakistan.

Pervez said the Congress should have won the trust of Muslims by agreeing to be part of the Mahagathbandhan.

In 2014, when the BJP won 71 seats from the state without fielding a single Muslim, none of the 55 Muslim candidates from other parties won as the votes got divided.

“But India,” Pervez said, “has survived and thrived as a multi-religious, multicultural nation because of a shared faith in secular principles enshrined in the country’s Constitution.”

Nasreen’s vote too will be for a secular party. The AMU student, a first-time voter, is looking ahead to April 18.

“India is an inclusive and secular country,” she said, her eyes lighting up. “I would vote for the party that protects its secular fabric.”