Nearly 80 per cent of all the claims Baru made in the book are totally false, he said 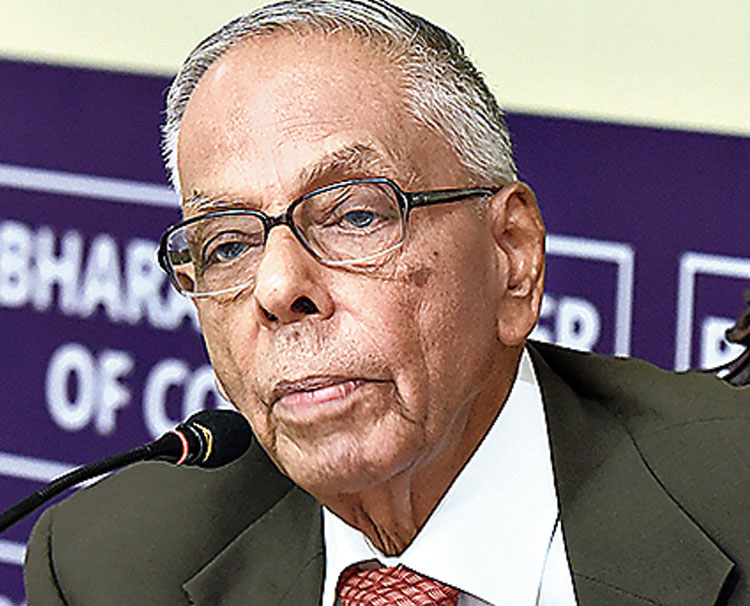 M.K. Narayanan, the former national security adviser of India, has dismissed as “full of lies” The Accidental Prime Minister, the book on which the eponymous and BJP-endorsed movie is based, and called its author Sanjaya Baru a “turncoat”.

Baru’s 2014 book, the full title of which is The Accidental Prime Minister: The Making and Unmaking of Manmohan Singh, is back in the news with the release of the movie last week.

Baru was the media adviser to then Prime Minister Manmohan Singh between 2004 and 2008 during the first four years of UPA I. Narayanan was the national security adviser between 2005 and 2010, straddling the two UPA regimes under Singh.

“I don’t want to discuss Mr Sanjaya Baru, because I think he is a turncoat,” said Narayanan, who played a key role in the shaping of the Indo-US nuclear deal and had also held the office of the governor in Bengal.

“A third-rate book, full of lies,” added Narayanan, who was in Calcutta for a Bharat Chamber of Commerce event, during which he was asked by chamber president Sitaram Sharma about Baru and his book.

Contacted by this newspaper for a response, Baru laughed and said: “All the answers to his remarks are there in the book.”

In the film that has been released in the run-up to the Lok Sabha polls, Baru is played by Askhaye Khanna. The film, starring Anupam Kher as Singh, has been trashed by non-BJP forces, including Trinamul Congress chief Mamata Banerjee, as an “unethical” spoof on the UPA regime under Singh and Sonia Gandhi.

On Tuesday, Narayanan did not mince words on Baru or his book. “He (Baru) was not even a big player in the game. The media adviser to the PM has absolutely no role — you can ask people who have been in government — he’s a nobody,” Narayanan said.

“He ran away in 2008 because somebody told him the UPA might not come back to power…. He wrote the book on the eve of the elections (Lok Sabha 2014) purely to make money. He made money. He was successful. But let me tell you that nearly 80 per cent of all the claims he made in the book are totally false,” he said.

“His views are his, of course…. We have similar unflattering remarks about him.”

Narayanan hailed Singh for his premiership, especially for standing by the nuclear deal in spite of the Left withdrawing support.

“Had there been no Singh, there would have been no deal…. It was largely because of the kind of respect he commanded from all quarters, from the President of the US to the UN Security Council,” he said.

The former Bengal governor praised both Buddhadeb Bhattacharjee and Mamata, the two chief ministers he worked with when he was at the Raj Bhavan in Calcutta.

“I had an excellent experience with both…. Bhattacharjee extended full support, never withheld cooperation by his government,” he said. On Mamata’s jump into national politics, he said: “She (Mamata) is better suited among others as she is a listener at least to some…. She is a difficult person with some remarkable qualities.”

Asked if he thought she would make a good Prime Minister, Narayanan said: “It is a difficult question to answer…. Unless a person slips into the shoes of any role, it cannot be judged.”