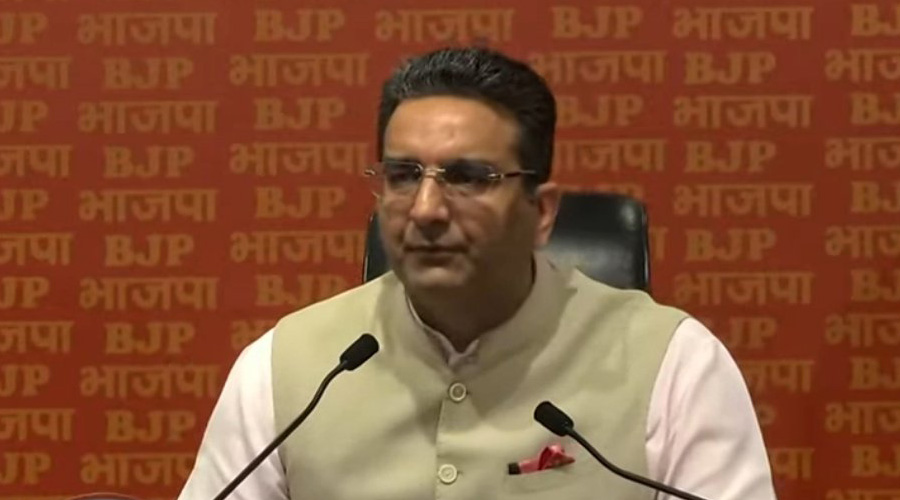 The BJP on Monday fired a fresh salvo at Delhi Chief Minister Arvind Kejriwal and his deputy Manish Sisodia, alleging that there were several discrepancies between what was recommended by the panel on excise policy and what was implemented by the AAP government.

He said the "arrogance" of Arvind Kejriwal will be shattered by the people of Delhi whose questions he is not answering, reports PTI.

"Earlier, we had given 24 hours to him to respond to the charges. If he's a 'kattar emandar' (hardcore honest man) why is he not answering the questions being raised.

"Only one tweet has come up which is meaningless. We again give 24 hours to Kejriwal to answer questions on charges of corruption in the Delhi excise policy," he said.

Referring to the Delhi excise policy, he said the AAP leader was "breaking records in corruption" ('bhrashtachar ka kirtiman').

He also alleged that there are many discrepancies in what was recommended by the panel on Delhi excise policy and what the AAP govt implemented.

A lottery system was to be adopted for awarding contract in retail vending. The city was divided into 32 zones, Bhatia said and showed documents of both the policy as well as the recommendations of the panel.

The lottery system wasn't followed by the Kejriwal government and zones were awarded to 'some' industrialists which is worrisome, he alleged.

"And, the silence of Kejriwal on corruption charges in excise policy proves that he is hardcore dishonest ('kattar beiman')," Bhatia alleged.

BJP MP Ramesh Bidhuri who was also present asked why Kejriwal was not answering the questions being raised on the excise policy.