A 'classic case of lack of coordination' among agencies: Experts on PM security breach 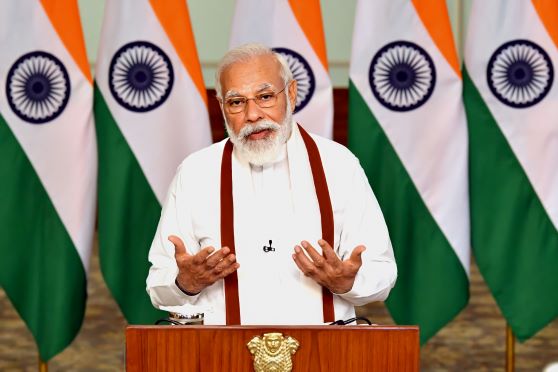 The recent breach in security of Prime Minister Narendra Modi has been termed by experts a "classic case of lack of coordination" between agencies entrusted with the protection of the VVIP and they feel that the legal provisions for fixing responsibility and accountability in such cases are largely recommendatory in nature.

"The entire edifice of security of the PM, in a federal structure like ours, stands on the strong bond of mutual trust and confidence between state police and the SPG. State police are fully responsible for ensuring a secure route for the PM's travel," former NSG Director General Sudeep Lakhtakia told PTI.

He was reacting to PM Modi's convoy getting stranded for 15-20 minutes on a flyover due to a blockade by farm protesters in Ferozepur in Punjab on January 5, before the Special Protection Group (SPG) decided on returning to an air base.

According to officials working in the VIP security domain and former officers who either served in the elite protection team or were part of these security details feel that it was a "classic case of lack of coordination" between the SPG, the state police and intelligence agencies.

They said the SPG Act does not talk about any penal action that can be taken against the erring officials except that every government or civil authority has a duty to "act in aid" of the PM's protection team that provides proximate security to him.

Two teams, one each from the Centre and the Punjab government, are probing the incident which the Ministry of Home Affairs (MHA) has called a "major security lapse".

"The Blue Book (under which the SPG operates) prescribes that the safety and security of the PM is the responsibility of the concerned state government/UT," says Lakhtakia. The fact that the PM's convoy was obstructed and it had to return without completing the scheduled programme, prima facie, is a major security concern, he added.

"Something seriously did go wrong and the circumstances and causes...are being probed by both the state government and the MHA," the 1984-batch IPS officer who has served in the SPG said.

Former Director General of Sikkim Police Avinash Mohananey, who has worked in the Intelligence Bureau for nearly three decades, believes there were two lapses on that day.

The first breach took place the very moment it was decided to take the PM by road for more than 100 km from Bathinda to Ferozepur as helicopter travel was not possible and the second was taking an elevated route (flyover) which could have been blocked by the protesters on both sides, Mohananey said.

Another former SPG officer said the elite unit should have "factored in the point that there is resentment among some farmer groups against the PM's visit and hence the road travel of over 100 km should have been undertaken only and only after the Punjab Police committed that the track and flanks are completely secured."

"It has never come to this where the PM is stuck and perched on an elevated structure like a flyover that is close to the Pakistan border...," the officer who did not wish to be named said.

Former Uttar Pradesh DGP O P Singh, who has also served in the SPG, told PTI that "coordination between the SPG, intelligence agencies and the state police are the most vital aspects during the PM's tour." He stressed there should be "no communication gaps" between stakeholders.

"Hence, the Advance Security Liaison (ASL) is done to ensure that nothing is left to chance. The entire drill has to be flawless. In case someone falters, a strong recommendation against them is made by the SPG to their parent cadre," he said.

A senior home ministry officer said the ASL drill is carried out just before the actual tour and the designated personnel, gadgets, weapons, sniper positions on high-rise buildings, 'second home' or safe house for evacuating the protectee in case of an emergency and nearby facilities like hospitals, air strips and government facilities for establishing crisis communication are minutely earmarked, studied and rehearsed.

The ASL booklet that could be of as many as 100-150 pages is shared with all nodal heads before the tour, he said.

The minute-to-minute movement and conversations are recorded and log books maintained which are revisited to look for possible issues and improvements after the tour ends, the officer said.

Officials cite that in 1992, the then Prime Minister Narasimha Rao was travelling in Nandyal in Andhra Pradesh and some Naxal sympathisers came on the road and blocked his cavalcade.

"The then prime minister was safely escorted to a guest house nearby but the issue was taken very seriously and strong recommendations were made against the officials," a former SPG officer recounted.

Officials in the security establishment also cited incidents like when former PM Mammohan Singh's cavalcade, while on its way to Thrissur in Kerala, almost had a brush with a private car.

An action was taken against state police officials for lapses, while in another case an SPG officer was immediately repatriated during a foreign tour of a former PM when his conduct was found irresponsible.

"The punishment for lapses grows in severity with the degree of threat faced or bodily harm suffered by the protectee. Most instances till now have been of making strong recommendations for disciplinary action against those who were charged with dereliction of duty," another officer said.