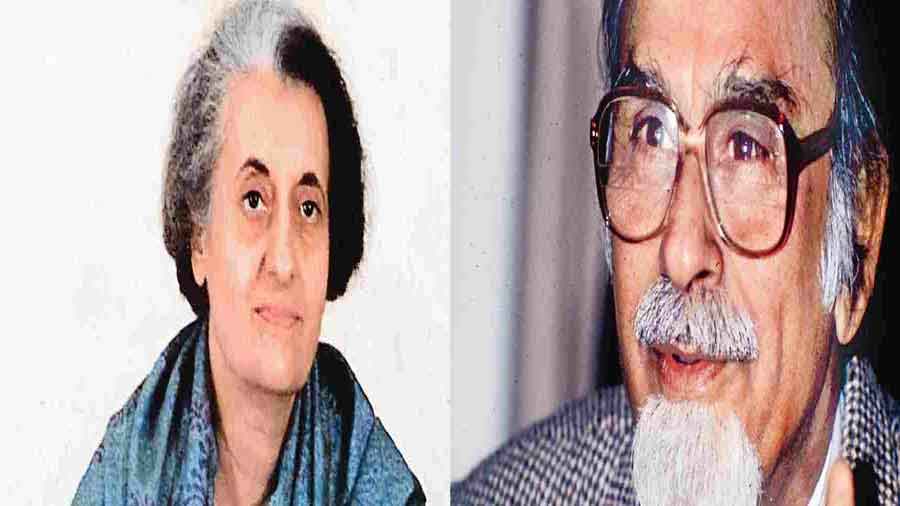 When India celebrated the 25th and 50th anniversaries of Independence, its Prime Ministers had woven their speeches around the themes of unity and secularism though communalism did not pose as dreadful a threat then as now, when the 75th anniversary is approaching.

The speeches also reflected grace, humility and honest acknowledgement of the failures of the past and challenges of the future.

Both Indira Gandhi in 1972 and Inder Kumar Gujral in 1997 provided realistic assessments of the country’s strengths and weaknesses and stressed the importance of hard work rather than sell fantasies or indulge in braggadocio.

Indira, addressing the nation from the ramparts of the Red Fort on August 15, 1972, months after the victory over Pakistan in the Bangladesh Liberation War, dwelt on poverty alleviation, job creation and capacity-building to fight natural calamities and the demands of health and education.

She did refer to the military success in the latter part of her speech but only to stress the importance of India’s philosophy of peace and justice rather than resort to chest-thumping or political bluster.

Acknowledging that India had seen both good and bad times over the previous 25 years, Indira said the country had laid a strong foundation despite predictions about its independence floundering on the rocks of its enormous problems.

She said India had developed industries and evolved stronger despite five wars in the short span of 25 years.

Repeatedly stressing the need for unity, she said: “Hum sabko ek ho ke khade rahna hai. Aaj ka din hai jab humko apne dil tatolane hain, dimag tatolane hain aur nirnay karna hai ki is Bharat ko hum kaisa banana chahte hain (All of us have to stand together. On this day, we have to look into our hearts and minds and decide what kind of India we want to build).”

She admitted food crises and deficiencies in relief during droughts and floods.

“Several mistakes were committed in the past. We continue to make mistakes. But the mistakes and failures can’t overshadow achievements and successes,” she said.

“We will have to respond unitedly in times of distress. We can’t waste time on petty quarrels. We have to focus on building our future to fulfil the dreams of our children, to create jobs for our youths, to make democracy stronger.”

Indira said that India’s freedom would remain incomplete until it had removed caste and religious discrimination.

“Everybody should be free to follow his or her religion. No attempt should be made to show the other religion as bad,” she said.

Indira seemed to be speaking the same language as her critics: the poets, writers and revolutionaries who opposed Congress rule. The popular complaint at the time was that freedom was not real without economic and social equality. Indira predicted that a stronger India would emerge if it sustained its unity and ideological beliefs.

In 1997, when India celebrated the golden jubilee of Independence, Gujral paid effusive tribute to freedom fighters from Mahatma Gandhi to Bhagat Singh and quoted from Jawaharlal Nehru’s Tryst With Destiny speech although he led a non-Congress government.

He stressed India’s shared civilisational ethos (sanjhi sanskriti) and argued that the country would not have survived or progressed had it chosen any path other than secular democracy.

With the country already past the preparatory stages of nation-building and, therefore, facing challenges different from Indira's days, Gujral flagged corruption and the nexus between politicians and criminals.

He called for a new satyagraha against corruption, insisting that non-cooperation with the corrupt would have a significant impact.

Gujral pointed to the hypocrisy of politicians patronising criminals who support them and condemning those that support their rivals.

He lauded his predecessors for building the country’s backbone through the public sector units, infrastructure facilities and technological advancements.

While Indira spoke in Hindi, Gujral took care to end his speech in English for those who do not understand Hindi.

“We shall make this country a country of equals. A country which is socially just, a country where woman gets her status, where Scheduled Castes, Scheduled Tribes and minorities occupy a place of pride,” he said.

On Monday, Narendra Modi will address the nation on the 75th anniversary of Independence at a time India has evolved into a major global player but, for all the Prime Minister’s extolling of the current period as “Amrit Kal”, faces enormous problems on many fronts.

Unemployment is at its peak, prices have soared, and the Opposition is deeply worried that the menace of communal hatred and the government's debilitating control on almost all institutions poses a threat to democracy and the idea of India itself.