A bench of Chief Justice Ranjan Gogoi and Justices Sanjay Kishan Kaul and K.M. Joseph passed the direction after taking on record an affidavit by the Centre 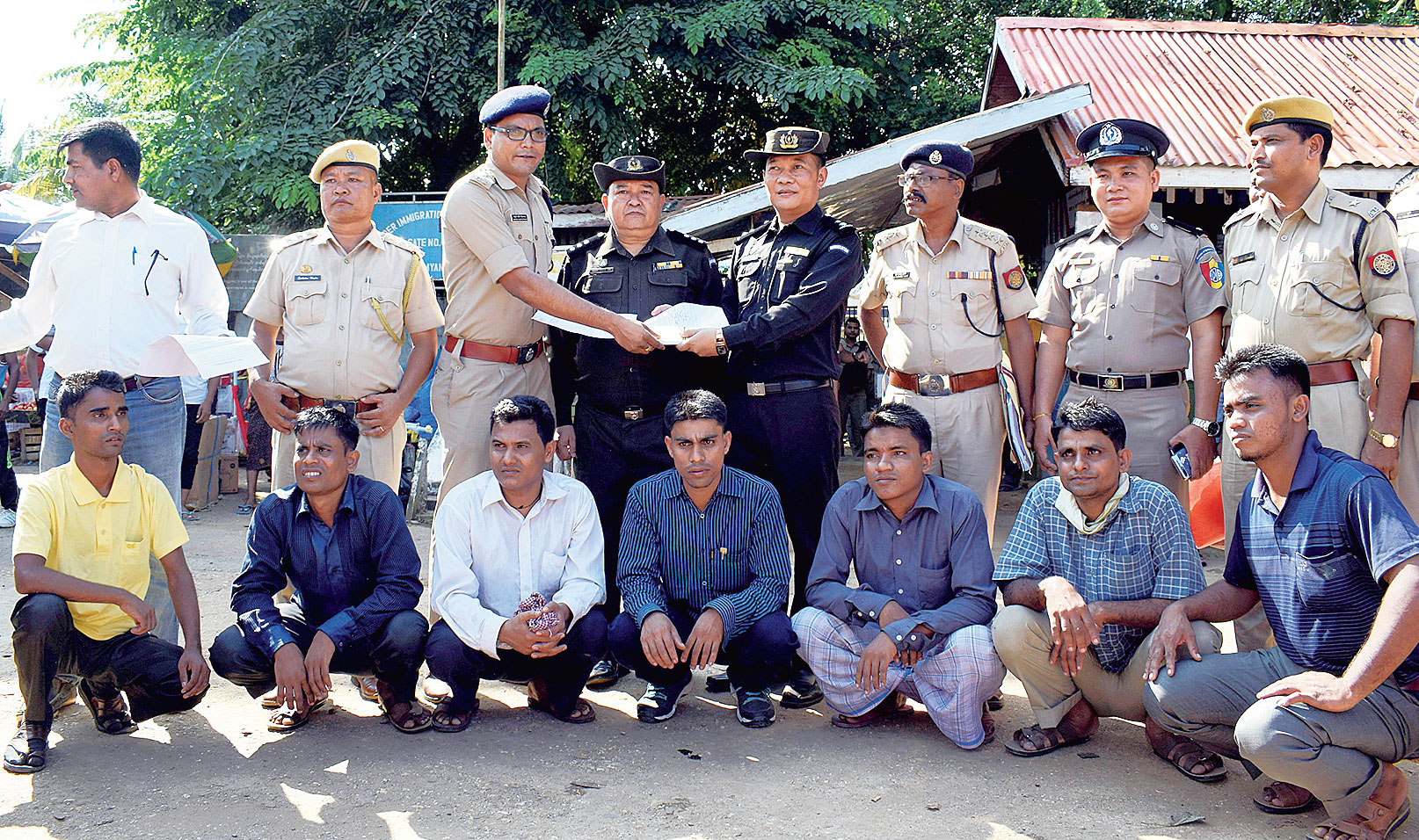 The Supreme Court on Thursday allowed the deportation of seven Rohingya Muslims to Myanmar after the Centre said the neighbouring country had accepted that they were its nationals and it was willing to take them back.

A bench of Chief Justice Ranjan Gogoi and Justices Sanjay Kishan Kaul and K.M. Joseph passed the direction after taking on record an affidavit filed by the Centre.

The seven, who were detained in Assam in 2012 for entering India illegally, were accordingly handed over to the Myanmar authorities on Thursday afternoon at the Moreh border in Manipur.

Mohammad Inus, Sabir Ahmed, Mohammad Jamal, Mohammad Salam, Mukbul Khan, Mohammad Rohimuddin and Jamal Hussain — all from Badarpara village in Myanmar’s Faida district — had been lodged in a foreigner detention camp inside Silchar jail in south Assam since their arrest. They left Silchar for Imphal on Wednesday and were taken to Moreh, 110km from Imphal, on Thursday morning.

They were handed over to the Myanmar authorities at 1.30pm, Tengnoupal superintendent of police S. Ibomcha said.

As the deportation drew international attention, the external affairs ministry said “the individuals from Rakhine state” in Myanmar were sent back only “upon reconfirming their willingness to be repatriated”.

The seven were arrested before the mass migration of Rohingya refugees to Cox’s Bazar in Bangladesh following persecution in Rakhine.

Additional Solicitor General Tushar Mehta, appearing for the government, told the court that the seven had earlier been convicted and sentenced by a court in Assam for illegally staying in the country. After serving the sentence, they had requested the government to send them back to Myanmar. The external affairs ministry then discussed the issue with its counterparts in Myanmar and took the decision to deport them, Mehta said.

However, advocate Prashant Bhushan disputed this and said the seven were being deported without their consent. Such deportation, he said, was in contravention of the UN convention on refugee rights to which India is a signatory.

Further, the Constitution mandates the government to protect the interests of the refugees, Bhushan said.

But the Chief Justice said: “You don’t need to remind us about the Constitution. We are aware of it.”

The bench then dismissed the application against the deportation.

The BJP projected the deportation as an example of the Narendra Modi government’s resolve to drive out illegal infiltrators and described, again, the Opposition as a “grand alliance of break-India forces”.

“The Mahagathbandhan (grand alliance) is an international alliance of break-India forces. Pakistan is an important constituent of this alliance,” BJP spokesperson Sambit Patra alleged.