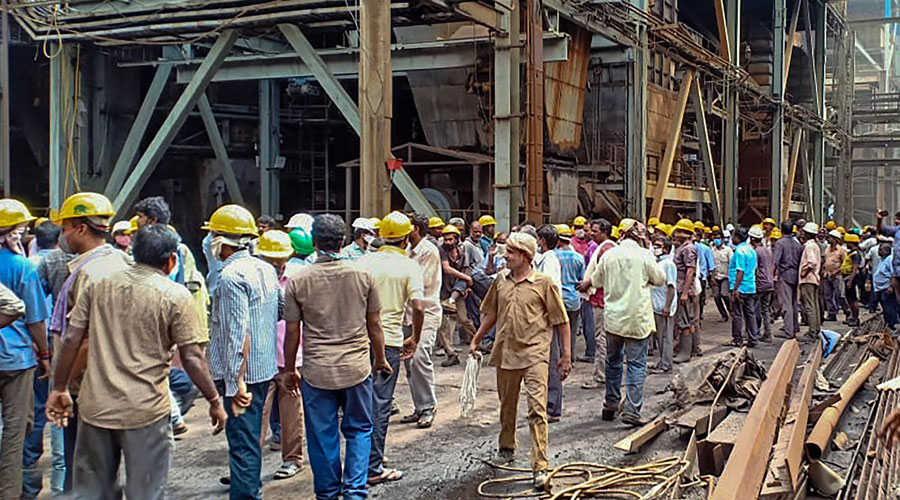 A boiler blast and subsequent fire on Wednesday at lignite miner and electricity generator NLC India’s plant here has killed six persons and injured 17, the company said, the second deadly accident at the plant in two months.

The plant has been shut for a safety audit, NLC India, a government Navratna company, said. An official has been suspended and a probe ordered.

“Six workmen belonging to a contractor succumbed to injuries on the spot,” NLC, which employs more than 12,000 people, said in a statement.

The incident occurred at unit V of thermal power station-II, the company said, adding that the unit had been under shutdown at the time. “While it was under shutdown and maintenance activities continued, a fire broke out in the boiler area subsequent to an explosion,” NLC said.

An accident at the same power station on May 7 had killed five people and injured three.

Those who died on Wednesday were aged between 25 and 42, and at least seven injured men have suffered over 50 per cent burns according to an initial assessment, an official said.

Of the 23 men who were at the spot, six contract workers died while 16 were rushed to a hospital in Chennai for “further higher specialty treatment”. A man with minor injuries is being treated at the NLC hospital, the company said.“A high-level enquiry headed by P.K. Mohapatra, retired director (technical), NTPC, has been ordered in the cause apart from an internal enquiry committee with senior executives headed by director (power) of NLC India,” the company said.

The unit head of thermal power station-II has been suspended “pending an enquiry by the management”.

Chief minister K. Palaniswami has announced a solatium of Rs 3 lakh to the family of each of the six workers who were killed and an assistance of Rs 1 lakh and Rs 50,000 to those who suffered serious and mild injuries, respectively.

Union home minister Amit Shah tweeted: “Anguished to learn about the loss of lives due to a blast at Neyveli power plant boiler in Tamil Nadu. Have spoken to CMO Tamil Nadu and assured all possible help. CISF HQrs is already on the spot to assist the relief work. Praying for the earliest recovery of those injured.”