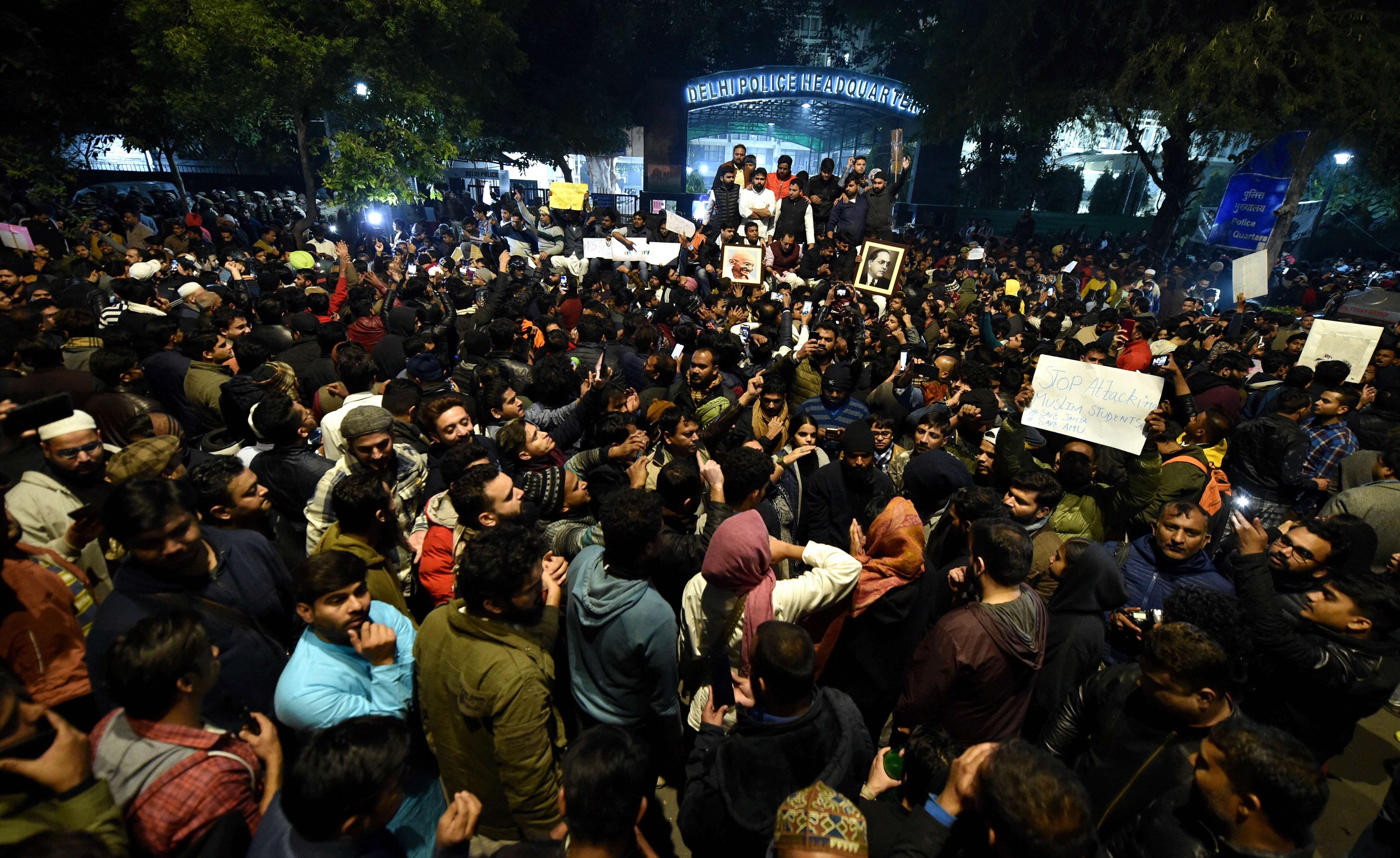 Students and others protest against the police action against the students of the Jamia Millia Islamia University at the police headquarters in New Delhi, Sunday night, December 15, 2019.
PTI
PTI   |   New Delhi   |   Published 16.12.19, 04:11 AM

As many as 50 students, who were detained during protests at the Jamia Millia Islamia University on Sunday, were released in the early hours of Monday, police said.

Of the 50 students, 35 were released from the Kalkaji police station and 15 from the New Friends Colony police station, a senior police officer said.

Earlier on Sunday night, the Delhi Minority Commission (DMC) issued a direction to the SHO of Kalkaji Police Station to release the 'injured' Jamia students held there or take them for treatment at a reputed hospital without any delay.

The commission also directed the officer to file a compliance report by 3pm on Monday.

Protesters torched four public buses and two police vehicles as they clashed with the police in New Friends Colony, near Jamia Millia Islamia, during a demonstration against the amended Citizenship Act on Sunday, leaving nearly 60 people including students, cops and fire fighters injured.

Police used batons and teargas shells to disperse the violent mob but denied firing at them.

However, videos of purported police firing, injured students in the university bathroom as well as footage of them bleeding emerged on the social media.

But Delhi Police refuted reports of any casualty during the clashes.

Following the arson on roads, police entered the Jamia university campus, where tension prevailed as several persons were detained for alleged involvement in the violence.