Advertisement
Home / India / 5 acres for Sunni board, outside Ayodhya

5 acres for Sunni board, outside Ayodhya 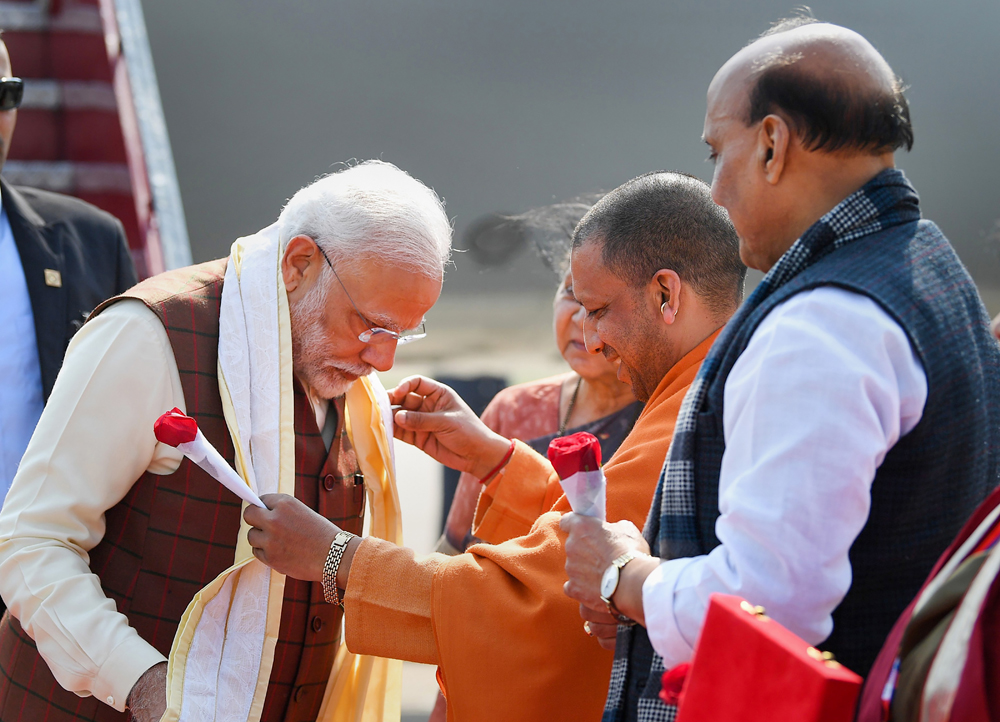 The Yogi Adityanath cabinet in Uttar Pradesh on Wednesday swiftly passed a resolution to allocate five acres of government land to the Sunni Central Waqf Board in the Raunahi area of Ayodhya for the construction of a mosque.

The decision came within minutes of Prime Minister Narendra Modi announcing in Parliament the formation of a trust to build a Ram temple at the erstwhile disputed site.

The land, an agricultural plot, is 24km from the site in Ayodhya where the temple is to come up. The land in Dhannipur village in the Rauhani panchayat area is part of a 20-acre agricultural farm owned by the government along the Lucknow-Faizabad Highway. The village has substantial Muslim and Yadav populations.

Faizabad commissioner M.P. Agrawal, who was the receiver of the makeshift Ram temple, handed over charge on Wednesday to Vimlendra Mohan Mishra, a member of the royal family of Ayodhya. Mishra is one of the members of the newly formed Ram Janmabhoomi Teerth Kshetra Trust.

“The cabinet resolved today (Wednesday) to hand over five acres of land to the Sunni Central Waqf Board in the Raunahi area,” said Sidharth Nath Singh, a spokesperson of the Uttar Pradesh government, at a news conference.

Adityanath thanked Modi for the formation of the trust and tweeted: “The Sri Ram Janmabhoomi Teerth Kshetra Trust will be autonomous and will be able to take all decisions with regard to the temple’s construction.”

Zufar Ahmad Farooqui, the chairman of the waqf board, said on Wednesday that the board had convened a meeting on February 24 “to take the views of all the members on the state government’s decision”.

Farooqui had earlier said the board had accepted the Supreme Court order. Of the board’s eight members, only one — Abdul Razzaq Khan, a high court lawyer — had said the board shouldn’t accept the land offered to them.

The All India Muslim Personal Law Board (AIMPLB) on Wednesday said the Sunni Central Waqf Board was not the representative of the entire Muslim community. The AIMPLB said that if the waqf board accepted the Centre’s offer, it should not be considered a decision of all Muslims of the country.

A source in the state government said there would be about 15 members in the Ayodhya trust, of which at least one would be a Dalit.

“The security around Mani Ram Chawani temple, headed by Nritya Gopal Das, was enhanced on Wednesday. This is an indication that Das and the temple are going to play a crucial role in the trust,” said an official on condition of anonymity.

Das is the head of the Ram Janmabhoomi Nyas, a trust of the Vishwa Hindu Parishad.

The Union home ministry on Wednesday formally issued a gazette notification to create the Shri Ram Janmabhoomi Teerth Kshetra Trust with its office at Greater Kailash Part 1 in New Delhi. The trust will oversee the construction of a Ram temple in Ayodhya.

The notification issued by Ajay Bhalla, says: “In accordance with the said Scheme (to set up a trust), a Trust by the name ‘Shri Ram Janmabhoomi Teerth Kshetra’… has been registered with its registered office at R-20, Greater Kailash Part-1, New Delhi…. And whereas in compliance with the directions of the Hon’ble Supreme Court, possession of the inner and outer courtyards of the disputed site shall be handed over to the said Trust and the Central Government is at liberty to make suitable provisions in respect to the rest of the acquired land by handing it over to the said Trust for management and development in terms of the Scheme framed by the Central Government.”

The notification said that to prevent any communal trouble at the place, the government had decided to allot an alternative five-acre land to the Sunni Central Wakf Board.