Many of them had been working for more than two decades in pitiable conditions, were not allowed to move freely, threatened with dire consequences if they left, and were given just 4kg to 5kg of rice instead of the minimum wages 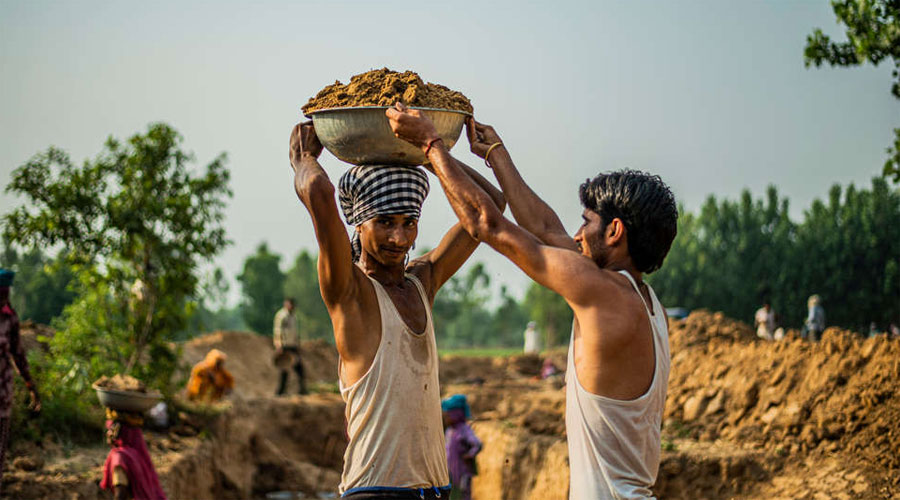 As many as 43 bandhua mazdoor or bonded labourers — all hailing from the Scheduled Castes — were freed from the clutches of landlords in Sheikhpura district of Bihar.

Many of them had been working for more than two decades in pitiable conditions, were not allowed to move freely, threatened with dire consequences if they left, and were given just 4kg to 5kg of rice instead of the minimum wages, which is currently pegged at Rs 335 a day.

Their freedom came on October 22 after the National Human Rights Commission (NHRC), acting on a complaint by a civil society organisation, wrote to Sheikhpura district magistrate Sawan Kumar about the issue.

“We formed a team, including officials from the labour resources department, and got it probed after receiving the NHRC letter.

“The team went to Lodipur village and found the complaint to be true. We took action and 43 people were freed,” Sawan told The Telegraph on Friday.

“All the rescued people were working in the agricultural fields of the accused on a “grain-based system of remuneration”.

The government will provide Rs 30,000 to each of them as compensation. We have registered an FIR against the accused,” Sawan added.

Though the Sheikhpura district magistrate expressed doubts whether to call the rescued persons as “bonded labourers” and talked about a further probe into it, the FIR, a copy of which is with this newspaper, speaks volume about it.

District labour superintendent Vinay Kumar had registered the FIR on October 22 at the Sheikhpura police station. The statements of the freed labourers given to the probe team have also been attached with it.

The 43 people belonged to nine families residing in the same Lodipur village.

“As per the statements given by the labourers, it is clear that they were stopped by their maalik (owner) from working anywhere else. They were thrashed and verbally abused if they tried to work elsewhere.

“The owners also threatened to evict them from the land on which they were staying after making some houses. There are many child labourers also in the group,” Vinay said in the FIR.

The labour superintendent also says in the complaint that the free movement of the 43 people was stopped by the landlords, and they were beaten-up if they ever went anywhere without permission.

“These people were made to work as bonded labourers. They were given just four to five kilos of rice instead of the minimum wages of Rs 335 a day fixed by the state government. Many of the labourers have been working for 15 to 20 years.

“They also talked about working for generation after generation at the farms of the landlords,” the labour superintendent said in the FIR.

The FIR states that prima facie the matter seems to be of ‘bonded labour, child labour and atrocities on the scheduled castes’.

They have been charged under Indian Penal Code (IPC) sections 341 (wrongful restrain), 344 (wrongful confinement for 10 or more days), 370 (buying or disposing any person as a slave), 374 (unlawful compulsory labour), various sections of the Bonded Labour Prohibition Act 1976; Scheduled Castes and Scheduled Tribes (Prevention of atrocities) Act, 1989, and under different sections of various other laws.

Talking to this newspaper, district labour superintendent Vinay said that the labourers were “forcibly held captive by the landlords. They fell into the trap of bonded labour due to poverty and exploitation.”

The body of an Army jawan, who had come to his home in Bihar on a holiday, was found on Friday, four days after he was swept away by a strong river current, police said, reports PTI.

Visual Kumar, 22, had come to his village in Manihari block of Katihar district where he was last seen on Monday, when he was taking a dip in the Ganges along with some friends after the Chhath festivities. Manihari police station SHO said the jawan had slipped and got swept away.

Professional divers and the State Disaster Response Force were immediately pressed into service but he remained untraceable.   ”Today, after a lapse of 100 hours, we received information that a bloated, decomposed body has been fished out from the river in Amdabad police station area, about 25 km away from the spot where he was swept away. After identification it was confirmed that the body was of Vishal Kumar”.

The body will be brought to the village of the deceased for last rites after due formalities.