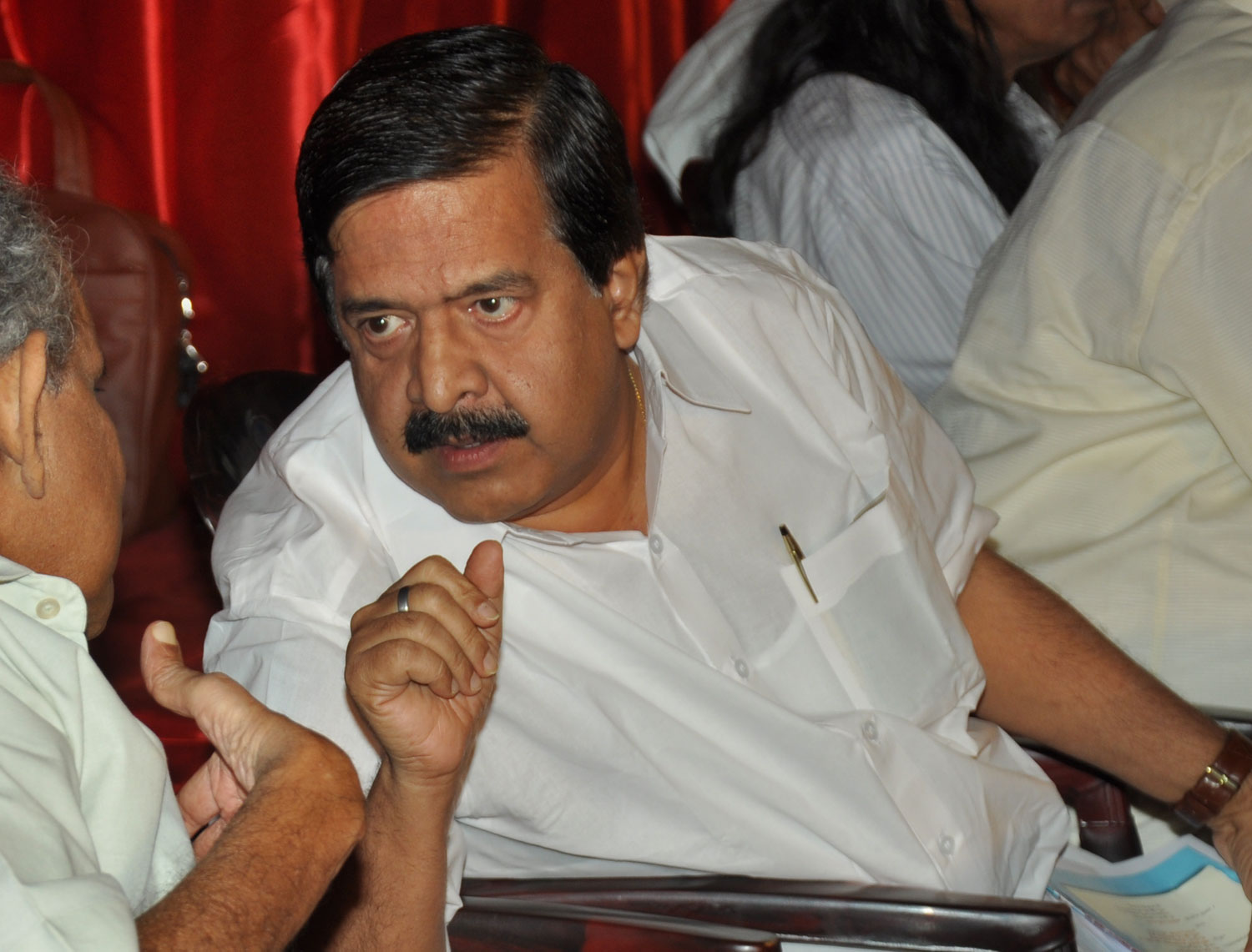 The leader of the Opposition and vice-chairman of the Loka Kerala Sabha, Ramesh Chennithala (in picture) of the Congress, had resigned on Monday to protest the Left Democratic Front government’s alleged apathy to act against CPM leaders accused of harassing the NRI businessman.
(Wikimedia Commons)
K.M. Rakesh   |   Bangalore   |   Published 29.06.19, 12:31 AM

Opposition lawmakers have quit a panel set up by the Left government in Kerala for the socio-cultural and economic integration of Malayalis living all over the world to protest alleged inaction over the suicide of an NRI investor who had been harassed by a CPM-controlled civic body.

Forty-one legislators of the Congress-led United Democratic Front (UDF) on Thursday submitted a memorandum to Pinarayi Vijayan stating that there was no point in continuing in the Loka Kerala Sabha (World Kerala Council) since the government had failed to act against those who troubled Parayil Sajan, ignoring the chief minister’s request to them not to quit.

Sajan, 48, a CPM sympathiser, committed suicide allegedly after the Anthoor municipality in Kannur refused to grant him an occupancy certificate for his Rs 16-crore convention centre. His wife, Beena, has accused the municipal chairperson, P.K. Shyamala, of acting out of personal animosity against Sajan.

The Opposition has alleged that the inaction over the suicide had severely dented the diaspora’s trust in the Kerala government. Apart from suspending four civic officials, including the municipal secretary, the government has not taken any other substantial step. Shyamala was given a clean chit and asked to continue by the CPM state secretariat even after she offered to resign.

The leader of the Opposition and vice-chairman of the Loka Kerala Sabha, Ramesh Chennithala of the Congress, had resigned on Monday to protest the Left Democratic Front government’s alleged apathy to act against CPM leaders accused of harassing the NRI businessman.

Sajan, who had built the Partha Convention Centre with his own money, was found hanging at his house in Anthoor last week.

It is suspected that Sajan paid the price of being close to a CPM group led by P. Jayarajan, while Shyamala is the wife of central committee member M.V. Govindan, who leads another powerful clique.

Sajan had approached Jayarajan when confronted with problems related to obtaining clearances from the municipality and in the process got caught in the crossfire between the mighty factions of the CPM in Kannur.

Sajan’s suicide had rocked the Assembly for three days, with the Opposition cornering the chief minister and the CPM for their failure to bring the guilty to book. They accused the government of ignoring Beena’s allegations only because Shyamala is the wife of a senior leader.

“This government should realise that NRIs are the mainstay of Kerala’s economy. If they go on harassing investors, especially NRIs, it is our state that will have to pay a heavy price,” Congress spokesperson Pandalam Sudhakaran told The Telegraph on Friday.

“Sajan is the second NRI investor to commit suicide over harassment by the Left parties in just over a year,” he said, referring to Gulf returnee P. Sugathan, 65, who took his own life in Kollam in March 2018.

An automobile mechanic who worked in Muscat, Sugathan had spent a part of his savings to open a workshop in Kollam. But he had to shut down the establishment after activists of the CPI’s youth wing, the All India Youth Federation, laid siege to the property accusing him of constructing the building on a paddy field, which is illegal in the state.

One estimate shows that overseas Malayalis had sent Rs 75,000 crore in foreign remittances in 2017-18 despite the wobbly global economy and sliding oil prices.

While 2.5 million Malayalis live in the Gulf, at least another two million live in Europe, the Americas, the Far East and the Pacific.

“Our MLAs resigned as they have realised the futility of continuing in a body where they have no voice,” Sudhakaran said, accusing the LDF government of allowing its cadres and family members to “harass” people.

The Opposition has also decided to send a delegation of senior leaders to Sajan’s convention hall on July 3.