4 men slapped with NSA for attacking health workers in Indore

This is first such action related to Covid-19 pandemic in Madhya Pradesh, an official said. 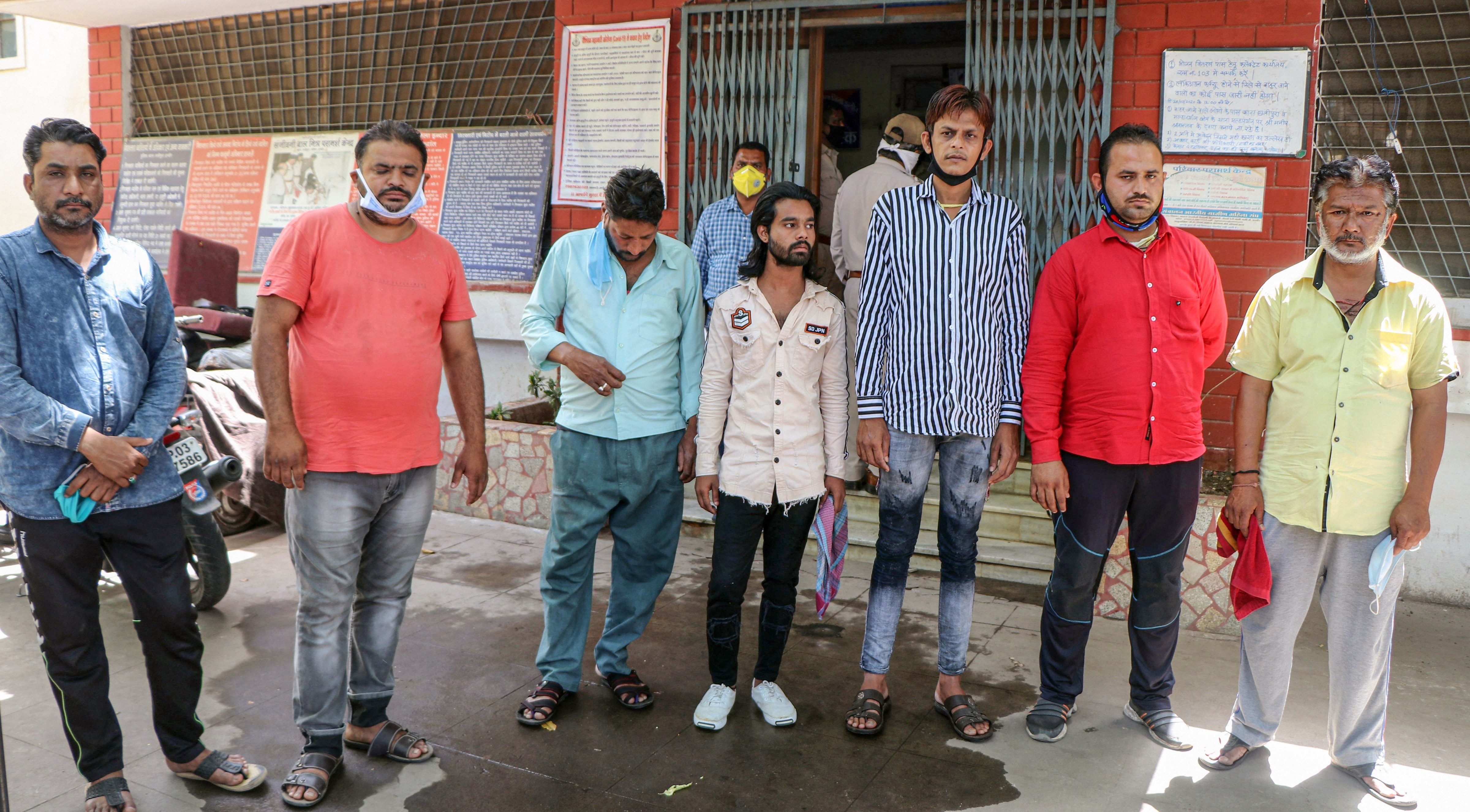 Seven people arrested by the police for attacking a team of healthcare workers health workers, when they were trying to trace the contact of a patient infected with the coronavirus, at Taat Patti Bakhal, in Indore, Thursday, April 2, 2020
PTI
PTI   |   Bhopal   |   Published 03.04.20, 08:59 AM

The Indore district administration on Friday invoked the National Security Act (NSA) against four men involved in the alleged attack on health workers in Taatpatti Bakhal area of the city.

This is first such action related to Covid-19 pandemic in Madhya Pradesh, an official said.

A five-member team from the health department had gone to Taatpatti Bakhal on Wednesday to quarantine relatives and acquaintances of a Covid-19 patient, when an unruly mob attacked them with stones, injuring two women doctors.

The police had arrested seven persons for the alleged attack on Thursday and the district administration has slapped the NSA on four of them, the official said.

The Indore police on Friday detained six more men in connection with the incident.

Meanwhile, additional superintendent of police Crime Branch (Indore), Rajesh Dandotia said that four persons were booked under the relevant provisions of the IPC and Information Technology Act for spreading rumours and inflammatory messages about coronavirus on social media.

Arif Khan (26) has been arrested in this case, while search is on for three other absconding accused, he said.