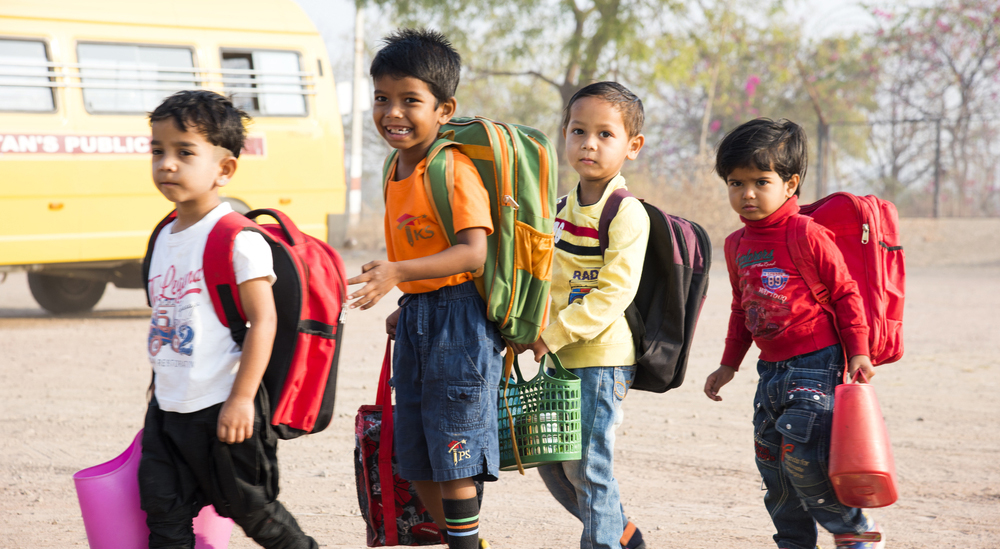 Among the other key proposals are free and compulsory schooling from preschool till Grade (Class) XII, instead of only from Class I to VIII, and a school breakfast added to the midday meal in preschool and primary school.
(Shutterstock)
Basant Kumar Mohanty   |   New Delhi   |   Published 31.05.19, 10:32 PM

Three years of preschool and four-year undergraduate honours courses are among features of a draft National Education Policy that the Narendra Modi government received on the first day of its second innings.

Among the other key proposals are free and compulsory schooling from preschool till Grade (Class) XII, instead of only from Class I to VIII, and a school breakfast added to the midday meal in preschool and primary school.

“Today I received the report. We will consult the states and take it forward,” Nishank said.

The ministry will seek feedback from the public for about a month, higher education secretary R. Subrahmanyam said.

After that, the final draft will be taken to the cabinet in the first week of July, Subrahmanyam said.

India had adopted the existing education policy in 1986 and revised it in 1992. Under that policy, the 12 years of school are preceded by two years of “early childhood care and education”, largely implemented at anganwadi centres.

The new draft policy recommends that preschool and school education be broken up into a 5+3+3+4 system, beginning with a five-year “foundational stage”, made up of three years of preschool and Grades I and II.

This stage is to feature play-based, activity-based and discovery-based education, with the learning methods continually being upgraded in the light of the latest research.

The draft suggests exposure to more than one language at the foundational stage. It says that most of the anganwadi centres, while focusing on play and day care, have neglected education because of poor infrastructure.

The next stage is a three-year “preparatory phase” (Grades III to V) of basic education, incorporating some textbooks and aspects of formal classroom learning.

The following three years of “middle school education” (Grades VI to VIII) will involve the development of abstract thinking and subject learning, leading to a four-year phase of “secondary education” (Grades IX to XII), the draft says.

Under this nomenclature, there will be no “higher secondary” education.

The draft emphasises reforms to develop curricula and teaching methods that are focused on improving the understanding and learning.

It says the entire school curriculum should be reoriented to develop holistic learning, critical thinking, creativity, the spirit of collaboration, social responsibility, multilingualism and digital literacy.

The draft sticks to the existing three-language formula for Grades VI to VIII, and continues to allow a choice of foreign languages — such as French, German, Spanish, Chinese and Japanese — as electives for Grades IX to XII.

Each year of the four-year secondary stage is to be divided into two semesters. Each student must learn five to six subjects each semester. There will be a few common subjects while offering the students flexibility in selecting elective courses to explore their individual interests and talents.

The draft policy also suggests that excerpts from the works of great Indian authors, classical and modern and from all Indian languages, be translated and incorporated across all school subjects.

For example, it says, passages from the writings of Rabindranath Tagore may be taught in classes on philosophy, writing, ethics and history.

In higher education, the draft suggests replacement of the existing three-year undergraduate programmes such as BSc, BA, BCom and BVoc (Bachelor of Vocation) with four-year programmes with multiple exit options.

Delhi University had introduced a similar four-year undergraduate programme in 2013 but the Modi government had in 2014 forced it to switch back to the three-year formula, citing a lack of approval from the President for the new system.