3 Assam Rifles personnel killed, 6 others injured in attack by suspected militants in Manipur 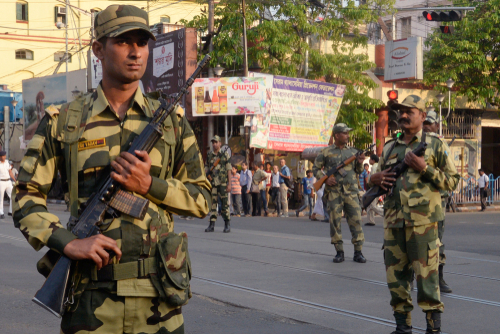 (Representational image). The injured have been shifted to a military hospital in Manipur's Kangpokpi district, the sources said.
Shutterstock
PTI   |   Imphal   |   Published 30.07.20, 03:39 PM

Three Assam Rifles personnel have been killed and six others injured in an attack by suspected militants in Manipur's Chandel district, Army sources said.

The miscreants carried out an IED explosion and opened fire at the Assam Rifles personnel, when they were patrolling the Khongtal area in Chandel, near the India-Myanmar border, around 6.30pm on Wednesday, official sources said.

The bodies of three deceased jawans have been sent to Jawaharlal Nehru Institute of Medical Sciences (JNIMS) Hospital, Imphal, for post-mortem.

The injured have been shifted to a military hospital in Manipur's Kangpokpi district, the sources said.

No outfit has claimed responsibility for the attack.

Security forces, however, suspect the involvement of banned outfit People's Liberation Army in the attack.