21 die in landslides in 3 Assam districts 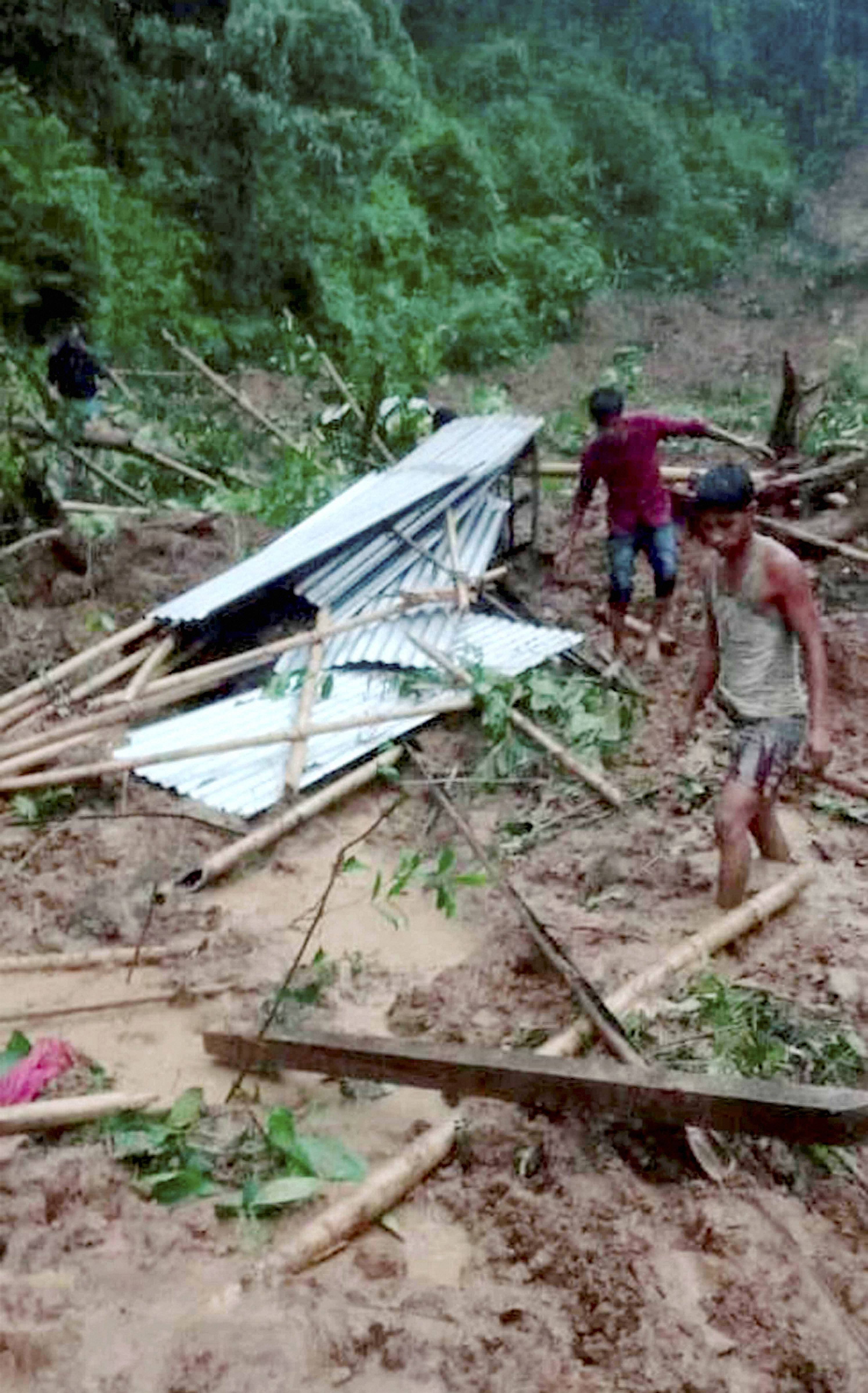 Nearly 21 people died in three separate landslides on Tuesday morning, triggered by incessant rainfall over the past couple of days in Hailakandi, Cachar and Karimganj districts in south Assam’s Barak Valley.

The landslides hit between 5am and 8am, killing eight in Hailakandi, six in Karimganj and seven in Cachar, officials said.

A family of five was buried alive in Mohanpur, around 25km from Hailakandi district headquarters, while seven of a family died in Cachar’s Joypur, they said. The landslide, which hit Kaliganj in Karimganj district, left six dead.

All victims were day labourers living in the hilly areas in the adjoining districts.

The landslides are the latest disaster to hit Assam, which has been grappling with the coronavirus pandemic and the first wave of floods. The Covid-19 count is nearing 1,500, while nine persons have died in the deluge so far.

Chief minister Sarbananda Sonowal, expressing grief over the loss of lives in the landslides, directed the deputy commissioners of the three districts to extend help to the affected people, including the injured, and involve the State Disaster Response Force (SDRF) in relief and rescue operations. He also directed the district administrations to immediately release ex gratia to the next of kin of the victims.

Cachar superintendent of police Manabendra Debroy told The Telegraph that the affected area was a hilly terrain.

“Tomijuddin Laskar, 45, a daily-wage earner, and his three daughters and three sons, aged between nine and 23 years, perished in the landslide that occurred around 5am. Laskar’s widow escaped, as she was not present in the tin house. She is in shock in hospital. All the bodies were recovered with the help of locals. Total compensation of Rs 28 lakh was paid to the affected family members by afternoon,” he said.

In Hailakandi, two landslides hit Mohanpur village, killing eight persons and injuring five. Among the deceased, five were from the same family — Kutan Mia Laskar, 40, his wife and three daughters, aged between three and six years. Five persons were injured in the landslide that occurred at 8am.

He said the state government should shift those living in the hills immediately to prevent a repeat.

In Guwahati, the Kamrup (Metro) district administration issued a warning to those living on the hills to shift to safer places during the monsoon.

Last week, two minor landslides occurred in the city but there was no casualty.

In Karimganj’s Kaliganj, of the six killed, five were from the same family. The deceased have been identified as Azir Uddin, 58, his wife Razia Begum, 40, their two sons Aftar Hussain, 10, and Anwar Uddin, 6, and their daughter Tahera Begum, 5. Before the SDRF team arrived, the locals dug up and rescued 10 injured people.