Since the beginning of the services, Gujarat has remained one of the top originating stations, followed by Kerala 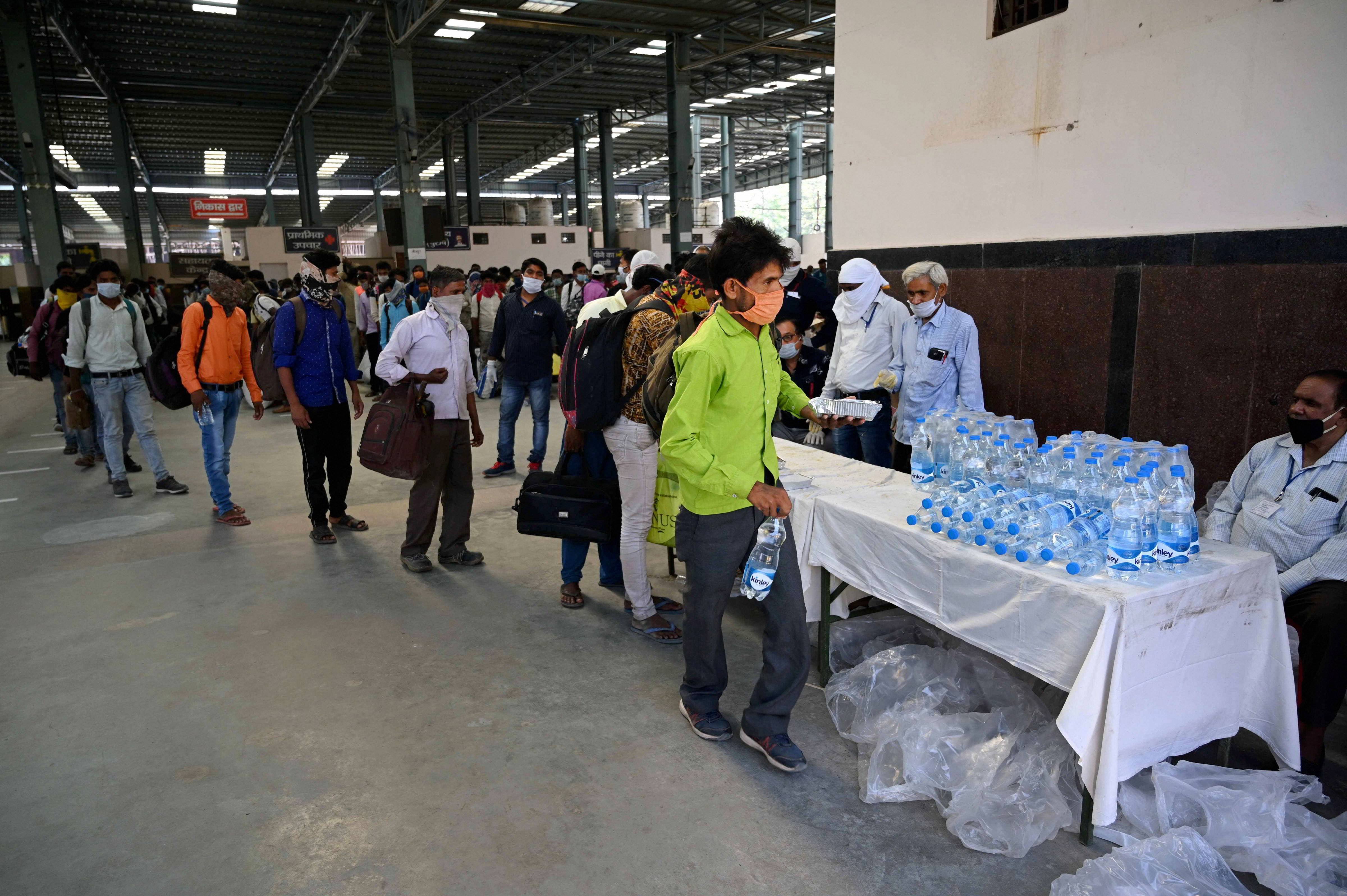 Migrants collect food packets after arriving by a special train at Prayagraj Junction, during a government-imposed nationwide lockdown as a preventive measure against the coronavirus, in Prayagraj, Thursday, May 07, 2020
PTI
PTI   |   New Delhi   |   Published 07.05.20, 09:47 AM

The Indian Railways on Thursday said it has run over 163 Shramik Special trains since May 1 and ferried home over 1.60 lakh migrants stranded in various parts of the country due to the coronavirus-induced lockdown.

Railways said that it ran 56 Shramik special trains on Wednesday and 14 so far on Thursday, taking the total tally to 163.

'We are planning to run some more trains by the end of the day,' a railway spokesperson said.

Till Wednesday night railways had run 149 such trains.

Every special train has 24 coaches, each with a capacity of 72 seats. But the national transporter is allowing only 54 people in a coach to maintain social distancing norms by not allotting the middle berth to any passenger.

While the railways has officially not stated how much it has spent so far on these services, the cost for which the government says has been shared on an 85:15 ratio with states, officials indicated that the national transporter has spent around Rs 80 lakh per service.

Since the beginning of the services, Gujarat remained one of the top originating stations, followed by Kerala.

Among the receiving states, Bihar and Uttar Pradesh remained the top states.

Earlier, the railways drew flak from opposition parties for making these services chargeable.