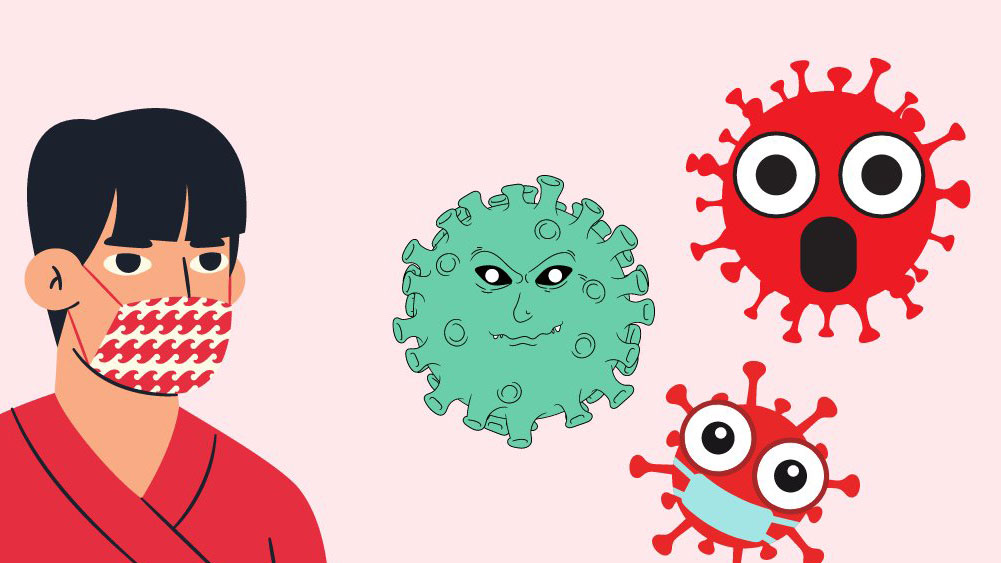 Health trackers worn on the wrist can help detect COVID-19 days before the first tell-tale signs of the viral disease appear, according to a study.

Researchers noted that a growing number of people globally use health trackers to monitor changes in skin temperature, heart and breathing rates.

The latest study, published in the journal BMJ open, shows that this data could be combined with artificial intelligence (AI) to diagnose COVID-19 even before any symptoms appear.

While a PCR swab test remains the gold standard for confirming COVID-19, "our findings suggest that a wearable-informed machine learning algorithm may serve as a promising tool for presymptomatic or asymptomatic detection of COVID-19, the researchers said.

The researchers, including those from Risch Medical Laboratory, Liechtenstein base their findings on wearers of the AVA bracelet.

Typical COVID-19 symptoms may take several days after infection before they appear during which time an infected person can unwittingly spread the virus.

The researchers wanted to see if physiological changes, monitored by an activity tracker, could be used to develop a machine learning algorithm to detect COVID-19 infection before the start of symptoms.

GAPP, which started in 2010, aims to better understand the development of cardiovascular risk factors in the general population of Lichtenstein.

Participants wore the AVA bracelet at night. The device saves data every 10 seconds and requires at least four hours of relatively uninterrupted sleep. The bracelets were synchronised with a complementary smartphone app on waking.

They took regular rapid antibody tests for SARS-CoV-2, the virus responsible for COVID-19 infection. Those with indicative symptoms took a PCR swab test as well.

Some 127 people (11 per cent) developed COVID-19 infection during the study period.

Of them, 66 (52 per cent) had worn their bracelet for at least 29 days before the start of symptoms and were confirmed as positive by PCR swab test, so were included in the final analysis.

The monitoring data revealed significant changes in all five physiological indicators during the incubation, pre-symptomatic, symptomatic and recovery periods of COVID-19 compared with baseline measurements.

Some 73 per cent of laboratory confirmed positive cases were picked up in the training set, and 68 per cent in the test set, up to two days before the start of symptoms.

"Wearable sensor technology is an easy-to-use, low-cost method for enabling individuals to track their health and wellbeing during a pandemic, the researchers said.

"Our research shows how these devices, partnered with artificial intelligence, can push the boundaries of personalised medicine and detect illnesses prior to (symptom occurrence), potentially reducing virus transmission in communities, they said.

The researchers acknowledge that their results may not be more widely applicable.

The findings were based on just a small sample of people, all of whom were relatively young -- so less likely to have severe COVID-19 symptoms -- from a single national centre, and who were not ethnically diverse, they said.

The accuracy (sensitivity) achieved was below 80 per cent. But the algorithm is now being tested in a much larger group (20,000) of people in The Netherlands, with results expected later this year, the researchers added.

Covid: Firms yet to recover