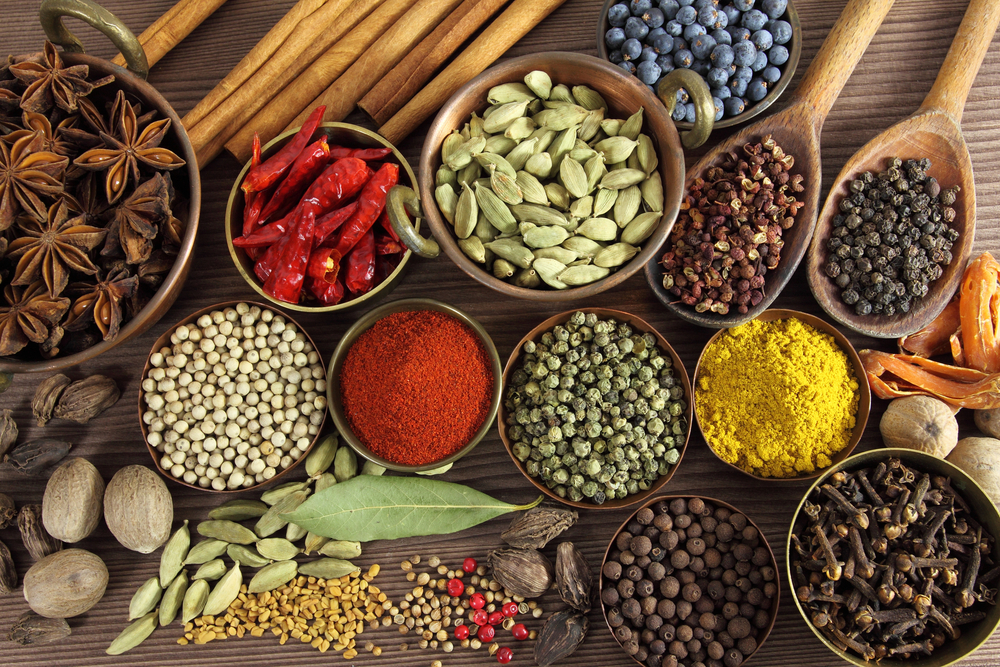 Think of your favourite dish and chances are the first thing you remember is its smell. The nose-tingling smell of pepper wrapped around aloo marich (potatoes in pepper), the mellow flavour of ginger tying together the medley of vegetables in shukto (a bitter mixed vegetable curry), cinnamon-cardamom-cloves clinging to golden doi maach, fennel wafting through urad dal, roasted cumin powder dusting the ghugni (white peas curry). Indian cuisine is all about spices. And spices, science says, is all about your health.

One of the triumvirate that makes up garam masala, cinnamon can be added to both savoury and sweet dishes. Best known for its ability to lower blood sugar, it decreases the amount of glucose that enters the bloodstream after a meal by interfering with numerous digestive enzymes, ensuring carbohydrates break down slowly in the digestive tract. A compound in cinnamon mimics insulin — the enzyme that regulates blood sugar — improving glucose uptake by cells. Many studies published in peer-reviewed scientific journals have showed that this spice can lower fasting blood sugar levels by 10 to 29 per cent. To get maximum benefit, you need to take at least half a teaspoon of cinnamon powder a day. If you like brewed coffee, just add cinnamon to your daily dose. Dalchini is also said to be good for the brain. Studies of patients diagnosed with Alzheimer’s and Parkinson’s disease — both neurodegenerative disorders of the dementia family — have found marked improvement in brain function with regular intake of cinnamon. Initial studies also show that cinnamon, or at least one of its components, is toxic to tumours. There are two types of cinnamon — Ceylon and Cassia. Cassia is the cheaper variety that is used widely in India. This type, however, contains a chemical called coumarin that is believed to be harmful in large doses.

Used in both savoury and sweet dishes, this spice is popular as a digestive and mouth freshner. Research shows it has the ability to fight five types of bacteria that cause cavities. But possibly its greatest benefit is its ability to heal stomach ulcers. Preliminary research has found that cardamom can prevent as well as reduce ulcers by at least 50 per cent. That may have something to do with the fact that it has an antibacterial effect, specifically against Helicobacter pylori, which can be blamed for most stomach ulcers. Research shows that cardamom has compounds that fight several common strains of bacteria, including E. coli, salmonella and staphylococcus that cause food poisoning and stomach-inflammation causing campylobacter. The lesser-known benefit of cardamom or elaichi is it may help increase airflow to lungs and improve breathing. One study asked a group of participants to inhale cardamom essential oil for one minute before walking on a treadmill for 15-minute intervals. This group had a significantly higher oxygen uptake compared to the control group. Another way that this spice improves breathing is by relaxing your airway. This may be particularly helpful for asthma patients.

A spice used to season curries in both seed and powder form, cumin is also one of the richest sources of iron. It is so iron-dense that one teaspoon of the spice provides nearly 20 per cent of the daily iron requirement of an adult. A lack of iron in the diet leads to anaemia. Modern research has also found that cumin increases the activity of digestive enzymes and release of bile from the liver, aiding and speeding up digestion. It has been found to reduce symptoms of irritable bowel syndrome (IBS). Cumin is rich in flavonoids and other antioxidants that remove free radicals from the body, preventing clogged arteries, diabetes and cancer. A recent paper in the International Journal of Seed Spices by researchers from India found that jeera is kidney-friendly, lowering excretion of urea and creatinine in diabetic patients.

Just like cumin, coriander seeds too have a lot of antioxidants though coriander leaves or dhania patta is even better in that respect. Research has shown that coriander has the ability to lower blood sugar by stimulating insulin secretion as well as absorption of glucose by cells. Dhania is heart-friendly as studies have shown that it is effective in reducing cholesterol level in blood as well as deposition of cholesterol along inner walls of arteries, preventing blocked arteries and, therefore, heart attacks. Certain components of coriander are also beneficial to those suffering from arthritis, bringing down swelling and inflammation. The spice can also prevent bloating, helping excrete extra water from the body.

Green chillies are rich in vitamins (primarily Vitamin C) and minerals. Lutein, also found in green chillies, is good for your eyes. The main component of chillies is capsaicin, which is responsible for the heat. It is popular as a painkiller. Capsaicin is also known to slow down and destroy cancer cells. There is also evidence that the chemical can reduce appetite and kick up metabolic rate, helping lose weight. A small study also found that people who regularly consume green chillies are likely to eat fewer calories at meals than those who do not.

Eating spicy food six or seven days a week — even once a day — lowered mortality rates by 14 per cent, found a large study by Harvard and China National Center for Disease Control and Prevention in 2015. Reason enough to give up that bland diet you’d adopted for losing weight. Just make sure there are a bowl of chillies on your dining table.