Should you eat eggs? 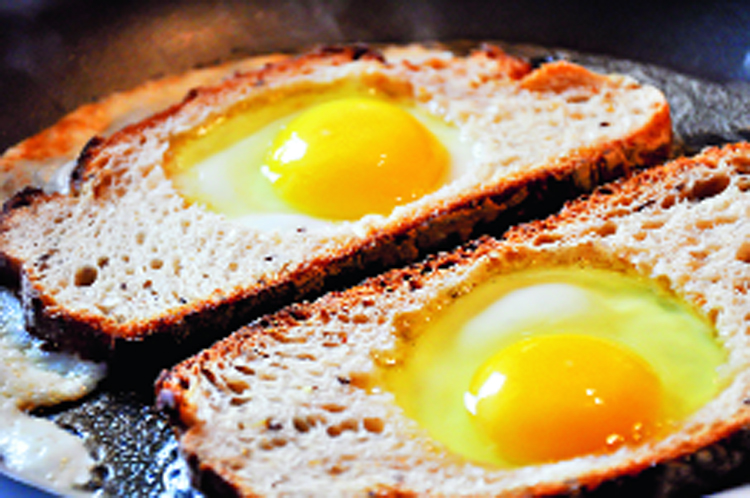 Once more, Humpty Dumpty took a great fall last month when a new study linked egg consumption to cardiovascular disease. What follows may — or may not — put Humpty back together again, especially for egg lovers who cheered the latest dietary guidelines that seemed to exonerate this popular cholesterol-rich food.

While suggesting that we “eat as little dietary cholesterol as possible,” the guidelines’ scientific report in 2015 stated “cholesterol is not a nutrient of concern for overconsumption.”

Then a report in JAMA of a very thorough long-term analysis involving nearly 30,000 men and women initially free of cardiovascular disease suggested otherwise. The researchers, headed by Victor W. Zhong of Northwestern University Feinberg School of Medicine, found that eating as little as one-half an egg a day could increase a person’s risk of heart disease, stroke and premature death.

“My study showed a dose-response relationship,” Zhong, a nutrition epidemiologist, told me. “The higher the consumption of eggs, the greater the risk. Those who consumed less than one egg a week had no increased risk.”

Among study participants, every 300 milligrams of cholesterol added to the daily diet increased the risk of cardiovascular disease by 17 per cent and premature death from any cause by 18 per cent during an average follow-up of 17.5 years, the study found.

Given that the yolk of one large egg contains up to 200 milligrams of cholesterol, and dietary cholesterol can raise blood levels of artery-damaging LDL-cholesterol in some people, it is not the first time eggs have been pilloried as a hazard to the heart. For decades we’ve been advised to limit eggs and keep daily cholesterol intake at or below 300 milligrams.

But before you give up eggs entirely or switch to egg whites, it’s worth considering the study’s limitations and how the findings fit into current American eating patterns and previous studies of the relationship of eggs and cholesterol to health.

The study was based on an analysis of 29,615 community-dwelling adults without known heart disease who reported at the start what they ate along with a slew of health-related lifestyle habits like smoking and alcohol consumption and health variables like weight, blood pressure and blood lipids. In the nearly two decades that followed, 5,400 people had a cardiovascular event (usually a heart attack or stroke) and 6,132 died from any cause.

Seeking to clarify how consuming cholesterol influenced the risk of cardiovascular disease and death, Zhong and co-authors zeroed in on egg consumption, the cleanest dietary measure of how much cholesterol participants ate. The team concluded that as little as half an egg a day, or about three large eggs a week, increased a person’s chances of developing cardiovascular disease by 6 per cent and of dying from any cause by 8 per cent during the study period.

This was not an intervention study, so it is not possible to say what might have happened if people refrained from eating eggs and substituted other foods.

“The replacement food is critical,” Dr. Frank B. Hu, chairman of nutrition and epidemiology at the Harvard T.H. Chan School of Public Health in Boston, US, told me. If, for example, you replace eggs with low-fat yogurt with fruit and nuts or whole grains, it would likely improve your health.

But if people eat two or three fried eggs along with bacon or sausage and buttered white toast, you wouldn’t expect a healthy outcome, Hu said.

“Intervention studies have shown that moderate egg consumption doesn’t appreciably raise cholesterol levels,” Hu said. “Consumption of three or four eggs a week doesn’t appear to have a major effect on blood cholesterol unless the person has high cholesterol or Type 2 diabetes.”

He added, “In most previous studies of healthy people, moderate egg consumption was not associated with a significant increase in cardiovascular risk.” However, among 21,275 participants in the Physicians’ Health Study who were followed for more than 20 years, those who ate one or more eggs a day were more likely to develop heart failure than those who ate eggs infrequently.

“Contradictory findings among different studies are not unusual — it’s part of the scientific process,” Hu said. “In forming guidelines, you have to look at the totality of evidence rather than overreact to a single new study.”

Zachary S. Clayton, author of a comprehensive review of research on egg consumption and heart health published in Nutrition in 2017, said in an interview that giving two eggs a day for 12 weeks to healthy people didn’t raise any of their cardiovascular risk factors and “actually decreased their triglyceride levels”.

But, Clayton, a postdoctoral fellow in nutrition at the University of Colorado, Boulder, US, said, “It’s important to distinguish between hypo-responders and hyperresponders to dietary cholesterol. If someone is a hyperresponder, eating two eggs a day would increase the risk of cardiovascular disease.”