Mothers will be Mothers

Contrary to popular belief, research has shown that many women with severe mental illness can have and rear a child with a little support 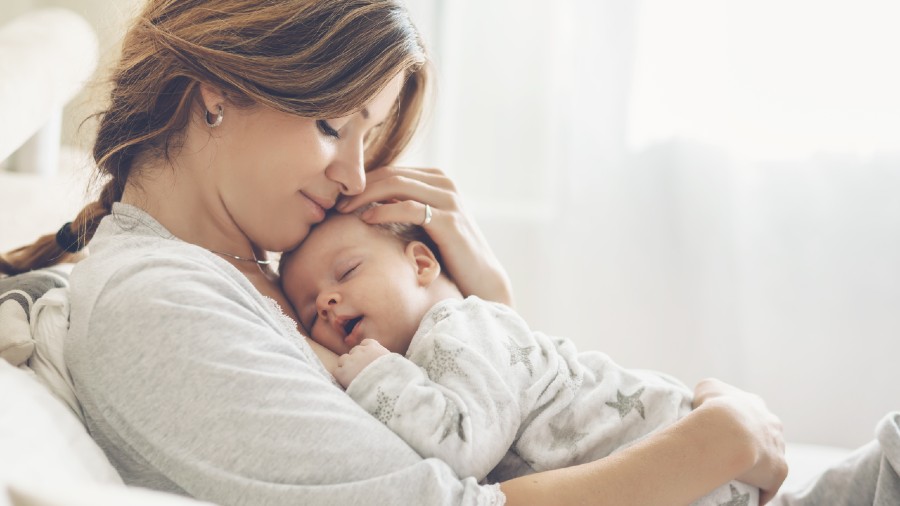 It is impossible for doctors to remember the details of all the patients they see during a day. Yet, some patients stand out. In my case, it was a young woman with schizophrenia, a severe mental illness (SMI). There was a diary on my table, depicting a mother cuddling her child on its cover. Nothing out of the ordinary, but she couldn’t stop staring at it. She barely paid any attention to my questions. I adjusted her medicines and, considering the queue outside, I was oblivious to anything else she may have expected. It struck me just before she left, when she looked at me and said, “Once I have a baby like this, I shall get well faster even without your medicines.” Her husband did not take the conversation forward and hurried her away.

According to the National Mental Health Survey 2015-16, one in five Indians suffers from a mental disorder, a significant proportion from severe disorders such as severe depression, schizophrenia and bipolarity. These impact the lives as well as daily living of patients. Contrary to popular belief, an increasing number of women with SMI are not only becoming mothers, but also enjoying motherhood. However, there are several myths around women with SMI and their child-bearing capabilities.

The challenge of balancing the healthcare needs of mental illness and motherhood is compounded by additional burdens — poor social support, knowledge-attitude-practice gap in families, misinformation that SMI disqualifies women from motherhood, custody loss of children and societal apathy (that includes us physicians as well). In most cases, the inability to see the “mother” in a patient with a mental illness  leads to delays in explaining pregnancy measures and affects their childbearing and rearing abilities.

Many women with SMI spend their lives yearning for a child, held back by the belief that they cannot be mothers. Popular discourse addresses their symptoms, medicines and need to get better but not the challenges of motherhood. With the focus on symptomatic recovery, doctors too fail to address the issue of potential motherhood. This leads to patients at times hiding their illness from the gynaecologist or even stopping medication without consultation in order to bear a child. These can have adverse physical and mental health consequences.

Women with SMI do become mothers and enjoy motherhood too. Considering the mentally ill weird and abnormal and segregating them, coupled with the media representation of mental illness as violent and paranormal, perpetuates the myth that mental illness and motherhood do not mix. Our research, published in the Asian Journal of Psychiatry, revealed that social stigma, side effects of treatment, misinformation and lack of empathy from healthcare providers were the main barriers the mothers faced while discussing their problems. Instead, self-advocacy, involvement of the family, understanding the illness and its treatment implications, and early and integrated care (psychiatrist, gynaecologist and obstetrician) can facilitate healthy pregnancy and child-rearing.

As is said, it takes a village to raise a child, and every mother, fit or ill, needs guidance and support. In our country, we already face an overburdened healthcare system, poor coordination of maternal and mental health and the stigma related to mental illness. These overshadow the mothers’ voices, isolating them in a cycle of neglect, stigma and misinformation. I don’t say motherhood is an “essential” experience for every woman, but many desire it. Women with SMI are no different. It is time we stop viewing them as different and listen to their needs.

Strategies to understand and address their needs remain critical to the well-being of both mother and child. It is a collective responsibility to combat the myths and stigma at all levels — family, healthcare providers, society at large, media and policymakers. Although the 2017 Mental Healthcare Act proposes joint admission of mothers with SMI and their infants, implementation remains a distant dream.

The need for informed decision-making by the patient and the physician is as crucial as it is to have a balance between treating the illness and facilitating a healthy pregnancy.

Psychiatric problems might increase after delivery. Psychiatrists need to routinely discuss the idea of motherhood with women with SMI. Training in pre-conception counselling, multidisciplinary care, guiding the patients and their families and hearing them out at each step might improve the state of both the mental and maternal health of the nation.

The writer is a psychiatrist at Nimhans, Bangalore. Views expressed here are solely his and do not reflect those of his organisation