Just giving up your daily dessert may give you a longer, and definitely healthier, life 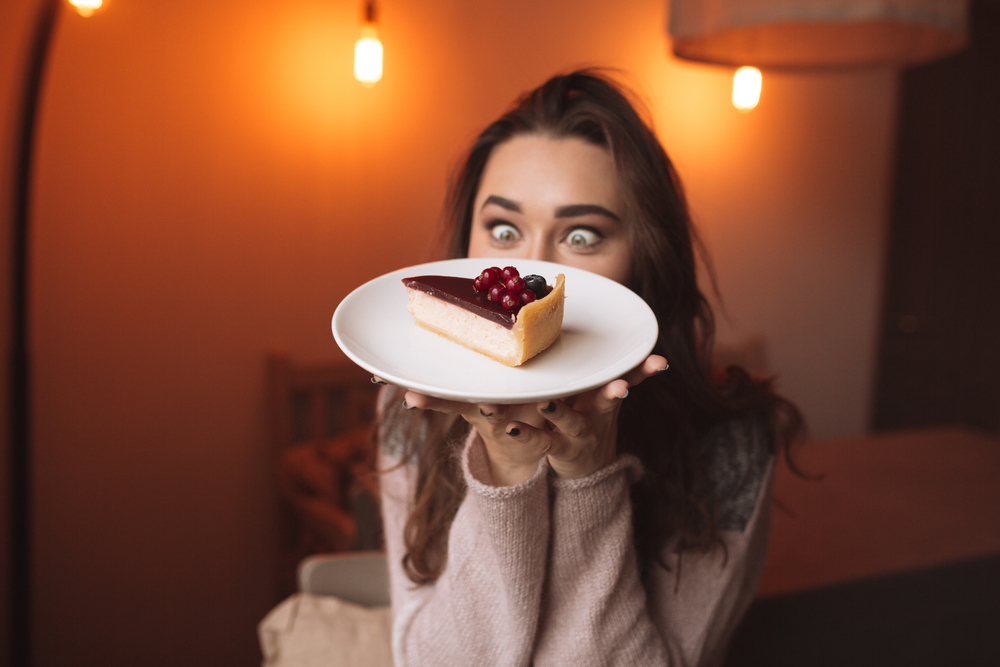 Scientists have long known a fairly reliable way to extend life span in rodents and other lab animals: reduce the amount of calories they eat by 10 to 40 per cent.

This strategy, known as caloric restriction, has been shown to increase the lifespan of various organisms and reduce their rate of cancer and other age-related ailments. Whether it can do the same in people has been an open question. But an intriguing new study suggests that in young and middle-aged adults, chronically restricting calorie intake can have an impact on their health.

In the new study, which was funded by the National Institutes of Health and published this month in the Lancet Diabetes & Endocrinology, researchers looked at a group of 143 healthy men and women who ranged in age from 21 to 50. They were instructed to practice caloric restriction for two years. They could eat foods they wanted so long as they cut the total amount of food they ate, with the aim of cutting the calories they consumed by 25 per cent.

Many did not achieve that goal. On average, the dieters managed to slash about 12 per cent of their total calories, or roughly 300 calories a day, the amount in a large bagel, a few chocolate chip cookies or a small Starbucks Mocha Frappuccino. But the group saw many of their cardiovascular and metabolic health markers improve, even though they were already in the normal range.

They lost weight and body fat. Their cholesterol levels improved, their blood pressure fell slightly, and they had better blood sugar control and less inflammation. At the same time, a control group of 75 healthy people who did not practice caloric restriction saw no improvements in any of these markers.

Some of the benefits in the calorie restricted group stemmed from the fact that they lost a large amount of weight, on average about 16 pounds (more than 7 kilos) over the two years of the study. But the extent to which their metabolic health got better was greater than would have been expected from weight loss alone, suggesting that caloric restriction might have some unique biological effects on disease pathways in the body, said Dr William Kraus, the lead author of the study and a professor of medicine and cardiology at Duke University, US.

“We weren’t surprised there were changes,” he said. “But the magnitude was rather astounding. In a disease population, there aren’t five drugs in combination that would cause this aggregate of an improvement.”

The new study provided evidence of just how difficult calorie restriction can be. The study participants went through an intensive training program where they learned to cook low-calorie meals, attended group sessions and had regular check-ins with nutrition experts. Still, they were not able to meet even half the goal of a 25 per cent cut in calories. And as anyone who has dieted knows, keeping the weight off long term can be the hardest part.

Still, the new study was groundbreaking in several ways. Funded entirely by the NIH and called CALERIE — for Comprehensive Assessment of Long-term Effects of Reducing Intake of Energy — it was the first major clinical trial to examine the effects of caloric restriction in a group of middle-aged or younger adults who were either normal weight or just slightly overweight but not obese. The goal of the trial was to look at whether caloric restriction could influence healthy ageing and disease.

While the calorie target they set was steep, they did give the subjects some flexibility, allowing them to eat the foods that they wanted. What they found was that the subjects did not change their protein intake, but they did eat significantly less fat and slightly fewer carbohydrates. They also consumed more micronutrients like vitamins A, K and magnesium, indicating a big increase in fruits and vegetables, said Susan B. Roberts, a co-author of the study and a senior scientist at the USDA Human Nutrition Research Center on Aging at Tufts University, US.

For many people, dieting can be an unpleasant experience. But the researchers found that for many of the subjects, caloric restriction was surprisingly not unbearable. While more people dropped out of the diet group than the control group, the study overall had a high retention rate. The researchers looked at measures of quality of life and discovered that the calorie-restricted group reported better sleep, increased energy and improved mood. Compared with the control group, they did not have significant increases in hunger or food cravings either, Roberts said.

“There was nothing we measured that indicated that they weren’t doing well,” she said.

One question the study could not answer was whether caloric restriction could extend life span in humans the way that it can in animals. The researchers would have to keep people on the diet and follow them for many decades to test that.

But ultimately, caloric restriction did have a beneficial impact on a wide range of risk factors for diabetes and heart disease, two conditions that cause death and disability for millions of Americans, especially as they get older.

Kraus at Duke said that he hoped to study the participants again in 10 years to see if the benefits of the caloric restriction experiment persist, a phenomenon known as legacy effects, which can occur with intense exercise training and other health interventions. But for now, he said that one takeaway for the public is that people can benefit from shaving as little as 300 calories a day from their diets.

“It’s not that hard to achieve that amount of caloric restriction,” he said. “That’s essentially an after-dinner snack.”