Experts say that while nutrition studies are challenging, there is a compelling body of research which suggests that some foods and diets may offer real benefits to an aging brain 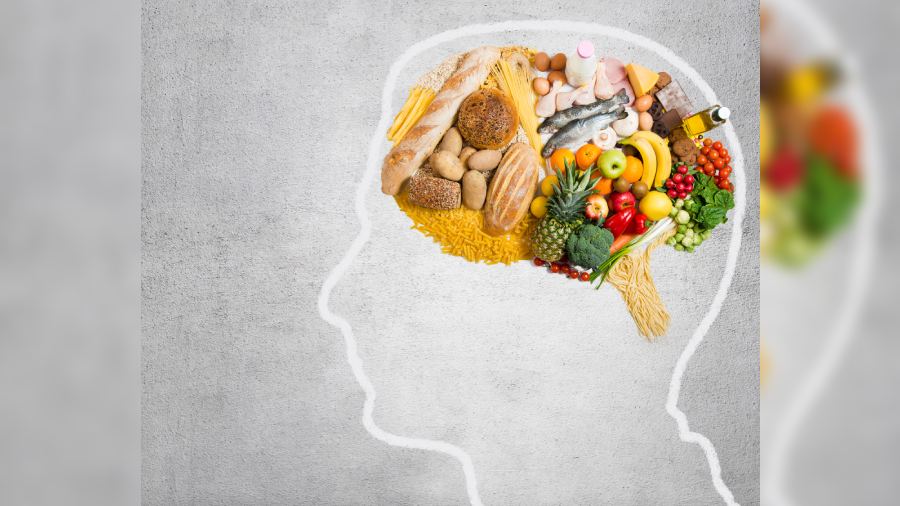 Walnuts can improve cognitive function. Blueberries can boost memory. Fish oil supplements can lower your risk of Alzheimer’s disease. You may have noticed these buzzy “brain food” claims scattered across online health articles and social media feeds. But can certain foods or diets really stave off or prevent dementia?

Experts say that while nutrition studies are notoriously challenging to carry out, there is a compelling and ever-growing body of research that does suggest that some foods and diets may offer real benefits to an aging brain. So we spoke with two dozen researchers and pored over the research to better understand the links between diet and dementia.

Scientists don’t yet know for certain what causes Alzheimer’s disease, the most common form of dementia. And there is no medication that can reverse it, said Dr Uma Naidoo, the director of nutritional and metabolic psychiatry at Massachusetts General Hospital, US, and author of This Is Your Brain on Food. “But,” she said, “we can impact how we eat.”

Research shows that people with certain conditions like heart disease, high blood pressure, obesity and diabetes are more likely than those without such conditions to experience age-related cognitive decline. And the risk of developing those conditions can be increased by poor diet and a lack of exercise, suggesting there are things you can do to lower the chances of developing dementia, Naidoo said.

Two diets in particular, the Mediterranean diet and the MIND diet — both of which encourage the ingestion of fresh produce, legumes and nuts, fish, whole grains and olive oil — have been shown in scientific studies to offer strong protection against cognitive decline.

“Pretty much anything that will help keep arteries healthy will reduce the risk of dementia,” said Dr Walter Willett, a professor of epidemiology and nutrition at the Harvard T.H. Chan School of Public Health in Boston, US.

Leafy greens are packed with nutrients and fibre, and some solid evidence has linked them with slower age-related cognitive decline.

In one randomised controlled trial performed in Israel — the results of the study were published this year — for instance, researchers took brain scans of more than 200 people who had been split into three diet groups. They found that after 18 months, those who followed a “green” Mediterranean diet — one rich in Mankai (a nutrient-packed green plant), green tea and walnuts — had the slowest rate of age-related brain atrophy. Those who followed a traditional Mediterranean diet were close behind. Those who followed the guidelines for a regular healthy diet — which is less plant-based and allows for more processed food and red meat than the other two diets — had greater declines in brain volume.

These neuroprotective effects were especially pronounced in people 50 and older.

In one 2021 observational study, researchers followed more than 77,000 people for about 20 years. They found that those with diets high in flavonoids — natural substances found in colorful fruits and vegetables, chocolate and wine — were less likely than those who consumed fewer flavonoids to report signs of cognitive aging.

Many types of seafood, in particular fatty fish, are good sources of omega-3 fatty acids, which have been long associated with better brain health and reduced risk of age-related dementia or cognitive decline.

Nuts and seeds have been repeatedly linked to slower cognitive decline by various studies. In one 2021 review of 22 studies on nut consumption involving nearly 44,000 people, researchers found that those at a high risk of cognitive decline tended to have better outcomes if they ate more nuts — specifically walnuts. However, the authors acknowledged some inconsistency among the studies and inconclusive evidence.

Another study, published in 2014, looked at about 16,000 women ages 70 and up between 1995 and 2001. Researchers found that women who said they consumed at least five servings of nuts per week had better cognitive scores than those who did not eat nuts.

Whole grains, as well as legumes, like lentils and soybeans, also appear to have benefits for heart health and cognitive function. In one 2017 study of more than 200 people in Italy ages 65 and older, researchers found an association between consuming three servings of legumes per week and higher cognitive performance.

And olive oil, a main component of both the Mediterranean and MIND diets, has strong links with healthy cognitive aging. One 2022 study of more than 92,000 US adults found that higher intakes of olive oil were associated with a 29 per cent  lower risk of dying from neurodegenerative disease — and 8 to 34 per cent lower risk of mortality overall — when compared with those who never or rarely consumed olive oil.

According to the experts we spoke with, there is little to no evidence that dietary supplements — including fatty acids, Vitamin B or Vitamin E — will reduce cognitive decline or dementia. “Supplements cannot replace a healthy diet,” said Lisa Mosconi, the director of the Alzheimer’s Prevention Program at Weill Cornell Medicine, US.