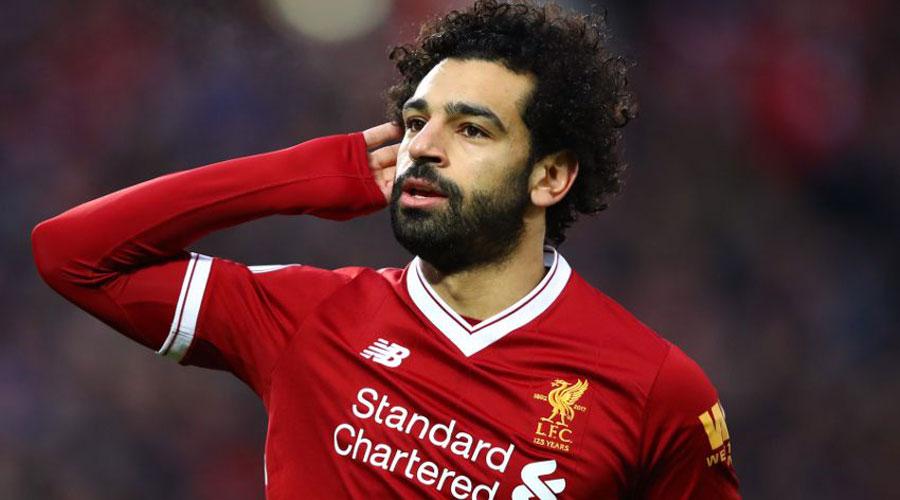 Mohamed Salah scored a hat-trick, including two penalties, as Liverpool began their Premier League title defence with a hugely entertaining 4-3 win over promoted Leeds United at Anfield on Saturday.

Leeds, making their return to the top flight after a 16-year absence, fought back from behind three times and played the brand of intense, attacking football that their Argentine manager Marcelo Bielsa established during their promotion campaign last season.

The champions will be concerned with some slack defending but once again did what they have done so well in the past two seasons — finding a way to win at the end.

A season beginning with fans still barred from the grounds due to Covid-19 restrictions needed a start to spark some excitement among frustrated fans and this high-energy, incident-packed encounter certainly delivered.

Juergen Klopp’s side grabbed a fourth minute lead after referee Michael Oliver harshly ruled that Leeds’ debutant German defender Robin Koch had handled a Salah shot which deflected off his thigh on to his outstretched arm.

Salah himself blasted home the spot-kick and Leeds looked as though they may be in for a very long day.

Liverpool restored their lead in the 20th minute and this time Leeds had only themselves to blame, leaving the obvious threat of Virgil van Dijk unchallenged with the towering Dutchman heading home an Andy Robertson corner.

But Leeds showed their resolve again with Patrick Bamford slotting home after Van Dijk had uncharacteristically failed to deal with a ball over the top, his casual attempt to control the ball finding the Leeds striker with keeper Alisson out of position.

Salah, sporting a new short hair-cut, blasted Liverpool back in front, 12 minutes before the break, when he pounced on an attempted header clear from Pascal Struijk with a first-time shot which gave Illan Meslier no chance.

Leeds felt for a moment they were level again when, after Harrison’s lob over an advancing Alisson, Trent Alexander-Arnold bizarrely headed into his own goal but the linesman subsequently flagged for offside.

But there was to be a third comeback — Helder Costa’s low ball into the box found Polish midfielder Mateusz Klich whose deft touch earned him space for a low drive past Alisson to make it 3-3.

Van Dijk had the ball in the net, blasting in from close range after a free kick only for it to be ruled out for a foul by substitute Curtis Jones on Koch.

But, with just two minutes remaining, Liverpool secured the points with another Salah penalty after Rodrigo Moreno clumsily brought down Fabinho.

It was cruel on Leeds but the Yorkshire club will take huge encouragement from their display while Liverpool, now unbeaten in 60 league games at Anfield, are up and running again.