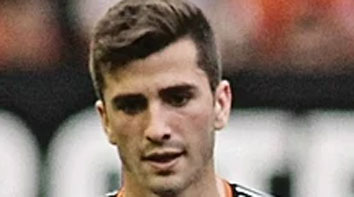 Spain scored a stoppage-time equaliser through Jose Luis Gaya to rescue a 1-1 draw away to Germany on Thursday in their Nations League opener and first international in almost 10 months owing to the pandemic.

Spain had looked set to fail to score for the first time after 40 consecutive games before Gaya sneaked in to notch the leveller.

“We fought hard and I am a bit frustrated with that late equaliser,” said Germany coach Joachim Loew.

“But I am satisfied with the effort. We had the better chances and given we have never played in this line-up, we did it well,” Loew added.

Goalkeeper Manuel Neuer’s back-up Kevin Trapp did well to repeatedly deny the visitors, who were playing in coach Luis Enrique’s first game in charge since he returned to the Spain role last November.

“We fought, stayed focused and as a first test the team did it good,” said Spain captain Sergio Ramos. “We kept up the pressure and were rewarded in the end.”