Zac Efron and Peter Farrelly on 'The Greatest Beer Run Ever' 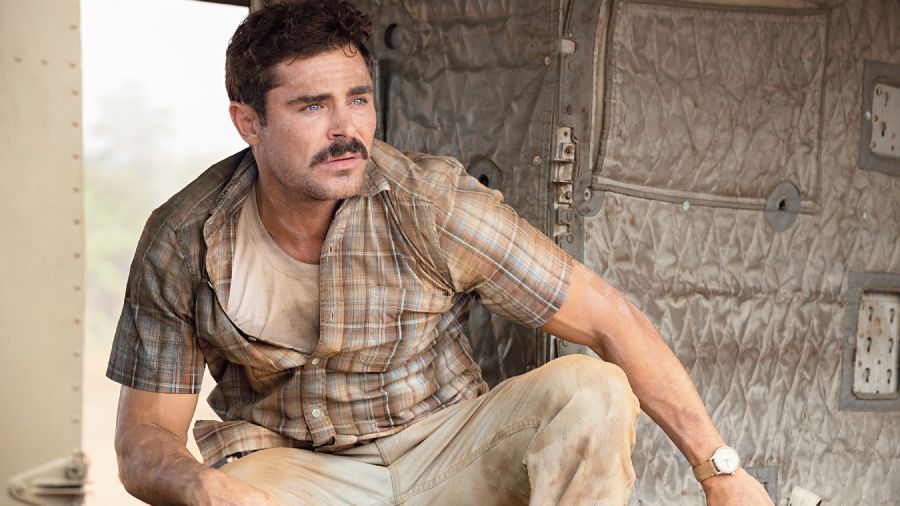 There was a fantastic film that released in 1977 — Smokey and the Bandit, featuring none other than Burt Reynolds, who held sway over country movies as well as conventionally acceptable titles. It was one of the most popular American films of the year, only behind Star Wars and Saturday Night Fever. Its success had everything to do with how it connected with the average audience; there was no element of fantasy. Reynolds played a legendary truck driver named The Bandit, who accepts an $80,000 bet to drive from Georgia to Texas and back in 28 hours to fetch 900 cases of Coors beer that couldn’t be legally distributed east of Texas.

Smokey’s legendary beer run may find a match on October 30 when Zac Efron appears as John ‘Chickie’ Donohue, a New Yorker who in 1967 travelled to Vietnam to bring beer to his American soldier pals. It’s a true story that comes alive in the hands of director Peter Farrelly, the man behind titles like There’s Something About Mary, Dumb and Dumber, The Heartbreak Kid and Oscar-winning Green Book.

The Greatest Beer Run Ever (releases on Apple TV+ and will have a limited theatrical release) not only presents a completely different side to Zac Efron but it’s also a kind of film that one can imagine Tom Hanks star in had he been 30 years younger. The movie begins by sort of asking whether the Vietnam War was a bad thing and then goes on to show the reality through the eyes of Chickie.

“It sounded like a very silly idea. But the the journey is very magical and very profound. I think it ended up being one of the coolest gestures you could possibly make of love and compassion,” Zac Efron said during a global roundtable conference call organised by Apple TV+.

Chickie is real and he is probably made to share his story every other night when he hits the pub with his friends. His is a timeless story. Chickie made a foolhardy (some call it daring) decision to visit Vietnam in 1967 as a civilian to deliver beer to his soldier buddies. He had no reason to be there.

The saloonkeeper and a former sandhog from New York made the decision to buy his way through Vietnam on the suggestion of a patriotic bartender, The Colonel (played by Bill Murray). Ultimately, Chickie wrote up the story in 2017 in a self-published book called The Greatest Beer Run Ever, with Joanna Molloy, a former New York Daily News writer.

“There are so many things that I love about Chickie as a human being and as a character, but most of all he was motivated out of this pure sense of love for his friends. He doesn’t have all the answers. He’s brave enough to kind of just throw himself out there and follow through with a pretty crazy idea that he had. We have so many of those crazy ideas and we end up either not doing anything or realising they’re dumb and not following through. And when he does ultimately decide to do it and goes on one of the wildest journeys ever, it’s just very cool. He’s very open,” said Zac, who keeps his Baywatch body all buttoned up and is almost unrecognisable as Chickie.

Stop the war in Ukraine

Beer brings people together, across political and social divides, and when given to a person, it’s a sign of goodwill. For Chickie, 1967 was an odd year as he attended one funeral after another of friends who had died in the Vietnam War. He would invariably end up in Doc Fiddler’s, an Irish bar in Inward, in Upper Manhattan. The Colonel, who ran the bar, thought the media was offering a grim picture of the war… a wrong message was being offered to young Americans. He suggested that someone ought to take American beer to the troops as a sign of goodwill. Chickie thought it was a great idea and he believed in the Colonel until, of course, he landed in Vietnam with a duffel bag filled with beer after a long journey as an oiler on a merchant ship bound for Vietnam.

When asked about his thoughts on the Vietnam War and on how the world is still at war, Peter is frank. “I’m against it. I think that there’s a lesson in this movie. Vietnam was a bad war. And we didn’t know it. At first, we Americans thought that it was World War 2, but it wasn’t; it was a completely different thing. And it took years for the truth to come out. And finally by the ’70s, Americans started seeing the reality of what that war was. It was a disaster. It was bad. It didn’t help anybody. Many Americans died and many more Vietnamese people died. It was unnecessary. And that’s exactly what’s happening in Ukraine. I pray every night that the Russian leadership realises that no one’s going to win here. Stop it now. Enough damage has been done. Forget the war, it’s not going to help anything and you can just hope that they see the light before more people die,” said Peter. Zac chimed in: “I have to echo what Peter said. It’s a shame to see history repeating itself.”

On the road again

What’s interesting about the film is how well it fits into Peter’s filmography, which, in a way, has been about road movies.

“What interests me was that it was a guy going into a war zone, bringing beer to his friends. I love that person. The stupidity of it, the hubris and the amount of heart it takes for him to want to do that, and actually pull it off. But it’s odd that you ask about the road trip. If you look at all my movies, they’re almost all road trips. Dumb and Dumber is a road trip, Kingpin is a road trip, I’m thinking about There’s Something About Mary. The Three Stooges is the same…. Green Book. I don’t know why that is. I lived in the same house my entire life growing up. We never moved, never went anywhere far away. I love road movies, but I consciously don’t really think about them,” said Peter.

At the same time, The Greatest Beer Run Ever appears to be unlike any other Peter Farrelly film, which is perhaps what got Zac interested in it. “That was one of the reasons that I was so excited to do this movie, and the fact that Peter was directing, because this is something that I think he does probably better than anybody in the business right now. I love the the human element that you’re able to find in some of the darkest moments, darkest hours, and there’s always something that is unique or arrives out of tension that can make you laugh, and people coming together in the most craziest of times. Peter really weaves that through very dramatic and very heartfelt moments in the best possible way,” said Zac.

What changed Chickie’s view of the War was a meeting with a bunch of journalists who were constantly trying to present the truth before the American people and the world. In the film, Russell Crowe plays Arthur Coates, a war photographer, who didn’t agree with Chickie’s thoughts about the War but he liked what he was doing. Like in State of Play, Crowe plays a cliched but loveable version of a journalist.

“I’d like to think that on my best day, and maybe when I was a little bit younger, I would have made a choice like Chickie. I appreciate the way he thinks and I’d like to think that I could do something like this. It was a very fun character to play; I sort of got to learn about Vietnam and put myself through a scenario that he was in and it was an eye-opening experience. This is a unique perspective, because the whole movie… the audience is seeing it through the eyes of civilians. And no one’s ever really done a Vietnam story like this before. While making the film I got to know Russell Crowe. That was a real bonus,” said Zac.

Millions of dollars may seem like a lot of money to make a movie but it was still tough for Peter to recreate Vietnam of the 1960s. “You have to get a look (to a film). We didn’t have a huge budget. This isn’t one of those $100 million dollar movie; We had $40 million, which is not little, but we were trying to create a war and a reality. And you have to surround yourself with great people. And I have a guy named Tim Galvin, who is my production designer, and Sean Porter, who’s my director of photography, and to make something like this happen, you have to have great people who dots the i’s and crosses the t’s and make everything right, like street signs, the cars, the clothes; we had a woman — Bao Tranchi — who did all the wardrobe. And it was different than I would have expected it to be because whenever you see a Vietnam movie, it’s all peasant clothes, but it wasn’t so; Saigon was the Paris of the East. Back then, people were elegant and they dressed elegantly and I wanted her to present the truth. This isn’t just an American movie. This is a movie about humans and I wanted this to be as true for the American side as it is for the Vietnamese. I want them to look at it and say that’s an accurate telling of a story,” said Peter.

And this accuracy was what Zac was looking for. “I just knew what Peter feels. It’s nice or you can cut all the bulls**t out. He goes straight to the heart,” said Zac.

Perhaps the biggest takeaway from the film is the insight that supporting the troops in a war does not mean supporting the conflicts they’re made to fight for. Chickie’s a crazy story but a film had to be made to narrate the same.