YouTuber Bhuvan Bam on his ability to create winners 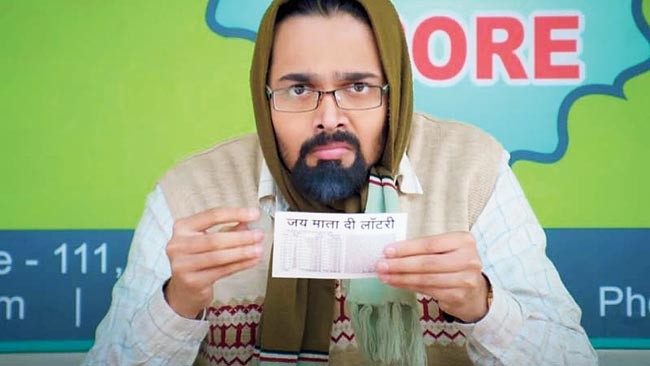 Bhuvan Bam is possibly one of the biggest names in the Indian entertainment scape today. The YouTube sensation — who shot into the spotlight with his YouTube channel BB Ki Vines — has a whopping 24 million subscribers.

Known for his ability to temper his content with satire and humour, the 27-year-old now has another winner. Dhindora, Bhuvan’s debut web series which is an extension of the BB Ki Vines universe, has him playing 10 characters, apart from being the writer and producer of the show.

With the first five episodes having already crossed over 175 million views, The Telegraph chatted with Bhuvan on Dhindora, his ability to constantly create winners and more.

About 175 million views and counting... the numbers are huge for Dhindora, but you are no stranger to big praise and even bigger numbers. What’s it been like so far?

Yeah, it’s been a lot of appreciation... through social media, through comments on YouTube. I actually wanted Dhindora to reach out to people who don’t know who I am. I wanted it to go offline... I wanted it to reach people who hadn’t seen me on the Internet, or even heard of me. My aim was that they should at least watch one episode... and then they can take a call if they want to continue watching it. I am really happy it’s caught on in the way that it did....

Dhindora has literally introduced me to a new set of viewers. Earlier, the takers for my channel BB Ki Vines were in the

15-25 age group. But after Dhindora, I get messages from 50-year-olds (smiles). And now, these people are going back and watching my previous work and are texting me to say, ‘Okay, where were you?! We didn’t know about you! Our children and grandchildren never told us about you’ (Laughs) It’s a great feeling, to be honest. It’s just the beginning.... Dhindora has been around for just a month. Let’s see how we take this forward.

You’ve always been hands-on with your content. In Dhindora, you wear many more hats, besides playing so many characters. Does it get overwhelming at any point?

I always knew what I was getting into. But Dhindora is completely different from the kind of videos I have created in the past. This time around I have a crew. I have always been used to shooting alone in a room with the phone in my hand. But now the phone is gone... the audience can see my hands and legs, for a change! (Laughs) It was really tough to get into that. We were shooting 16 hours a day. We did that for 41 days. There is so much VFX involved, and it’s basically one actor (Bhuvan himself) acting it all out.

Now when I see it, it looks easy... but trust me it isn’t. This show was shot one-and-a-half years ago and we have been editing it for a year now. I have written this show since 2017... so I have been basically sitting on this egg for close to five years now! (Laughs) Aur paanch saal se main yeh saare episodes jee raha hoon. So much so that now I can watch all the episodes with a completely straight face.

When I see people around me, who are watching it for the first time, trip on the jokes, it feels so good! That is because during the years that I have lived with this project, I had started doubting myself. Comedy is subjective, and I was always worried if the jokes that I had written three-four years ago would remain relevant or not. I was stressed whether I would be told, ‘Chalo, ab ho gaya. Wohi karo jo pehle karte thhe’. But thankfully, Dhindora has been accepted

And the plan is to take this forward, right?

Of course! Dhindora is my pizza base (smiles). I can now do anything I want with these characters. Now that I have public validation, if I want, I can create a movie out of a single character... I can make a movie out of how Titu Mama became Titu Mama.... You can say that it’s my version of the Marvel Universe... my ‘BB Universe’ (laughs). There are 19 characters.

So the idea is to make a full-on Avengers ka baap...

(Bites his tongue and laughs) No, no, not baap! This is a tiny desi universe. This is my universe, I don’t want to compare it to anything else. The idea is to tell the viewer that these are not characters, they are people....

Despite being so successful at almost everything you have done, do you still second-guess yourself?

All the time! And that, frankly, is the best part. It’s the best cleansing for a creative person. If you start thinking that everything you are doing is right, that’s when the journey downhill begins. It’s always good to dissect each and everything.

In fact, while we were editing Dhindora, I realised midway that the way we were editing it is not what BB Ki Vines is about. BB Ki Vines has always been raw... I didn’t want to edit Dhindora like a professional. It had to be kept unclean and unkempt. I don’t want to show perfection to the viewer... I want to show him what we can do. I was only very particular that the VFX had to be perfect.

How do you keep yourself grounded?

That happened when I stopped having expectations. One also needs to choose the right peer group. I have a very small group of friends — only about five — and we have been friends for the last 23 years. Everyone has a different career in a different city. We hardly meet, but we always keep in touch on WhatsApp. And these are the guys who keep me sane.

I believe that it’s suicidal to have ‘yes men’ around someone in this field of work. There have been days when I have looked my best, and my friends have told me, ‘Itna bewakoof lag raha hain!’ (Laughs) That’s actually very important for me because when I am on social media, everyone is always praising me. Sometimes, when that happens, people start having a God-complex. That’s crazy.

How do you overcome a creative block?

I sleep! (Smiles) Right now, I don’t have the pressure of churning out content all the time. I did have this pressure before, but these last few years have taught me so much. When the pandemic first hit, every creative person thought it would only be a lockdown for 21 days and now many people are at home for more than a year. And they all want to consume social media, but I am so blessed to have an audience that tells me, ‘We are not here to exploit you. We don’t expect you to create content regularly. Bas aake kabhi kabhi Instagram pe chehra dikha dena’.

Har waqt funny hona zaroori nahin hain. I think a lot of content creators often forget that mental health is also very important. If your audience really likes you, they won’t leave you just because you have been absent for two months.

Was there a lightbulb moment that made you want to do what you do?

Before my first video went viral in India, I did it as a hobby. At that time, I would perform in a Mughlai restaurant... I did that for two years. Our trio would sing Jagjit Singh, Hemant Kumar, Arijit Singh numbers from 8pm to 2am. I was so passionate about music that I even missed out on college. It was during this gig that I learnt how to handle people. At that time, I would make videos on Facebook for a hobby. When my first video went viral, I understood people wanted this and that’s when I decided to create a universe of my own, create a new niche for myself.

What do you think worked for you?

I think the timing did. At that time, there were not many YouTubers. At that time, even I, like many others, thought that YouTube was for Bollywood songs and trailers. We had no idea that we could create our own content. But then I saw TVF (The Viral Fever) and AIB (All India Bak****) creating stuff. They were making in English and then I started with the curiosity whether people would want to watch in Hindi. And thankfully, people did.