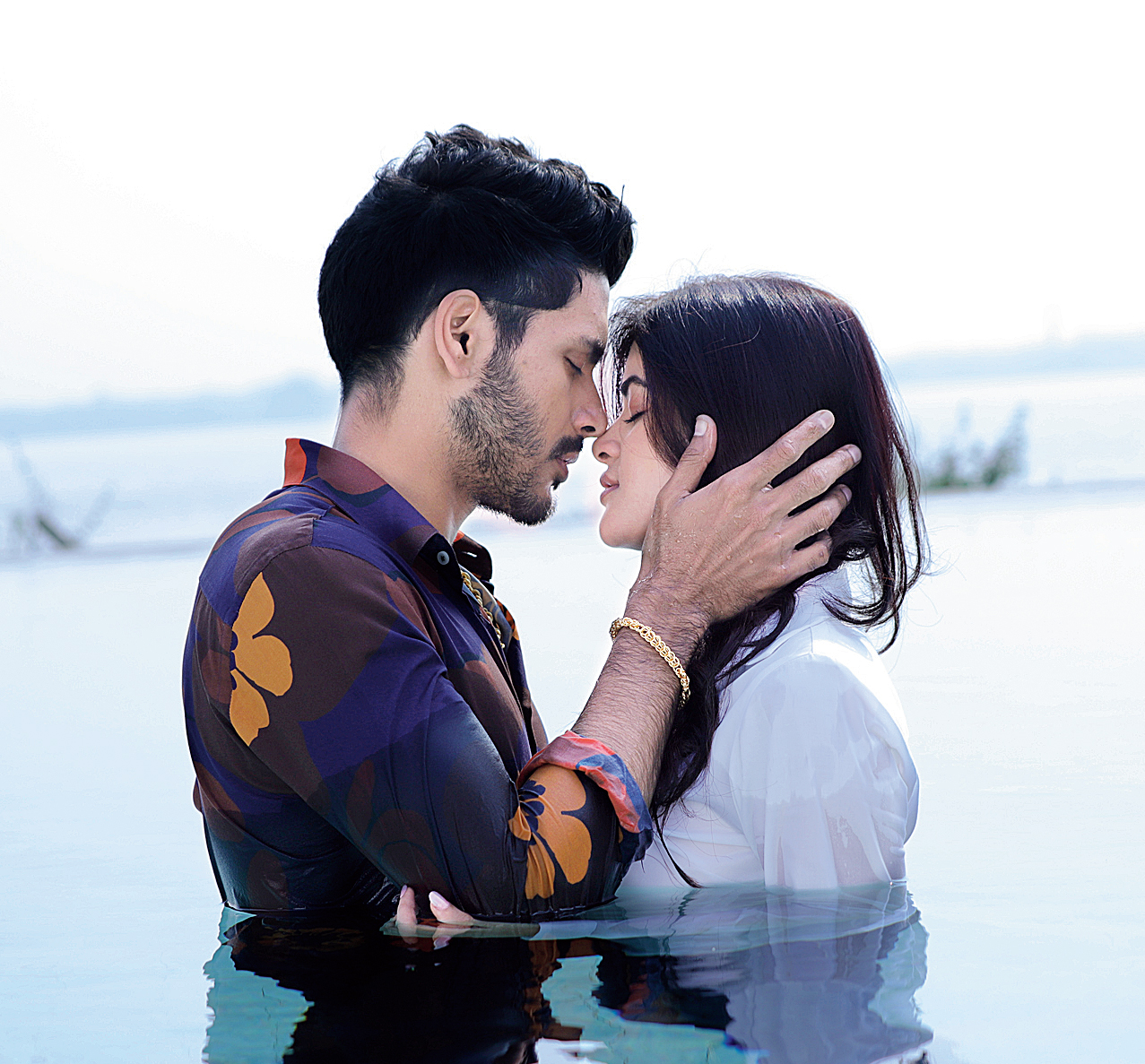 After becoming a household name with the Bengali serial Bojhena Se Bojhena, Madhumita is all set to make her film debut in Pratim D. Gupta’s February 14 film Love Aaj Kal Porshu. The film stars Arjun Chakrabarty, Paoli Dam and Anindita Bose. On a pleasant winter afternoon, Madhumita sat down with t2 for a chat at The Park...

Did you have any inhibitions about shooting the intimate scenes with Arjun?

I never had any inhibition about the scenes. I was just a bit scared because of the image I carried due to my television work. The audience is used to seeing me in saris and salwar and doing household chores. I was wondering whether people would accept me in my new avatar. I felt it was needed for the script... it is not for the sake of entertainment. The whole unit treated it like any other scene and didn’t make me feel awkward at all.

Since the film is releasing on February 14, what does Valentine’s Day mean to you ?

V-Day doesn’t hold any special significance for me as such. I think if you love your partner every day then every day is Valentine’s Day. But now Valentine’s Day has become a very relevant thing. It gives one the opportunity to spend the day in a special way with a loved one. I hope people have fun. For me, my Valentine is now work. And I am fortunate that my film is releasing on that day.

What is a perfect V-Day date for you?

For me, ecstasy is travelling, so it would be like going away to a distant place with a good view... may be to the mountains or ocean... anywhere romantic, with some wine .

What qualities must a man have in order to be your perfect date ?

I am totally off men now, so not looking for any qualities. Right now my focus is work.

So you are not dating anyone?

No. I am not even thinking of dating anyone.

What was the first day of shoot like? Were you nervous?

I was damn nervous. My first scene was not part of the script... it was a re-written scene that came on that day itself. I practised it with Arjun but still I was very nervous. I didn’t want to make a fool of myself and didn’t want to carry that serial-acting baggage with me. Serial acting is completely different from films. But after the first scene Pratimda said that I was just on the perfect note and it didn’t look like I was carrying the baggage.

My first scene was a kissing scene. I was initially a bit nervous, I didn’t want it to look exaggerated or dull. But after the scene was over it felt like any other scene and that broke the ice for the character.

How was the experience of working with the cast?

Arjun is so very supportive. Right from the script-reading session to practising the scenes before the shots, I never felt that I am working with him for the first time or it is my first film. They are all so welcoming. I used to sit behind the monitor and watch Paolidi’s performance... to see what she was saying. It was kind of a learning for me. The story has been shot with so much care. 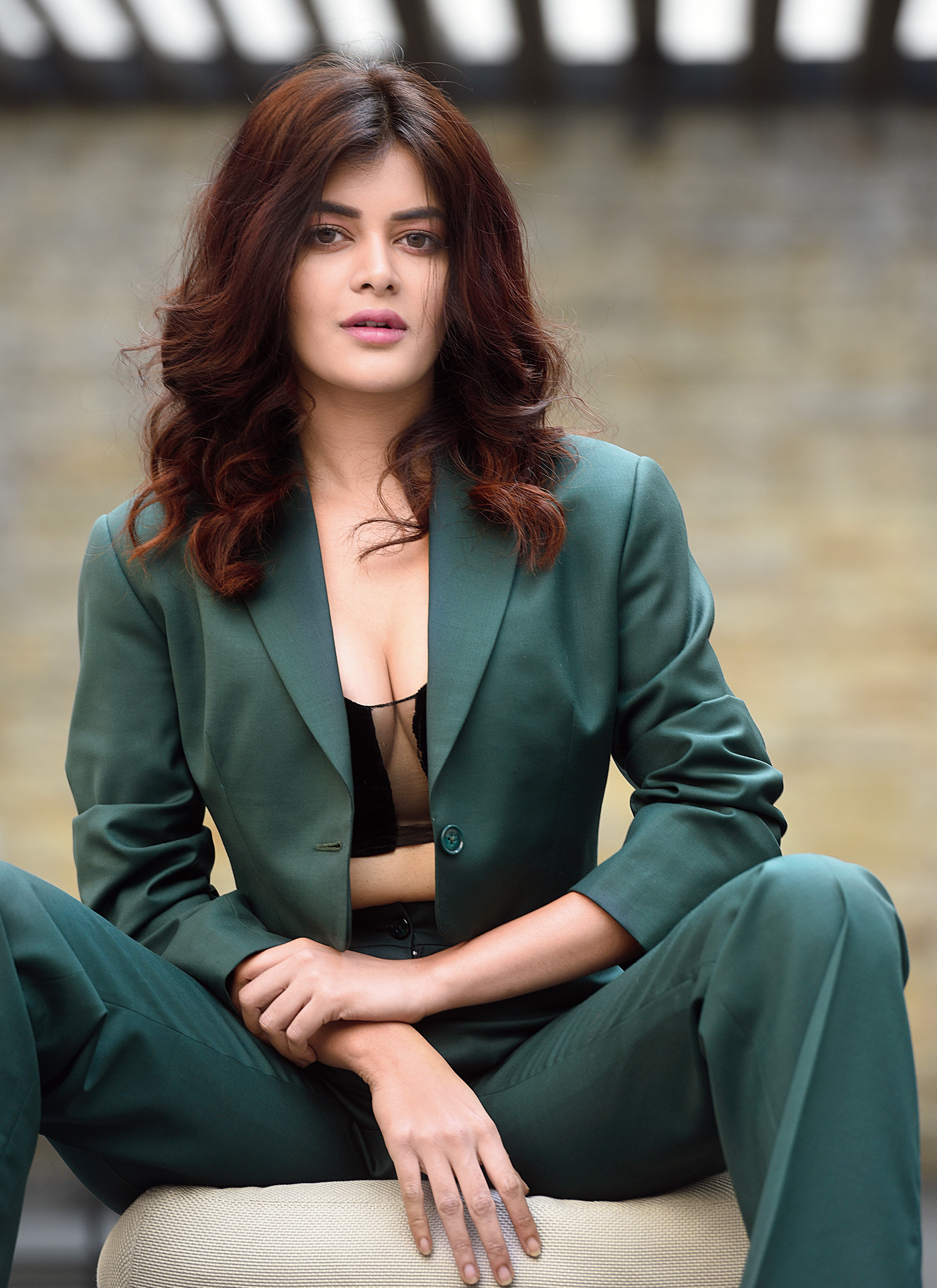 'V-Day doesn’t hold any special significance for me as such. I think if you love your partner every day then every day is Valentine’s Day'
Picture: Pabitra Das/ Location courtesy: The Park

What was the fun part of the shoot?

From every scene I had something to learn, so there was this scene where I had to emerge from water... and I am not a good swimmer. I can just about float. But even then I did the scene for a few times. That is the part that was really fun for me. I generally do the shoot in a fun mood, which is why people call me crazy. But one of the best things about the shoot was how I was mentored by Pratimda at every step. Arjun is very fond of cracking PJs, so we enjoyed his PJs a lot. Arjun is sweet and fun... same for Ananditadi. It was a lot of fun working with the unit.

When I had read the script for the first time with Pratimda I liked it right there and wanted to do it. The build-up is so nice. I liked how the story unfolds, right from the first meeting of the guy and the girl to where it goes... this is one of the smartest scripts I have ever read.

Tell us something about your character?

There are three characters that I portray in the film but it is the story of one girl. Every time the boy and the girl meet each other in a different situation and under difficult circumstances. Kalki played by Paoli Dam runs the show behind it. There are other characters as well. The script has lots of twists and turns. It is a very original script, so one has to watch the whole story to know it.

What was life like for you before stepping into the film world?

It was hard because I had just finished doing a serial called Kusum Dola and after that I was sitting at home for a long time. For a long time I had wanted to shift to films from television. But for that I was waiting for a good concept to work on. People already have a lot of expectations from me. I think that image has stuck in their minds and they love me like that. But I didn’t want to carry that image in films. I wanted to do something different. I started losing weight, started reading a lot of books and attending workshops and watching a lot of films. When the script of Love Aaj Kal Porshu came to me, I had a guideline on what films to see and what to read.

Who are the other directors you are looking forward to working with?

Actually I am more considered about the content. Any good movie with a good character. Definitely directors matter. But a perfect combination would be a good director with good content.

After finishing the shoot of Cheeni, I am planning to go to Mumbai. Some work might happen there. I am in the process of reading scripts.