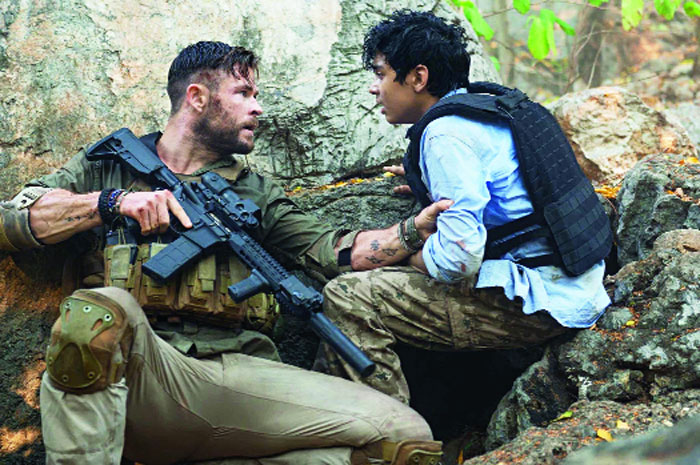 His multi-starrer finale last year was one of the biggest hits of 2019 in India and around the world. This year, he shared videos of hundreds of people lining up in the streets of Ahmedabad and Mumbai to watch him.

Avengers: Endgame and upcoming Extraction’s star Chris Hemsworth has been “blown away” by the welcome he received in India while shooting for the action drama predominantly set in the subcontinent.

The Australian heartthrob enjoys a huge fan following in India courtesy his portrayal of the God of Thunder Thor. Avengers: Endgame, Marvel’s big-ticket release in 2019 starring Chris and the who’s who of MCU, made

Rs 157 crore in three days of its release in India. By the next week, the figures had shot up to Rs 311 crore.

Fan mania and logistics of Chris shooting among his many admirers were partly responsible for the production of Extraction to be shifted to a quiet suburb near Bangkok, but still, the actor has fond memories of the time he spent in India.

“We had such a great time in India. People were beyond welcoming. I’ve never had that kind of response. I was blown away. I thought I was Beatles or something,” the 36-year-old Chris said.

In the Netflix film, the actor plays Tyler Rake, a black market mercenary who embarks on a deadly mission when he’s enlisted to rescue the kidnapped son of a jailed international crime lord.

Extraction is scheduled to release on April 24. It marks the directorial debut of Sam Hargrave, who has worked as a stunt coordinator as well as the body double of “Captain America” Chris Evans.

The film’s global tour, which included a two-day trip to India, has, however, been called off due to the coronavirus scare. Chris and Hargrave were scheduled to arrive in the country on March 16.

Randeep Hooda plays a key role in Extraction, so does newcomer Rudhraksh Jaiswal. The Australian star had some of the kindest things to say about his co-stars, praising Hooda for his “stillness” and Jaiswal for his emotional performance.

Having shared a lot of screen time with Jaiswal, Chris said the young actor reduced people on the sets to tears with his acting.

“Rudy is amazing. I’m blown away by that kid… The way he takes direction is better than a lot of adults... With all honesty, he had us in tears a number of times. We would be chatting and just out of nowhere he pours his heart out and I’m like, ‘I’m not supposed to be upset in this scene’… He will have a big career.”