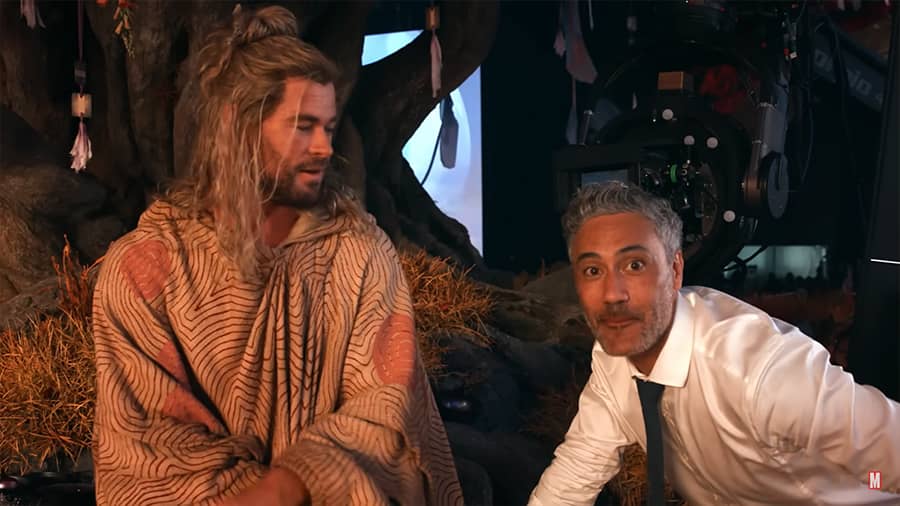 In the video, Marvel salutes the brilliant Waititi, who has helped revolutionise the God of Thunder franchise. The video also includes some new footage from the upcoming film.

The studio shared the video with the tweet: “An imagination second to none. Step into the brilliant brain of @TaikaWaititi in this brand-new featurette and experience Marvel Studios’ #ThorLoveAndThunder.”

An imagination second to none 💭

Step into the brilliant brain of @TaikaWaititi in this brand-new featurette and experience Marvel Studios’ #ThorLoveAndThunder, only in theaters July 8. pic.twitter.com/cp0GVds59i

The director from New Zealand previously helmed 2017’s Thor: Ragnarok and changed the fortunes of the Thor franchise with his signature brand of wit and creativity. Now he’s back to bring some love and thunder to the Marvel Cinematic Universe, along with Natalie Portman’s return as The Mighty Thor.

The star of this video is Waititi himself, as the camera stays on him as he moves around the sets, capturing the wackiness that he is able to translate so successfully onto the screen. The colour and laughs that he brings to the Thor franchise is evident in the behind-the-scenes footage. “Love and Thunder. It’s just so loud and in your face and flamboyant,” the 46-year-old says, looking at the camera.

The highlight of the almost two-minute video is the deep admiration that everyone involved in the film, right from Natalie Portman to MCU debutant Christian Bale, shows for Waititi.

Chris Hemsworth, who has made Thor famous, describes the director as a “genius child” in the video. Academy Award winner Christian Bale, who is making his MCU debut as Gorr the God Butcher in Thor: Love and Thunder, said: “Taika’s a very bloody original filmmaker. He’s mindblowingly talented.”

The Jojo Rabbit director also adds that he’s always wanted to make a crazy but emotional space adventure, while stars Hemsworth, Dave Bautista, Karen Gillan and Pom Klementieff are seen yelling out loud while being silly on set.

Kevin Feige, the president of Marvel Studios, appears on screen to talk about how Waititi wanted to return in order to have fun and tell a fantastic story while also showcasing the emotion that only he can bring to a movie.

“Taika brought such a new energy, not to just the Marvel Universe, but to this franchise,” said Tessa Thompson who stars as Valkyrie.

Then the video moves to underline the relationship between Thor and Jane Foster, which started in the original Thor movie released in 2011. “I think Taika is really good at reflecting the way life can be,” said Portman.