Indian Matchmaking catches attention of Netflix binge-watchers, we try to make sense of the guilty pleasure 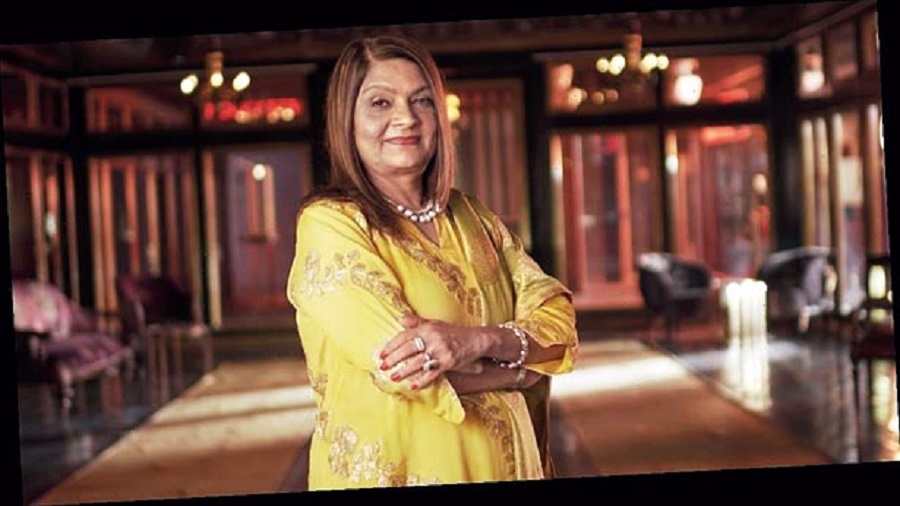 The show follows India’s allegedly most successful matchmaker Sima Taparia (in picture) from Mumbai who jet-sets around the world finding matches for arranged marriages of unsuspecting Indians
Sourced by the Telegraph
Shrestha Saha   |   Published 20.07.20, 08:12 PM

Indian Matchmaking, a documentary-style reality show on Netflix, has caught the attention of cringe-hungry millennials who spiralled between extreme discomfort of fearful relatability and “what is wrong with these people”, in a matter of three episodes, while binge-watching last weekend. The show follows India’s allegedly most successful matchmaker Sima Taparia from Mumbai who jet-sets around the world finding matches for arranged marriages of unsuspecting Indians. From Houston to Udaipur, Sima’s reach is wide, her ledger (called Female Index) of “biodatas” is full and she is low-key judging while asking candidates for their ‘preferences’. The ‘reality’ of this reality TV has single, urban millennials squirming in their seats at this ostentatious show of death of feminism. We list down the 10 moments from the show that had us ROFL-ing (mostly at our forever alone future).

“The girl has to be flexible”

Sima, mother of Mumbai resident Akshay, demands a “flexible” girl, amongst the other long list of demands that would put a dowry-hungry set of parents to shame. While Akshay firmly believes “Mom knows best” and is confident about wanting his mother’s qualities in his prospective wife, this flexibility criteria definitely had us flummoxed.

Aparna, a lawyer in Houston, set new #goals for us as she defined her 55-minute date concept. Not giving a man more than an hour of her life, she has a place that shuts at 10pm, where she sets a date for 8.30pm. “By 9.45, they are picking up chairs” while we silently applaud her move!

If you are venturing into this show, you might as well do it with tipple in hand and take a shot every time you hear the word ‘adjustment’. Sima very strictly tells all independent, strong women in the show their list of ‘expectations’ is preposterous (while the same is acceptable from the boy’s side) and that one must learn to adapt and adjust. Are we talking marriage or joining the army? Only Taparia knows.

“Nothing less than three degrees”

You can take a parent out of India but you can’t take the Indian “Sharmaji ka beta” concept from the parent. Aparna’s mother speaks of landing in New York with two young daughters and boasts of having told them about never wanting to see a B in their report cards and the minimum requirement of two daughters acquiring three degrees at least. Casual Indian parenting pressures, no big deal.

Throw in a face reader too in the mix

Like an astrologer and the abundance of ‘kundlis’ wasn’t enough, Taparia ups her matchmaking game with a face reader thrown into the mix for her “stubborn clients who just don’t seem to find someone”. By this moment in the second episode, we are heavy-breathing at the screen in anxiety!

“I was the designer for all of them”

Pradhyuman, the man of extreme sartorial pickiness, doesn’t limit his wardrobe obsession to himself and generously plays ‘designer’ to the Gods as well. The idols in his home temple comes equipped with a large wardrobe that holds clothes that are changed daily. We only have our stupefied silence to offer to this world at this point.

An aerospace engineer who doubles up as a fortune teller? “Before it is ‘astrology’, it is ‘astronomy,’” and we find ourselves crying inside. I mean who cares about science when you have reality TV?! When he says “Lord Jupiter is now driving your bus”, we admit we fumbled around looking for a spot to avert our eyes.

As crowd-favourite character Nadia walks off into the sunset, in rainy Chicago with Sekar, we hear relief in Taparia’s voice for having made the two meet. She says, “Blessing is everything for a great future” and it sure felt like a 2020 state of mind.

In a moment of intense revelation, spoilt brat Pradhyuman sees a picture of a prospective bride and the first sentence uttered by him is “Why didn’t Sima Auntie show me something like this before?” We couldn’t recuperate from the “something like this” comment about a human being, so please excuse us.

Imagine taking a girl out on a date and then telling her that she is lucky for getting to spend time at what he considers ‘one of the best places in Bombay’. The privilege and sense of entitlement reeking from this first conversation between rich, south Bombay boy Pradhyuman and Rushali Rai, deeply hurt our sentiments. Just like the lack of further episodes in this show!

Think of a first date in a horse ranch, exclaiming at the beauty of horses and your love for animals. Then your date, in an effort to feel included in the conversation and to appear correctly-curious about you, casually probes further by uttering the following sentence — “Mammals or like, other sea animals?” By this point we had tears in our eyes.

A plethora of such regressive moments make up the show that is on affluent Indian weddings and Netflix’s attempt to capture this can be likened to a photographer capturing a comedy show with a deadpan expression on their face. While we learnt that dating indeed is tough no matter who you are and what you do, in whichever part of the world, we also learnt that we still have a long way to go to reach a place where the ‘reality’ of this Indian reality TV doesn’t feel so close to home without being stereotypical. Please watch this series and also don’t watch this series because we honestly don’t know how to feel after having binged on it. RIP good sense.