The Girl on the Train didn’t warrant a remake 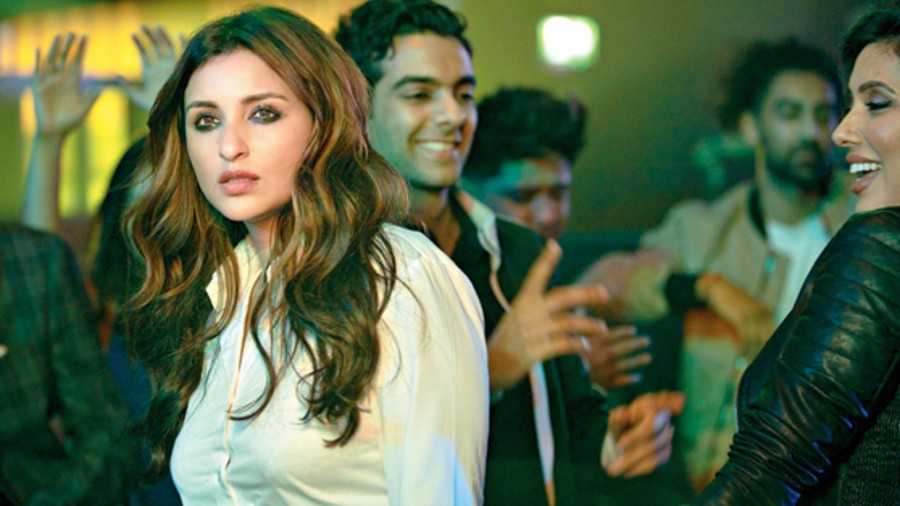 The Gillian Flynn school of writing, trademarked as it is with the unreliable narrator trope and many a red herring, but most of all with a narrative that’s deeply internalised, isn’t easy to adapt on screen. David Fincher did it rather successfully with Gone Girl, but Paula Hawkins, whose stories are embedded in the same genre, had to contend with a mediocre Hollywood adaptation of her seminal thriller The Girl on the Train. The book, that stood strong on a blend of engaging elements like psychological abuse, toxic relationships and murder in a thriller template, didn’t translate so compellingly on screen, held together only by an extremely watchable central turn from Emily Blunt.

In that sense, The Girl on the Train really didn’t warrant a remake, unless the idea was to tweak the template and twist the thrill in a manner that elevated the core ideas of the book. Director Ribhu Dasgupta is not new to the world of adaptations. His 2016 film Te3n is a remake of the South Korean thriller Montage, while his web series Bard of Blood, made two years ago for Netflix, is based on Bilal Siddiqi’s eponymous espionage novel. Both translated on the Hindi screen with mixed results.

With The Girl on the Train, now streaming on Netflix, Ribhu twists and turns the story, along with template and timeline, in such a way that the psychological drama of a woman struggling to find herself through a haze of alcoholism and amnesia is downgraded to that of a thriller which is so incoherently built from the get-go that it unravels much before it ends up at the finish line. As a result, the much touted final twist, a departure from the Holly film, seems too contrived to leave any impact.

The biggest problem with The Girl on the Train is the plot’s unapologetic Bollywood-isation. A few thumkas, by way of a wedding song, are thrown in just a few minutes into the film, much before the thrill kicks in. Flitting between timelines, the film has Parineeti Chopra as Mira Kapoor, once a swashbuckling lawyer with a seemingly devoted husband (played by Avinash Tiwary) and a baby on the way, who now staggers and stumbles through the streets of London, armed with a hip flask.

That’s when she isn’t taking the train every day and looking out of the window to stare at Nusrat (Aditi Rao Hydari), whose happy and carefree life on the surface makes Mira yearn for all that she’s lost. Mira’s voyeurism borders on a kind of obsession for Nusrat, and when the latter goes missing and is subsequently found dead, Mira — whose alcoholism is accompanied by bouts of anterograde amnesia — turns out to be the prime suspect. And because London has more Indians than Britishers, the cop investigating the case is a turbaned lady inspector called Kaur (Kirti Kulhari). Mira goes on the run, carrying out her own parallel investigation. But she’s constantly drunk and forever blacking out, so nothing really moves forward for her. Which is also the case with this film.

The Girl on the Train, with its reliance on multiple dubious narrators and various misleading moments, has the germ of an engaging thriller. But it doesn’t allow itself to examine the more interesting threads of its plot, including gaslighting and the manipulations in a marriage. What we are left with is a thriller that runs out of steam quickly, and a twist in the tail that no one could have seen coming because it’s predicated on information that’s slipped in at the last moment.

Many an average film is redeemed by its performances, but The Girl on the Train gives short shrift to its characters, building them sketchily. Avinash Tiwary and Aditi Rao Hydari are passable, Kirti Kulhari does her best to make the best of what she’s given, while Calcutta men Tota Roy Choudhury and Shamaun Ahmed make the most of their limited screen time.

It’s left to Parineeti Chopra to hold the film together, but the actor, once promising but now lost under a heap of bad film choices, fails to invest her character with the relatability that’s essential to elicit empathy. It doesn’t help that she’s given a ton of bad lines to spout. Like when her heavily pregnant Mira says, “Mujhe bachcha nahin, Bachchan chahiye”. Er, go figure!