SonyLIV’s ‘Meme Boys’ to Netflix’s ‘Record of Ragnarok II’, new trailers and teasers are out 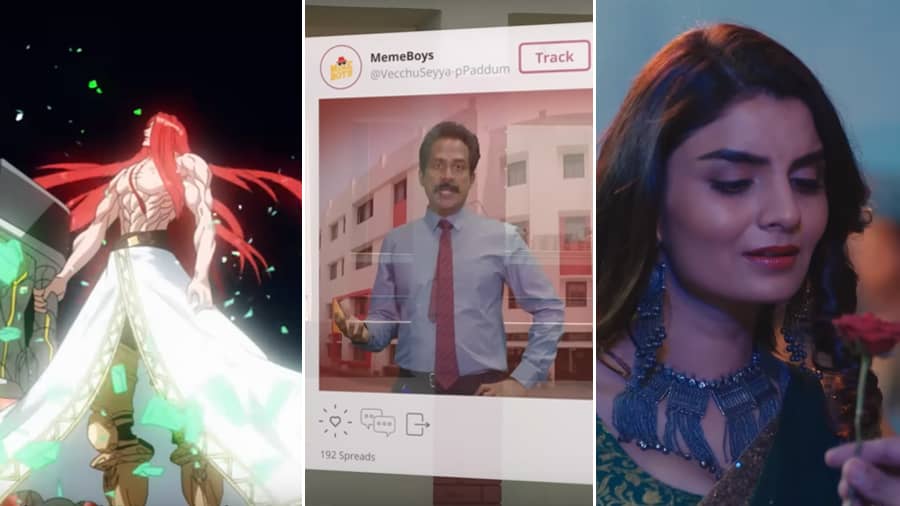 MX Player released the trailer of the upcoming Hungama original series Tera Chhalaava. According to the makers, Tera Chhalaava dives into five unusual stories of people who will go to extreme lengths to save their love, even if it means, ironically, killing who they love. Directed by Kabir Sadanand, the series stars prominent faces from Indian television like Anveshi Jain, Samiksha Bhatnagar, Sandeepa Dhar and Kavita Kaushik. The series will be available to stream on MX Player from July 7.

SonyLIV unveiled the trailer of its upcoming Tamil original Meme Boys. The trailer teases a quirky comedy-drama packed with references to Tamil popular culture. In silence, the students on campus watch as four college students are detained by the police at the start of the trailer. Aditya Bhaskar, Namrata, Jayant, Siddharth, Badava Gopi, Latha Venkatraman, Sri Ganesh, and Nikhil Nair are among the actors who appear in the show. Gokul Krishna is the showrunner and Arun Koushik is the director for the show that Rajiv Rajaram and Drishya have created. Meme Boys will stream from July 22.

Netflix released the official teaser of their upcoming season 2 of the anime Record of Ragnarok. It is based on the popular manga of the same name serialised in Monthly Comic Zenon and which has sold over 10 million copies. Masao Ookubo is directing the series, while Kazuyuki Fudeyasu and Yuka Yamada are on the series composition. Masaki Sato is doing the character designs and Yasuharu Takanashi is composing the music. The series will be available to stream in 2023.