Advertisement
Home / Entertainment / Shantaram is about second chances, say the actors of a new show

Shantaram is about second chances, say the actors of a new show

The screen adaptation of the book has been in the works for years but it has finally come alive in an Apple TV+ series, created by Eric Warren Singer and Steve Lightfoot 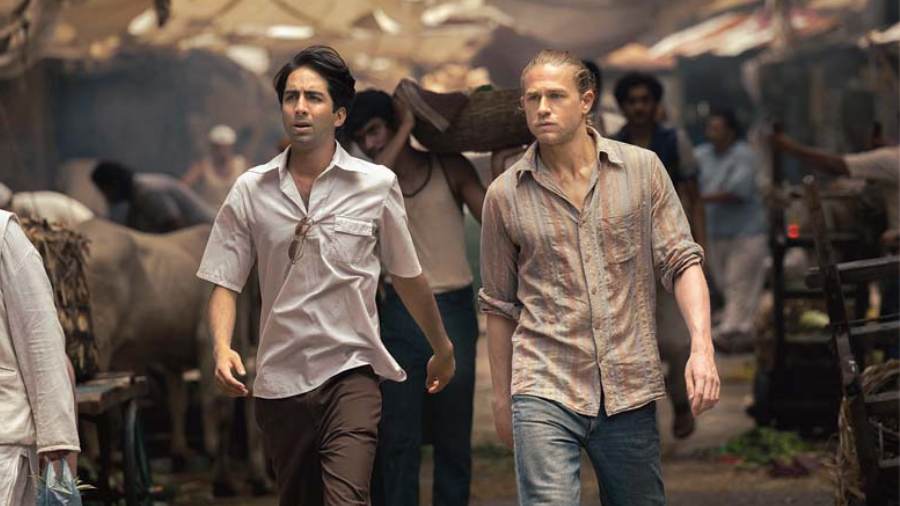 The writer Gregory David Roberts’s real life is what reel life often looks for — he became an outlaw who fled his country, arrived in India where he ended up hobnobbing with hitmen and junkies and when the law caught up with him (once more), he turned over a new leaf. He survived the anarchy of a life lived on the edge and then managed to write a best-selling book in the form of Shantaram.

The screen adaptation of the book has been in the works for years but it has finally come alive in an Apple TV+ series, created by Eric Warren Singer and Steve Lightfoot. Charlie Hunnam stars as the hero Dale/ Lindsay ‘Linbaba’ Ford but making him shine are the other characters.

We spoke to Shubham Saraf who plays Prabaker, the friendly tour guide who becomes Lin’s friend through most of the show, Antonia Desplat as Karla Saaranen, a mysterious French woman and Lin’s love interest, and Elektra Kilbey as Lisa Carter, one of Karla’s friends, who is suffering from substance abuse.

When did you first hear about the book Shantaram?

Shubham Saraf: The story has a bit of myth around it; it’s been in production for so long. I first came across the book when I was like 15 years old. I remember I was on an Air India flight, sitting next to my dad going to visit my buas and maasis. The book just lit me on fire. There’s this line about the smell of India; I remember, coming off the plane and I was like, “Yes, this is that smell.” Someone had articulated something that I never even knew. A lot of TV shows are shrouded in a lot of secrecy. The script came in and the character names were changed. But I was like, “Hang on, I recognise this and I recognise this character.” It just felt that I had my character inside me and and the rest worked out.

Antonia Desplat: I’ve read the book seven times by now and I’m a big fan of the book. I didn’t know about the book before I auditioned for the show. During the pandemic, we had a long hiatus where I decided to just read the book over and over again.

Elektra Kilbey: I’ve read it once but had heard about it so many times, because it was the kind of book that you would find on every bookshelf — at a friend’s houses or in airport bookshops. When the audition came in, I decided to start reading it.

When we speak of on-screen Mumbai, often we are taken to the early 1980s. What do you think of the image of Mumbai?

Shubham: First, I feel that the dedication of the entire team was on point — the right make-up, costume, set designs… it’s a huge collective effort behind creating Bombay of the ’80s. One of the first scenes we filmed had to do with Colaba when Lin (Charlie Hunnam’s character Dale/Lindsay) appears from the bus in Colaba and Prabhu meets him the first time. There were so many extras, so many cars, Ambassadors, taxis, rickshaws, hawkers… it just hit me; I couldn’t believe this was actually happening. From what I’ve been told that the Bombay that we have now is not at all like what it was in the ’80s. On the show, the city has been given a fair recreation.

Elektra: We went there, and we absolutely loved the city. We did all the kinds of things that they describe in the book. We had lunch at the Taj, went down Colaba, we did all those things and we fell in love with it.

The scale of Shantaram is stunning. Shubham, you have done a lot of Shakespeare and worked on high-quality productions. Do you think there are Shakespearean elements here?

Shubham: I love Shakespeare, he is one of the writers I keep coming back to whenever I feel like I’m drying out as an actor. His words make my blood pump around my body. And weirdly, there’s a lot of Shakespeare in the text of Shantaram. Like if you read the book, and even on the show, one of the main lines and refrains within the episodes is, I believe all the answers to life’s questions can be found in Shakespeare. And I think it’s true. Shakespeare sort of mines human existence on a scale that is like life and death, heaven and hell. And I think this show kind of tries to do that as well — looks at human existence with that kind of paradigm.

The show is at some level about second chances. Do you connect with the theme?

Elektra: The show is definitely about second chances, and redemption and finding a new home away from home. And I feel like every character in the show is on that journey. It’s fun as an actor to be on that trajectory of looking for answers for the character or looking for what their goals are… what they’re running away from and working with.

Antonia: They are all running away from their past and trying to find a new identity in a foreign land where they can be whoever they want to be.

To what degree the characters in the book have been reworked for the show?

Antonia: In the book, everything is told through Lin’s perspective. And in our version, you get an insight of the life of Lisa, the life of Karla as standalone characters; the audience is introduced to the inner secrets of the characters and other characters are not aware of it. The audience becomes an ally and I think they’re a lot more rounded characters than they are in the book.

Elektra Kilbey: Also, Lisa’s character in the show is an amalgamation of Ulla from the book as well as Lisa. So I’ve got both storylines and that’s a lot to work with.

Whom did you model your characters on?

Elektra: For Lisa, I was inspired by the book and also a few different characters from the movies. I did find inspiration in Jane Fonda in Klute as well as Kate Hudson as Penny Lane in Almost Famous. Also, a couple of women I’ve met in real life but I won’t mention names.

Antonia: I wanted to bring this touch of old Hollywood classics. Then I also watched a lot of Angelina Jolie interviews, because I feel like Angelina Jolie has a warmth to her, and yet she’s very untenable and distant in a way. She has a beautiful smile, and she’s always very engaged.

What do you want viewers to take away from the show and what did you take away while working on it?

Shubham: It’s a story about a man who’s lost himself, his identity, and his freedom. And then he comes to this strange world which appears to be something that shouldn’t work, but it somehow does; it’s a magical paradox. And it also puts him on the edge, shoves him in a corner and he understands what it means to be alive. He discovers a new sort of dimension to who he is and understands what it means to be free and the choices we have to make as humans. That’s what I took away from the show and I hope viewers appreciate the idea of freedom.

Antonia: The show has so many things going on — it’s a love story, it’s an action thriller, it’s a drama. I think the audience will find a lot of satisfaction because it takes so many types of genres.

What were the biggest challenges when it came to filming, especially because there was a pandemic-induced hiatus?

Antonia: For me it had to do with learning Hindi. I learned Hindi and I also took some Hindi classes, because I didn’t want to just learn the lines and read a script. I wanted to have an understanding of the language and be able to formulate sentences. I love languages and I love phonetics, I think it’s always a fun challenge to take on when it comes to learning a new language. Also, my character Karla has been living in Bombay for so many years, she needed to be as fluent as possible.