Shaan on his Poila Baisakh release

‘Mon dubey jaai’, a romantic ballad that finds him at his soulful best 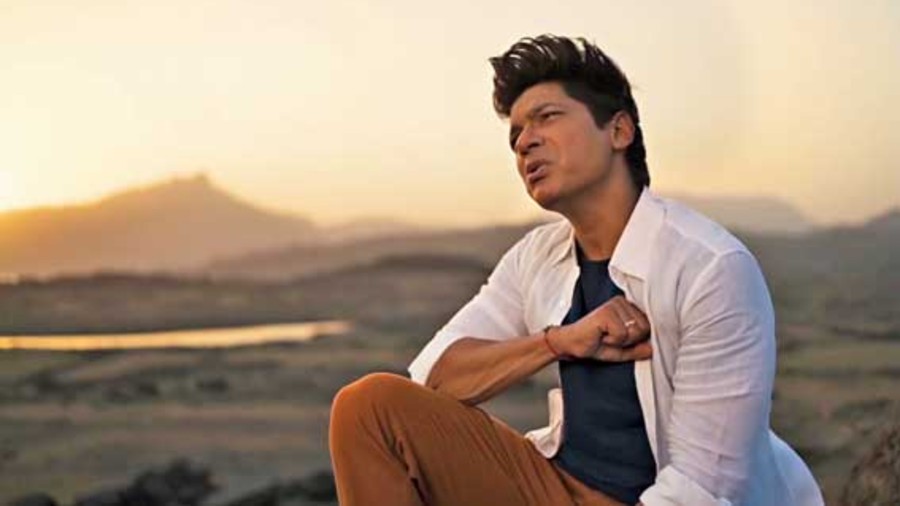 Shaan in the music video of Mon dubey jaai
Sourced by the correspondent
Urvashi Bhattacharya   |   Published 13.04.21, 03:22 AM

With Poila Baisakh almost here, Shaan is celebrating with a new song — Mon dubey jaai, a romantic ballad that finds him at his soulful best. The music video for the song stars Roselyn D’Souza. The 48-year-old admits that the tune has been with him for a very long time but with the help of Rajib Chakraborty, who wrote the song, they were able to turn it into a romantic release. Here’s more from Shaan.

Poila Baishak has become even more special for you this time because of the song Mon dubey jaai. Are you excited?

Yes! I thought why not put out a brand new Bengali song to celebrate the occasion.

The tune for the song has been with you for a long time. What makes it perfect for this particular effort?

The song has a lilting melody. The melodic changes are very refreshing, if I may say so myself. I initially had this song written as a Hindi number. But, instinctively, I felt it could be very interesting with Bengali lyrics and once lyricist Rajib Chakraborty sent his draft, soaked in romance, I was convinced. Mon dubey jaai is a beautiful expression that signifies the longing for someone who you believe will come back to you some day. The bittersweet words blend perfectly with the tune.

And the connection to Poila Baishak?

I don’t know if there exists a trend of releasing Bengali songs on Poila Baisakh, like many do during Durga Puja, but I’m sure this will be a trendsetting song.

How was it working with Rajib and Mehul Gadani, who made the video?

This is my fourth song as a composer with Rajib. Kuashaa and Joy dugga bol released through Asha Audio. China and now Mon dubey jaai are on my label, ShaanMusic. He is pure genius. He writes in every genre but never compromises with lyrical aesthetics. In this song I didn’t feel the need to make even a single change to the words. Mehul Gadani is on my team. Though we shot the video in a hurry and with limited resources, he turned it into a visual treat! Ganesh Surve, again, is on my team. Being my studio engineer over the last few months he has matured into a very good music producer too.

We tried many different styles — ballad, dance, traditional — and then finally zeroed in on swing, R&B style. Mon dubey jaai has a travel-song vibe.

How do you plan to spend time on Bengali new year?

I am travelling to Calcutta on Poila Baishak to attend an award show. I will also be singing my new single live there, besides a few more

What is a Poila Baishak must-have?

Honestly, having lived all my life outside Bengal in a nuclear family, I am not very culturally active. So besides wishing my relatives and Bengali friends “Shubho noboborsho”, I will take it easy.