The actor plays the legendary cricketer in '83 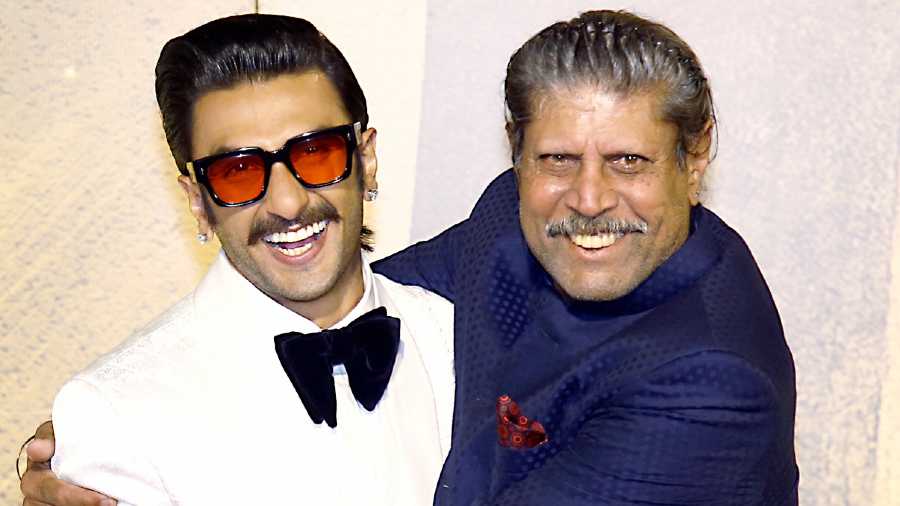 Actor Ranveer Singh on Thursday wished Kapil Dev on his 63rd birthday and said he was privileged to play the role of the former cricket captain in his recently released film '83.

The actor shared a throwback picture with Dev on Instagram, where he is seen in the get-up of the legendary cricketer on the sets of "83".

"Happy birthday to the original Sakht Jaan @therealkapildev what an honour it's been embodying your champion spirit on screen," Singh captioned the picture.

Released theatrically to glowing reviews on December 24, 2021, the film has so far clocked more than Rs 94 crore at the domestic box office.

Earlier in the day, Shibasish Sarkar, Group CEO, Reliance Entertainment -- which was one of the presenters of the film -- said it will release digitally and on TV only after it completes a theatrical run of minimum eight weeks.

The film was released in Hindi, Tamil, Telugu, Kannada and Malayalam.