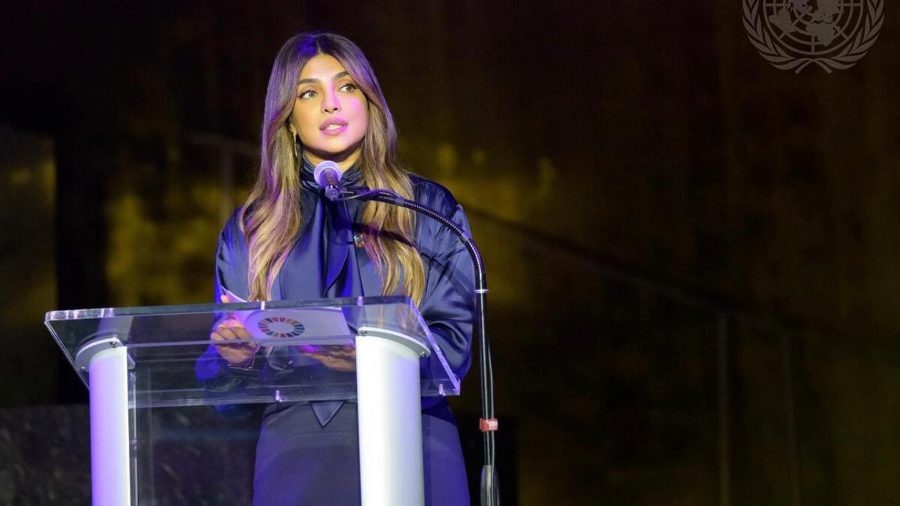 Actress-producer Priyanka Chopra Jonas, who is currently in Kenya, has appealed to people across the world to support UNICEF's efforts against the country's hunger crisis.

In a video shared on her official Instagram account on Monday night, the UNICEF Goodwill Ambassador said children in the African country are “starving to death” and funds are needed to fight the catastrophe.

“Children are starving to death and millions are on the brink of starvation. This is the face of the climate crisis, and here in Kenya it's happening right now. But there is hope and there are solutions,” she wrote.

“Over the next few days, I'll be showing @unicef's immense efforts happening on the ground to save lives. But in order to reverse this unprecedented crisis, money is desperately needed to ensure the good work continues,” Priyanka’s post further read.

As a new mother, the 40-year-old actress said the urgent situation “hits” her differently. She and singer-husband Nick Jonas welcomed daughter Malti Marie Chopra Jonas in January, via a surrogate.

“I am very uneasy today. My mind is in a million places at one time, I am really feeling on the edge. It's been this way since I boarded my flight from LA. I am in Kenya with UNICEF to see first hand the severe crisis that is unfolding. And as a new mother, it really hits differently. I know it's going to be tough but I want to take you on this journey,” she said in the video.

According to the official UNICEF website, soaring food prices across the world, made worse by the war in Ukraine and three failed consecutive rainy seasons, have forced families across Djibouti, Ethiopia, Kenya and Somalia to leave everything behind in search of food and water.

“Families cannot cope with higher food prices, their livestock are dying off, and their incomes are drying up. They have nowhere left to turn. Millions of children are fighting severe acute malnutrition, in the worst hunger crisis of our generation,” the United Nations agency said.

The Matrix Resurrections actress, who is involved in a number of efforts to protect children's rights and promote the education of girls in India, also urged her fans and followers to donate for the cause.

Recently, Priyanka lent her support to Iranian women who have been protesting over the death of 22-year-old Mahsa Amini. A section of social media users had accused the actress of “selective activism” when she spoke up for Iran while maintaining silence on issues plaguing her native country.