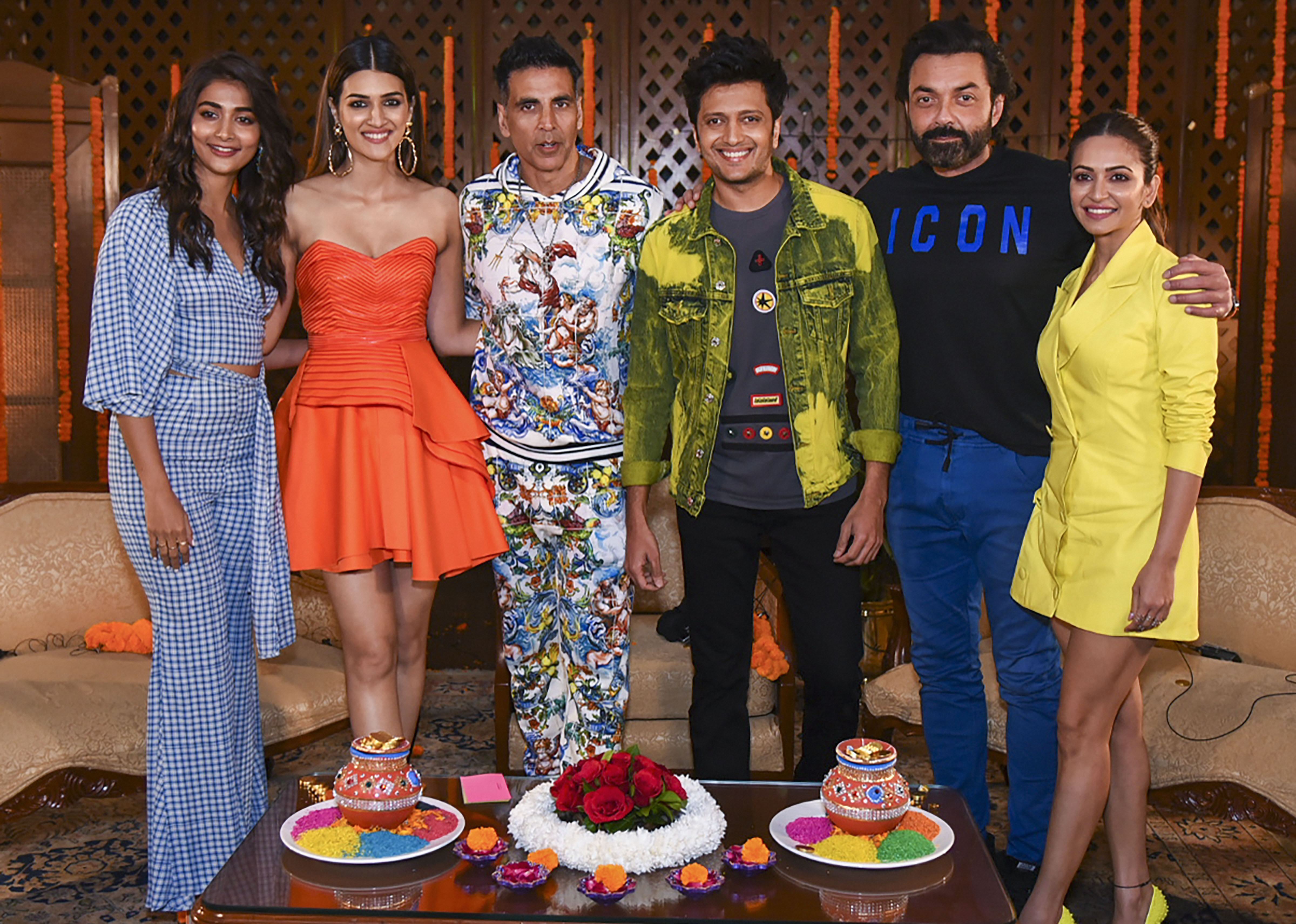 Actor Bobby Deol's upcoming film Housefull 4 was one of the biggest projects in Bollywood to face the wrath of #MeToo movement as Sajid Khan had to step down from his directing duties after sexual harassment charges were levelled against him.

Now closer to the release of the movie, which was then completed by Farhad Samjhi, Bobby says there is a lot of change in the way Bollywood functions and people are making sure to provide safer and happier work environment to everyone.

'I don't know anyone's personal life. Things come out and if they are proved and people, who are wrong, should be dealt in the right way. And this works for both men and women because in the world we live, there a lot of stories about women troubling men, which do not come out and vice-versa.

'But this stand taken by the public is really helping a lot of people, who are going through tough times. So whoever is genuine should be helped and taken care of. And this is put into everybody's contract. So people are becoming more careful and work environment is becoming safer and happier,' Bobby told PTI in an interview in Mumbai.

The 50-year-old actor says the shooting of the film did not suffer due to the #MeToo allegations on Sajid.

'Only one day shooting got delayed and the decision was made by Fox Star Studios and Sajid Nadiadwala. The film was planned like this, that it will be wrapped before Diwali as it had special effects and for that the makers needed time before hand.'

Bobby believes social media has empowered people and has given them a platform to express their views on issues pertaining to the society.

'All I can say about #MeToo is that a lot of things in our country, and not just our profession, might have been going on for years but no one had the voice, no one heard that voice. Now because of social media and so many ways of voicing your opinion or what you are going through has helped a lot of people. It is something people should use in the right way. That is how it should be,' the actor said.

Bobby is a new entrant in the Housefull franchise, which is headlined by actor Akshay Kumar. He says he is happy to be a part of such a popular franchise.

'Akshay and Riteish Deshmukh's chemistry is the selling point of the film and that is how it has been so far. These two characters are often over-the-top. My character is not like that, it is situational when it gets funny,' he said.

It releases worldwide on October 25.