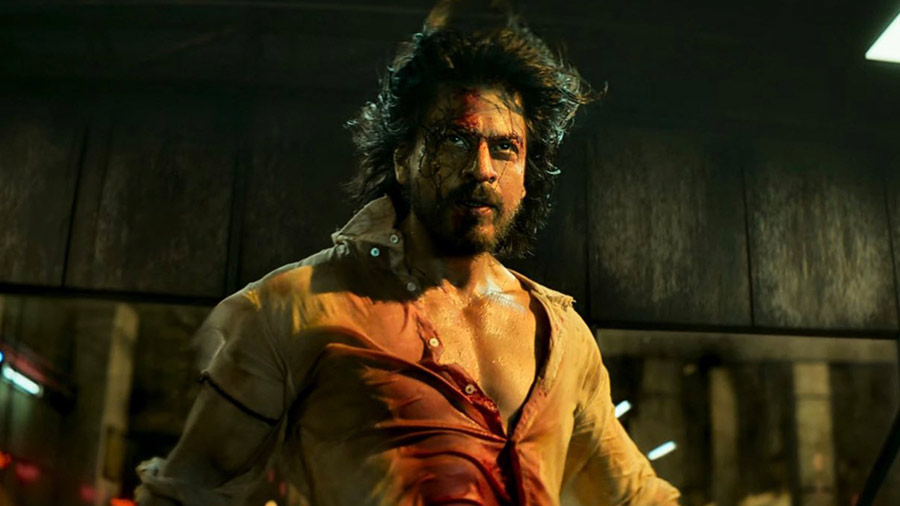 Shah Rukh Khan-starrer “Pathaan”, which released with much fanfare on Wednesday, has added 300 more screens due to high demand, according to trade analyst Taran Adarsh.

In a post on Twitter, the Mumbai-based industry expert said exhibitors decided to increase the screen count of the spy thriller right after the "unprecedented" response to first show of the film.

The addition of 300 shows now takes the total screen count of the Siddharth Anand directorial to over 8,000 screens across the globe, making “Pathaan” one of the widest Hindi releases of all time.

The film follows the titular spy Pathaan who comes out of exile to stop terrorist group Outfit X, led by John's Jim, from launching a debilitating attack on India. It marks the return of Shah Rukh on the big screen after over four years.

Till Tuesday, "Pathaan" sold with 4.19 lakh tickets sold in advance booking reflecting 80 per cent occupancy on day one, even for early morning shows beginning at 6am or 7am, said industry insiders.

The movie, which has a guest appearance by Salman Khan as fellow spy Tiger under the Yash Raj Films franchise, is expected to earn between Rs 45-50 crore on the opening day, signalling the much-needed revival of the Hindi film exhibition industry which struggled with a series of flops in 2022.