Advertisement
Home / Entertainment / Parambrata Chattopadhyay on the film Tangra Blues, which talks about redemption through music

Parambrata Chattopadhyay on the film Tangra Blues, which talks about redemption through music

He also talks about the core emotion he lives off 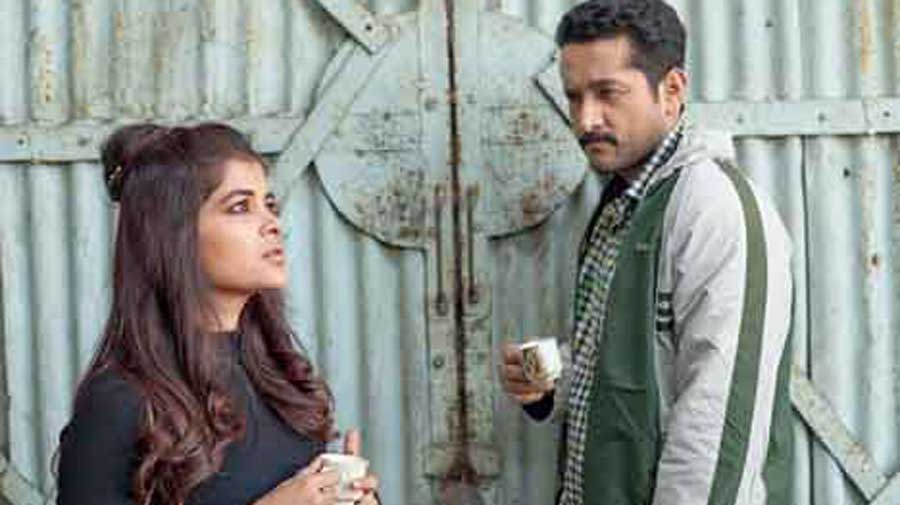 Parambrata in Tangra Blues, which releases today in theatres
Sourced by The Telegraph
Arindam Chatterjee   |   Calcutta   |   Published 15.04.21, 12:20 AM

The film Tangra Blues, directed by Supriyo Sen, is a jubilant musical journey set against the backdrop of gang wars. It tells the story of a young music-maker Joyee (played by Madhumita Sarcar), who escapes the glitz of Mumbai to stay in a posh apartment adjacent to Tangra. She becomes fascinated by the performances of a music band, made solely out of the raw talents of young slum kids. With time she meets Sanjib Mandal (played by Parambrata Chattopadhyay), the leader of the band, who eventually changes the course of Joyee’s life. A t2 chat with Parambrata on Tangra Blues, which releases today in theatres....

You had told us about this project around five years ago. What was the starting point for Tangra Blues? How did you get to know about the Sanjay Mandal Group?

I got to know about the group at the The Telegraph True Spirit Puja Awards in 2014. I met with Sanjay and his group for the first time. They fascinated me. In 2015, I was doing a film called Babar Naam Gandhiji, and there was a little kid who was sort of the hero of the film. And it turned out that this boy was part of Sanjay’s band. There were other boys too from Sanjay’s group playing tertiary characters. Then I went there (to find out more about this group) and I wanted to do something... they only informed me that Supriyo Sen was making a documentary on them. Now, I had known Supriyo for a very long time. I called him up and told him about my idea. He said: ‘How about we do it together.’

It was called Wasteland then. Drafts after drafts were made. From then on we (Roadshow Films) went on to do many projects but Wasteland didn’t take off for some reason. Finally, the ball started rolling in 2020.

Tangra Blues has turned out to be really exciting. That gives us a sense of satisfaction, fulfillment and closure. 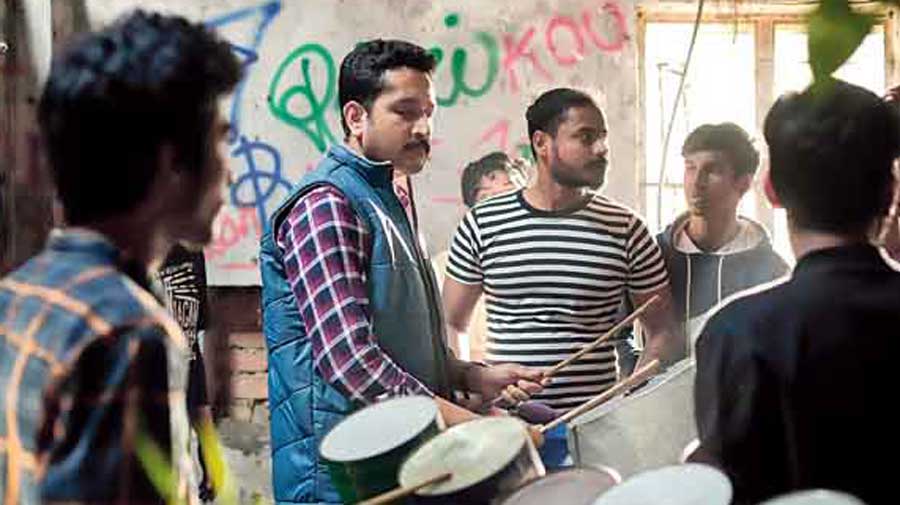 Parambrata in Tangra Blues, which releases today in theatres
S

How did you prep for the character?

Sanjib is loosely based on Sanjay Mandal. But their lives are not the same. We have tried to create a character that does have elements which a character like Sanjay might have. Certain things coincide with Sanjay’s life; others don’t. But the idea — of this one man who was involved in certain activities redeeming himself through music and then helping the children of the area to find a better path — is the fundamental one on which we have built the film. The rest is fiction. I have known Sanjay for a long time; I have practised with the group... I have seen these boys grow up.

Did you have questions for Sanjay to understand your character better?

I have been observing him for a very long time.

What do you admire about Sanjay? His spirit, journey, perseverance?

Can you connect with that idealism at some level?

As artistes we are meant to be empathetic. Sadly, it is not abundantly available. If there is any core emotion that I live off, that would be empathy.  It doesn’t matter which side of the political spectrum you belong to. You have to have empathy and genuinely so. I live off empathy for fellow human beings. It does generate a certain activist in me some times. That activism is my own. I have always believed the personal to be political. I do not need any political platform to do that activism or to say things which I deem right. Similarly, I have seen Sanjay carrying forth his own crusade. There is a lot that an individual can do. You don’t need to suck up to anyone in order to work, to bring about small changes in your own life and in the lives of the people around you.

How important were the practise sessions with the group?

I have seen the kids grow up. We share a great rapport and that, in fact, helped a lot. For a rank outsider it might have been difficult to fill the shoes of Sanjay. They are so close to him. They are acting in the film, so they might have had an issue deep within to accept  an outsider.  It helped that I share a great rapport with them... and I played with them. We did extensive rehearsals this time. I played the same percussions they play. The fact that I can jam and jive with them, opens doors. Because they communicate mainly through that raw energy while playing.

Supriyo Sen is a renowned documentary film-maker. How does his approach towards film-making differ from yours?

The understanding of the subject that Supriyoda brought to the table... since he spent the most amount of time with them.... that is invaluable. Supriyoda has this neurotic nervous energy; he is jittery; he is visibly animated. He had a documentary kind of approach to film-making for the first few days. Of course, you need time. Documentaries are all about waiting for the moment, when something happens. But that is not my thing. I have everything on paper. For me, on set there is only 20 per cent space for improvisation. Rest is planned in the head or is on paper. Your creative planning, how to execute a certain thing, that has already happened. That’s done. But the school of documentary film-making is the other way round. There, you have to go in and wait. Coming from that school, with a limited number of  days to shoot the film and a large unit... he took his time for the first two days. Once he got into the groove, he figured out a certain cadence and pattern in which to shoot the film.

Madhumita is an incredibly gifted actress and a sensitive human being. She is very young... in the coming days if she can store herself a little more, that’ll be great. If she can channelise her creative energy and build on it, she’ll be an incredibly valuable asset for all of us in the near future. She is an articulate, incredibly sensitive actress.

You have been working on this project for five years. Those who don’t know this have started making comparisons with Gully Boy. Some feel Tangra Blues is in that space. What would you like to tell them?

They can say whatever they want to. I don’t need to challenge this. It is meant to be a free country, though I am not sure how free it is. It is supposed to be a free country, maybe more free for a certain section of society but less free for others. The fact remains that officially it is a free country. The first draft (of Tangra Blues) was written in 2015-16. Gully Boy was not born then. Tangra Blues is so different from Gully Boy. Rap is a byproduct of the music that they do in Tangra Blues. It is all about making music with these waste materials. The driving factors of Tangra Blues are very different. The film is about... when a few individuals seek redemption against all odds... redemption from their own demons... music plays the best key.

For the past couple of months, you were travelling constantly... to Bombay and Delhi. Do you get work done on flights?

Yes! There is so much work that can be done on flights. Reading scripts, writing mails, catching up on things that you didn’t find the time to watch. Everything that I have seen recently were on flights.