Advertisement
Home / Entertainment / Nobody cares about your story till you win, so WIN, says Sanjay Dutt

Nobody cares about your story till you win, so WIN, says Sanjay Dutt

The ever-fit actor's hunger for success knows no bounds 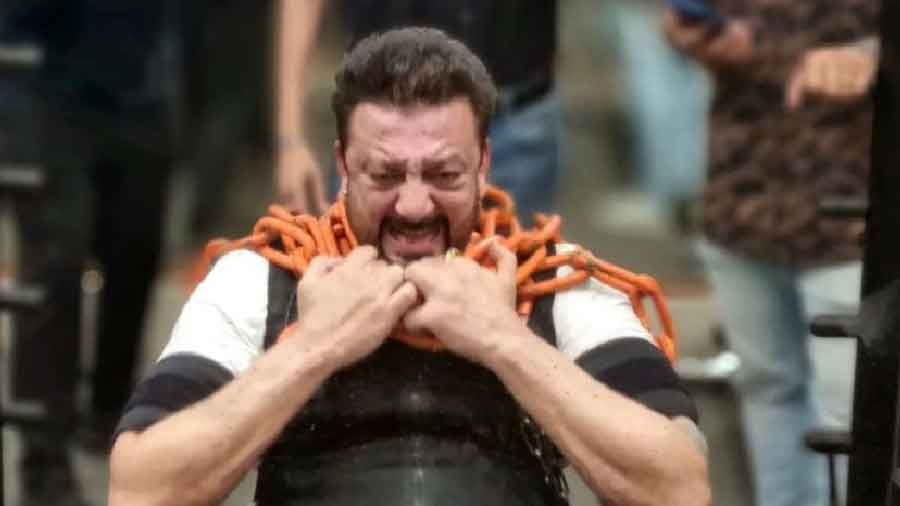 Sanjay Dutt's charisma and physique have always been admired by generations. The actor is always up with his never giving up attitude as seen while shooting for KGF Chapter 2 when he just recovered from cancer and still nailed the character of 'Adheera' with his performance. The actor has set many examples of his triumphs over difficult life situations and we have seen the testimony of the same in the past.

Recently, the actor took to his social media and shared a very intense workout picture in which his dedication can be seen as he lifts heavy chains in the gym. He wrote a motivating caption -

"Nobody cares about your story till you win, so WIN!"

Dutt has stunned everyone with his deadly villain avatar in KGF Chapter 2 which has garnered immense love from the audience and has become a major takeaway from the film.

The veteran actor has some exciting projects coming up like Shamshera, Ghudchadi and Prithiviraj. Apart from that, he has signed up for some more interesting films and the official announcements are expected soon.