‘Naomi Osaka’ is a meditative watch 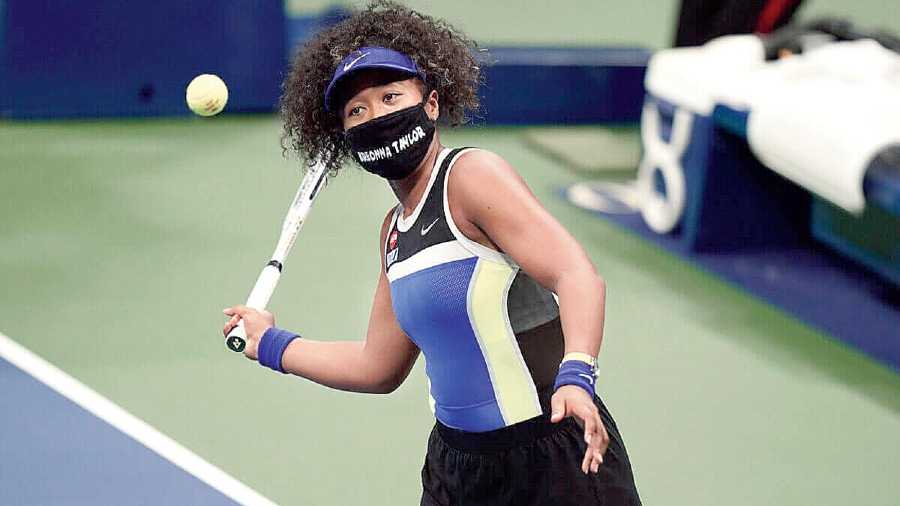 Whether she’s digging into a Ramen bowl or is perched at Championship Point at a Grand Slam final, Naomi Osaka has an almost inscrutable face. And yet, very often, she seems to be a deer caught in the headlights. Which isn’t, given the circumstances that have surrounded the 23-year-old tennis champ over the last few months, an implausible way to describe her.

Last month, Osaka — ranked No. 2 in the world currently — withdrew from Wimbledon saying that she was “taking some personal time with friends and family”. This, right after she controversially backed out of this year’s French Open after expressing her decision not to speak with the press during the tournament. In doing so, Osaka has not only brought mental health and the pressures of the tennis circuit into the spotlight, but has also paved the way for others to (sometimes) put themselves before the game.

Naomi Osaka, the three-part series commissioned by the champ herself and now streaming on Netflix, couldn’t, therefore, be better timed. The series not only traces Osaka’s meteoric rise to four Grand Slam titles in the last three years to become the top-earning female athlete of all time, but more interestingly, shows her life between her wins and losses, a life plagued by self-doubt, melancholy, worry and the burden of the success that has come to her at a very early age.

“I feel like a vessel,” is something that Osaka says more than once in the series. It’s an interesting line, which can be interpreted in different ways. While Osaka probably refers to herself as a “vessel” for all the hard work that she and her team puts in, it could also signal an emptiness of sorts, something that the series — often panning on the tennis star’s melancholic face, looking into the distance — reinforces time and again.

Naomi Osaka isn’t the average sports documentary that almost often only casts a look at its subject’s grace under pressure or the path the underdog at the centre takes to win over the world. Osaka’s successes on court are balanced by some big losses —  including the 2020 Australian Open, which was another title defence for Osaka gone awry — and we see her putting her thoughts out there more in her self-taped ‘confessional videos’ (some of which she shoots inside her bathroom) than in the dime-a-dozen press conferences that we now know how much she despises.

But that isn’t to say that Osaka, as we get to see in this Garrett Bradley-directed documentary, is impolite. Very often, she’s thoughtful in her media interactions, answering the questions thrown at her softly. Even when she’s modelling for the biggest names in the business, Osaka is noticeably reserved. In fact, on an episode of The Ellen Show, host Ellen DeGeneres tells her after the young woman mutters a sentence, “Wow, you’ve really come out of your shell!”

What sets Naomi Osaka apart from other sports documentaries is its deeply meditative pace. While that may not find favour with everyone, it’s an intriguing approach to take, given how deep a peek it offers into the ‘other life’ of its subject. Osaka’s breakdown after the sudden death of her mentor Kobe Bryant brings a lump to the throat, while you admire her quiet strength when she lends her voice to the Black Lives Matter protests, wearing face masks emblazoned with the names of victims of police shootings to each of her seven matches at the 2020 US Open.

A laudable aspect of the documentary is how it illustrates the flipside of stardom, but doesn’t make for a bleak watch. You feel for young Osaka when she pines for a life not lived. “I always wanted the high school experience, like going to college,” she says. “Honestly, I feel like I’m too far down this path to even wonder about what could have been”. But you also cheer her on as she moves from one win to another, her self-criticism clearly giving way to a dogged determination to put her contemplation into action.

Case in point: Osaka, in the middle of her 22nd birthday dinner, turns to her mom and asks her hesitantly, “Did you think, by the time I was 22, I would’ve done more?” Well, late last week, at age 23, Osaka was the the final torchbearer, lighting the Olympic flame in a memorable end to a dazzling ceremony to mark the opening of Tokyo 2020.

The game for Osaka has clearly just begun.