The movie bristles with ideas about history, politics, art and urban planning 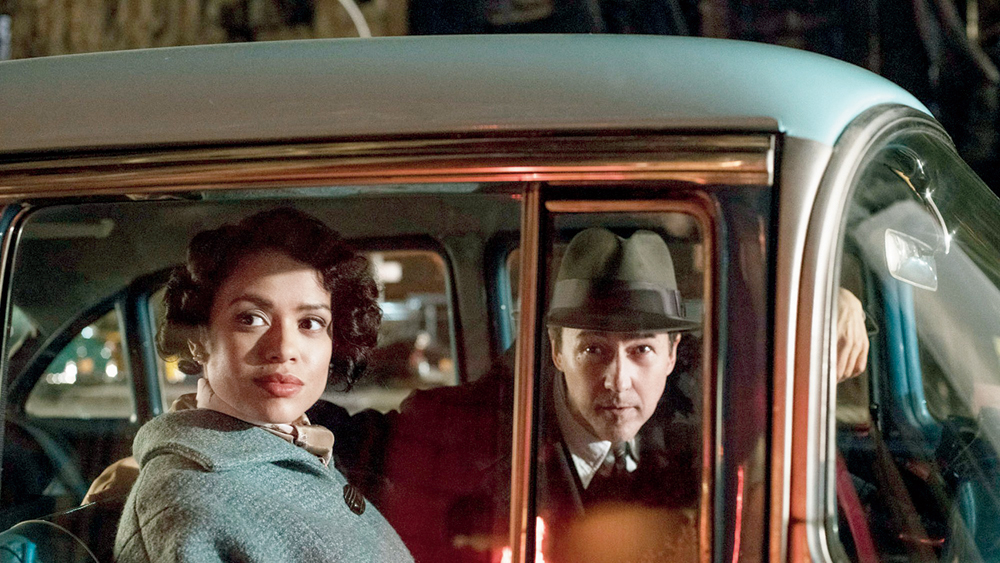 Lionel Essrog — people also call him Brooklyn, and sometimes Freakshow — is a New York gumshoe, plying his trade in the 1950s. The Dodgers are still in Brooklyn, though Walter O’Malley is threatening to move them to California. The cars are boxy, the men wear fedoras, steam rises from the manhole covers and jazz wafts through the air. But Lionel, played by Edward Norton, who also wrote and directed Motherless Brooklyn (loosely adapted from Jonathan Lethem’s novel of the same name) is tenderhearted rather than hard-boiled.

He has some problems with his brain, a condition he likens to living with “an anarchist” who happens to be relentlessly detail-oriented. (Lethem specifies Tourette’s syndrome; the movie doesn’t hazard a diagnosis.) Lionel’s physical twitches and tics are often accompanied by bursts of wordplay that are more poetic than profane. They are sometimes played for comedy, though not in a cruel way — Norton is as protective of the character’s dignity as Lionel is solicitous of the vulnerable souls who come his way — and sometimes mined for morals.

“Name it, claim it, shame it!” Lionel spouts involuntarily during a late showdown with the chief bad guy. That could serve as a tag line, with “it” referring to the abuses of power that Lionel finds as he tries to unravel an especially vexing case, one involving him and everyone he cares about. The buzzing mind that has cursed him with social awkwardness has also blessed him with a photographic memory and superior powers of pattern recognition, so he is able to piece together a puzzle that stretches from the city’s meanest neighbourhoods to its pinnacles of privilege and authority.

Admirers of Lethem’s novel may find themselves puzzled by what Norton has done with it. He has moved the action backward in time and dramatically expanded its scope, replacing modesty, irony and charm with earnest, sometimes overstrained ambition. But filmmakers don’t owe literary works their reverence, just their intelligence, and Motherless Brooklyn is a very smart movie, bristling with ideas about history, politics, art and urban planning.

Norton’s taste in collaborators and themes is impeccable. The musical score, with its Elmer Bernstein echoes, is by Daniel Pemberton, and is supplemented by Wynton Marsalis’s fresh, precise interpretations of period-appropriate jazz classics. The big cast, playing a sprawling cross-section of the metropolitan population, is a remarkable collection of talent. The actors glide in and out of moments that are by turns intimate, absurd, frightening and poignant. The autumnal images were gathered by the great cinematographer Dick Pope. I’m trying to postpone saying why it doesn’t all quite work.

Lionel is one of a handful of shamuses — Bobby Cannavale, Ethan Suplee and Dallas Roberts play the others — known as Minna’s men. Frank Minna (Bruce Willis), their boss, rescued them from an orphanage when they were young, and trained them to be private detectives. A meeting with some unsavoury clients goes wrong and Frank ends up dead, leaving behind his business and a widow (Leslie Mann) who seems less than entirely heartbroken. It’s up to Lionel to figure out what happened. A trail of clues, hunches and accidents leads him down a rabbit hole of political intrigue and double-dealing.

He finds himself mixed up with equal-housing activists (Gugu Mbatha-Raw and Cherry Jones), a jazz trumpeter (Michael Kenneth Williams), a Harlem nightclub owner (Robert Ray Wisdom) and a wild-eyed ranter (Willem Dafoe). Somehow it all connects to Moses Randolph (Alec Baldwin), the unelected power broker and master builder who runs the city with a ruthless hand and absolute confidence in his own vision.

Randolph, played with the bullying dynamism that is Baldwin’s finest, strongest note, is traced over the likeness of Robert Moses, a storied and polarising figure in New York history. Norton places him, plausibly enough, at the centre of a tale of large-scale malfeasance and personal vice that suggests a variation on Chinatown. Post-war New York real estate takes the place of Depression-era Los Angeles water as the all-consuming obsession at the heart of the story. Lionel is the little guy who sticks his nose where it doesn’t belong and sniffs out the corruption of the big shots — the racism, petty cruelty and sexual depravity underneath the grand conspiracies.

His decency is the axis on which the story turns, and also the movie’s principal flaw. Lionel goes into battle without the armour of cynicism that most movie private eyes before him have worn; instead, he is clad in a righteousness that is ultimately hard to distinguish from vanity. Motherless Brooklyn devotes a lot of time to explanation, which may be necessary given the intricacy of the plot, but which turns into a lecture after a while. A fable of power dissipates in a fantasy of rescue. Lionel evolves a little too conveniently from misfit to paladin, from ally of the marginal and oppressed to their would-be saviour. He’s a kind of noble answer to the Joker, another beleaguered city dweller who explains his strange behavior with reference to a neurological condition.

The high-mindedness of the movie, its showy conviction that its heart is in the right place, dulls some of its political insights. And its grandiosity undermines the ragged pleasures of the genre. Norton seems to have decided that the best way to celebrate Lionel’s underdog scrappiness was to build a monument in its honour.