From star-crossed lovers to married couples, these movies explore the unpredictable nature of man-woman relationships 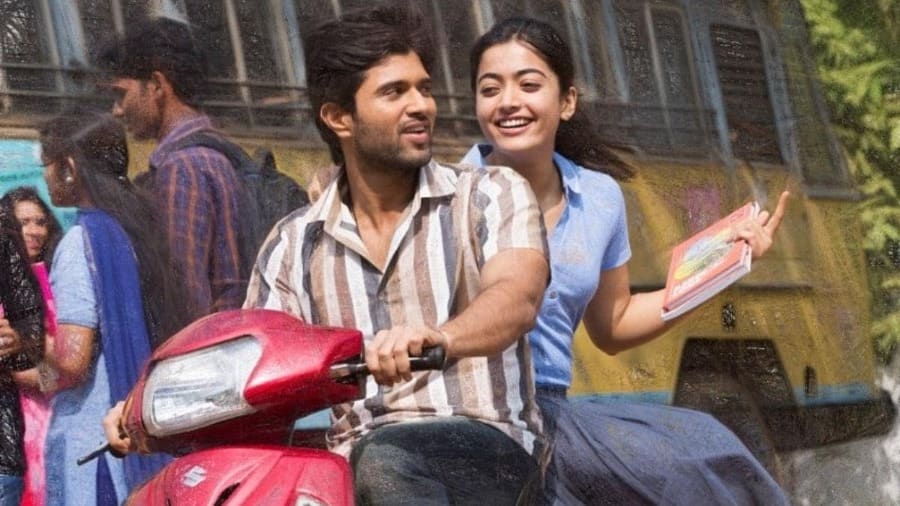 It could be love at first sight, or love that blooms like a slow burn. These five romcoms from south India will make you laugh and weep at once as they capture the topsy-turvy nature of relationships and look into the depths of lovelorn hearts.

Here are five recent films in south Indian languages on Amazon Prime Video that are themed on romance to make your heart flutter.

What’s romance if it doesn’t catch the light in the lover’s eye even when rubbed against the harsh grain of reality? Ashwath Marimuthu’s directorial debut effectively captures this duality through a tale of friendship, love and life. The 2020 film chronicles marital complications in the lives of Anu (played by Ritika Singh) and Arjun (played by Ashok Selvan).

After marriage, the lives of the couple, who were childhood friends, become laced with mutual distrust because of misunderstandings and miscommunications. It takes divine intervention and a unique journey for Arjun to realise his true feelings for Anu. This Tamil-language film combines elements of science fiction and magic realism as it embarks on a journey of rediscovering a love that was thought long lost.

Bharat Kamma’s 2019 film Dear Comrade concocts a delightful cocktail of romance and action before putting in a social message on its trail. Vijay Deverakonda and Rashmika Mandanna sparkle as two very characters who fall in love despite their contrasting personalities.

The film follows Deverakonda’s Bobby, a student union leader with anger issues. It’s love at first sight for Bobby as he falls for Lilly (Mandanna), his neighbour’s cousin and an aspiring cricketer. But Bobby’s anger problems ruin everything and he must first learn how to control his rage before even trying to reunite with his love. Along with the importance of conquering one’s darkest fears, Dear Comrade also highlights the value of having fast friends who will stand by their comrade in need.

This romantic sports drama, starring former real-life couple Naga Chaitanya and Samantha Ruth Prabhu, is one of the biggest romantic hits from down south. Helmed by Shiva Nirvana, Majili follows Poorna (Naga), an aspiring cricketer who falls in love with a young woman (played by Divyansha Kaushik). But when the girl’s parents force them to separate, Poorna takes to the bottle to drown his sorrow.

When the situation gets out of hand, Poorna’s father successfully urges him to marry his neighbour, Sravani (Samantha). Poorna eventually realises Sravani’s love for him and falls for her after a series of events. The theme of losing love and finding it again runs through the movie.

Adapted from the hit Turkish romantic drama Love Likes Coincidences, this G.R. Krishna-directed movie is the tale of two star-crossed lovers, played by Raj Tarun and Shalini Pandey, born on the same day. The slow-paced narrative pans out character details as the lead pair grow in the experience of love and loss.

Rather than a mere projection of the cosmic interplay of destiny, the film portrays each lover’s individual journey through thick and thin and tenderly unfolds their ways of grappling with separation. Mickey J Meyer’s brilliant soundtrack and background score sets the mood of the film.

Debutant director Senna Hegde’s 2018 romantic comedy Katheyondu Shuruvagide, which stars Diganth and Pooja Devariya, is the most straightforward and lighthearted romantic film on this list. It shows how Tarun (played by Diganth) struggles to keep his resort afloat in a scenic coastal part of Karnataka.

While dealing with life’s disappointments, he strikes up a beautiful bond with a guest, Tanya (played by Devariya). This connection helps both of them to realise a new meaning of love. The linear narrative beautifully presents the simple story of finding a companion when the odds are against you.