The Harry Potter writer’s spokesperson has called the prank ‘distasteful’ 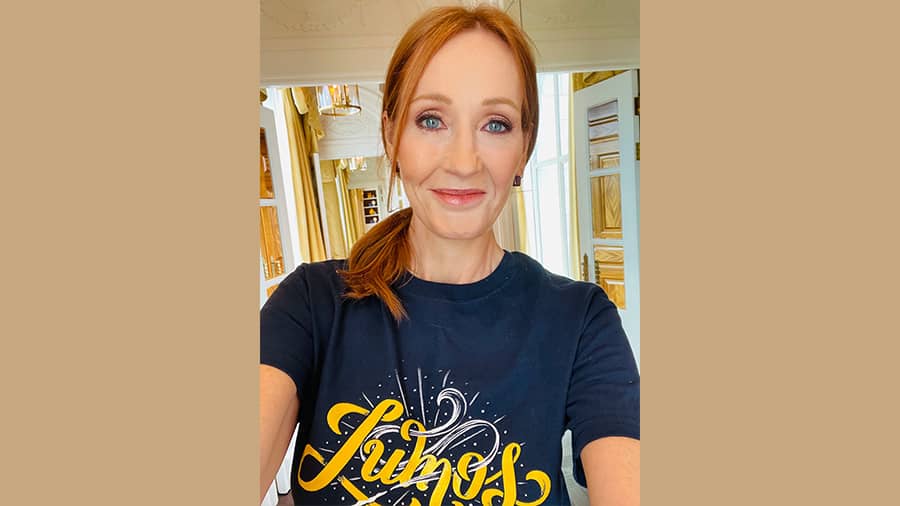 A video of Rowling in conversation with pranksters Vovan and Lexus impersonating Ukrainian president Volodymyr Zelenskyy has gone viral on the internet.

The conversation, which the pranksters initiated on pretext of discussing how Rowling and her charity Lumos can help the country, eventually ended with Rowling being bombarded with outlandish questions.

She was also shown a ‘skit’ by three people pretending to be ‘Ukrainian witches and wizards’ — the kind of characters the author brings to life through her books.

Rowling’s spokesperson told The Hollywood Reporter that the prank was “distasteful”. The writer was expecting to discuss her charitable work in the country and the pranksters reportedly had only their audio on during the call while Rowling had her video on, the spokesperson said. The author is yet to release an official statement on the prank.

Vovan and Lexus released a 14-minutes-11-second video of the call with Rowling on the Russian video streaming platform Rutube. The pranksters were not able to post the video on YouTube as they have been banned from the platform. However, clips of the video were also uploaded by random users on YouTube.

The comedians poked fun at the writer’s stance on genders and her take on the character Albus Dumbledor being gay.

They also made outlandish requests to the writer. They asked her if she could change the Z-shaped scar on Harry Potter’s forehead as the Russian military uses the Z symbol on their vehicles. They suggested that she changed it to a pro-Ukraine symbol like the trident from the country’s coat of arms.

Rowling’s charity Lumos has been working to provide aid to children in Ukraine. The pranksters demanded that the money sent by the charity be used to buy more weapons instead of helping children. The writer was told that the Ukrainian army had been instructed to write the words ‘Avada Kedavra’, the killing curse from Harry Potter, on missiles.

Rowling was also made to interact with three elderly people who the pranksters claimed were real witches and wizards helping the Ukrainian Army.

At the end of the call, the person pretending to be the Ukrainian president made Rowling say ‘Hello’ to Vovan and Lexus, revealing that she has been pranked.

Most of their prank calls have been seen as ‘harmless’. However, their call to US representative Adam Schiff was investigated as they had claimed to possess indecent photos of former US President Donald Trump. Their prank on British home secretary Priti Patel got them and their content banned on YouTube.