Shweta goes back in time

“I have grown up in a family where cinema, literature and music are highly valued" 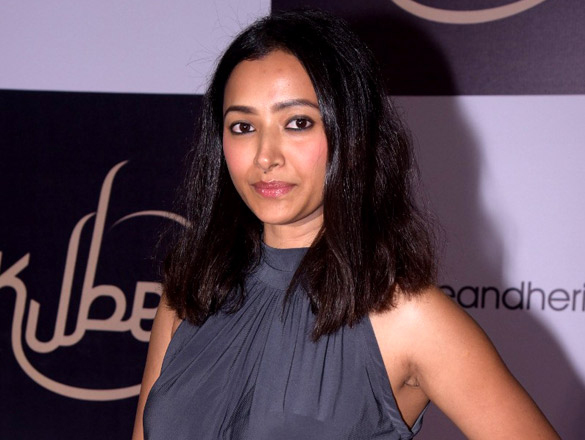 For Shweta Basu Prasad, her Valentine’s Day release this year, Shukranu, was a chance to relive lost-world charm. Writer-director Bishnu Dev Halder’s film Shukranu, meaning sperm, is a comic take on one of the darkest phases in Indian democracy — through the encounters of a would-be groom who is forcefully sterilised days before his wedding.

Shweta said when Halder narrated the story, she felt it was a film she must do. The film also stars Divyenndu of Pyaar Ka Punchnama and Toilet: Ek Prem Katha fame.

“It is a refreshing story and as we speak of Emergency — it was a debatable topic as it was the most dark chapter in Indian political history. We are speaking in the backdrop of a common man who is affected by the sterilisation. His wife, friends, family and job, everything is affected; it’s a lesson for us as to how political decisions affect the common man,” the actress, who adopted a 70s look for the role, said.

Shweta was extremely happy about the look because it took her back home.

“I have grown up in a family where cinema, literature and music are highly valued. I have grown up watching Satyajit Ray, Hrishikesh Mukherjee, Basu Chatterjee, Ritwik Ghatak, Raj Kapoor; listening to SD Burman, RD, Kishore Kumar and Salil Chowdhury.

“The moment he (Halder) said my whole look was designed on Sharmila Tagore, an orchestra started playing in my mind. I would steal a lot of saris from my nani’s cupboard. They were very Vidya Sinha from Chhoti Si Baat and when I see those saris, the song Jaan-e-man, jaan-e-man starts playing in my mind.

“Those bouffant, the winged liners... at the most you can wear them at 70s-inspired parties now. So here I was happy to do it through an entire film. We were living that period when there were (wired) telephones, Vespas, Fiat cars and Parveen Babi posters. It’s a lost-world charm and so beautiful,” the 29-year-old actress added.

Going on about the role, she said: “It was fun playing a pregnant woman. I have seen my cousins and friends go through the beautiful journey of being a mother and I tried to copy them.”

On the personal front, she has ended her marriage to filmmaker Rohit Mittal. “I have no regrets,” she added. “I loved that man but things didn’t work out. We cordially separated. We had our own reasons but I don’t want to reveal the details. We are still in touch and are cordial towards each other. He is a good filmmaker and I have immense respect. I hope he succeeds leaps and bounds in life.”

Shweta has five projects in her kitty —three web films and two series, including Sudhir Mishra’s Serious Men, a Netflix Original with Nawazuddin Siddiqui and Gaurav Mehra’s Jamun where she plays a cross-eyed girl who hits a roadblock in getting married.