Advertisement
Home / Entertainment / In The Telegraph’s regional recco this week, we look at Astitva

In The Telegraph’s regional recco this week, we look at Astitva 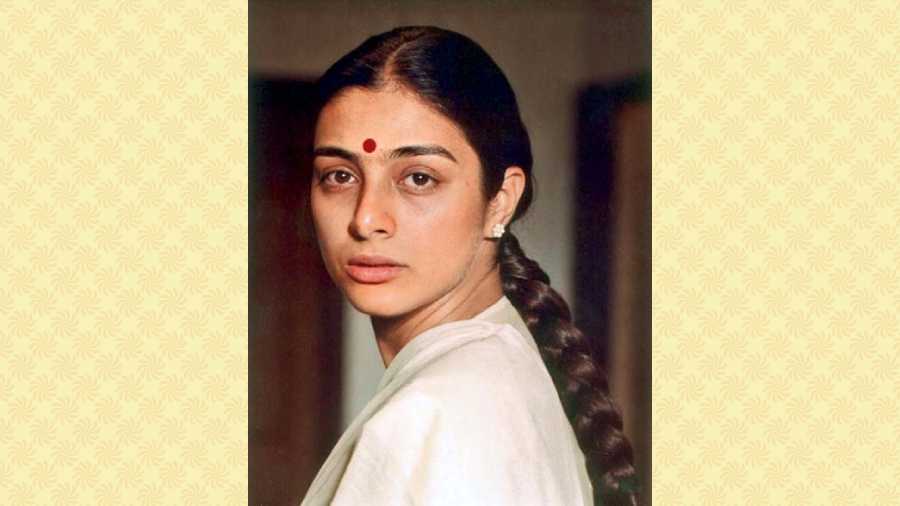 Astitva, a Marathi film directed by Mahesh Manjrekar, released in 2000. To say it was way ahead of its times is a statement that denies the feature its own acknowledgement. It revolves around a seemingly perfect household of the Pandits —  Shreekant (Sachin Khedekar), his wife Aditi (Tabu), and their son Aniket (Sunil Barve), who is soon to be engaged to Revati (Namrata Shirodkar). The first point of access that strikes very early in the family drama is Tabu as the protagonist, Aditi. Tabu, then in the early run of her career, starred as a mother of a soon-to-be married son.

Bespectacled, hair pulled back, and with a big bindi on her forehead, Tabu’s embodiment of a woman way older than her age was bewildering. Here stood a female actor who dared to look older. Tabu defied and defined what it meant to be a leading lady way before it was cool. In a career filled with memorable performances, Astitva’s Aditi holds a special place.

In the first 15 minutes of Astitva, Shreekant Pandit, the breadwinner of the family, married for more than two decades, makes his views clear for his guests at home (and mainly for the viewers). A married woman must not have any need to work outside. She must devote her time and her life to raising the family — playing the perfect wife, mother and caregiver. The entire identity of a woman is to be measured around the man. He sees no need to be apologetic about it. This is how it is. He works outside, earns money and his wife takes care of the house and raises the child. Later it is revealed in flashbacks that Aditi did want to work in Shreekant’s absence, when he used to be away from home for his business. When Aditi asks for her husband’s permission, Shreekant does not even consider it to be a serious proposition.

Astitva, which means self-identity, pivots around Aditi’s position in the household — her playing the pre-defined role of the perfect wife and nurturing mother seemingly hides a decades-long secret. Even if Astitva anticipates the twist with a certain overtone, Aditi manages to give away the guilt in short gestures. This secret, or what Aditi calls “a moment of weakness” will ultimately shake the foundations of her existence, and challenge her to realise that her identity lies beyond her ideals. The secret creeps its way first through a postal arrival registered in the name of Aditi. Shree opens the envelope without any need to ask her and finds out that his wife has been left with an individual’s entire life savings. Aditi is shocked when Shree blurts out the sender’s name — Malhar Kamat (Mohnish Behl), her music teacher, who is then introduced to us in flashbacks.

The rest of Astitva plays out mostly through a series of flashbacks and revelations. Although melodramatic and tonally inconsistent at times, Manjrekar still arrives at a fertile ground for questioning patriarchal concepts and generational ideals for women. Manjrekar keeps the narrative focused on this family, where the only links from the outside world are the guests Dr Ravi Bapat (Ravindra Mankani) and his wife Meghna (Smita Jayakar) who immediately spot Shreekant’s shallow mindset. Also present is Revati, whose presence will be important in the later scenes. The focus mostly remains on Aditi, who comes into her own as the plot progresses.

In the early scenes, there is little exposition as to what Aditi thinks or feels. All her actions are shown through the lens of Shreekant’s point of view. It is only when her secret is revealed, when there is a gradual shift, do the viewers understand her point of view steadily. Aditi recoils in guilt and reevaluates her position in the house.

Tabu brings immense restraint to a character which, oftentimes, is unable to express herself properly. She is a passive reactor, accustomed to her husband’s ways. Yet, she holds her own with honesty and grace when her husband exposes her in front of his friends. It leads up to a monologue in the climax where Aditi holds nothing back. She categorically calls out Shreekant on his extramarital affairs and questions why it is that only she has to shoulder the blame. It is the narrow viewpoint she targets, not her husband. “Apna khayal rakhna Shree... khud,” she says and chooses to walk out of the house. Her identity will no longer be dictated from the standpoint of her husband.

Astitva is an important film that focuses on the issues of male chauvinism and the rampant hypocrisy in the way society treats a woman, where she will always be held to a higher moral standard. Aditi makes her opinion clear, that the sanctity of a relationship must not be the onus of only the woman. It works both ways. Even after two decades, Astitva has not lost any of its relevance. Its deep-rooted examination of patriarchy effectively mirrors the manner in which women continue to be mistreated — inside the house and outside it.